The seven-time champion ended the loop with a 5.2s advantage over teammate Evans having started the day 1.4s in arrears.

A head-to-head title battle between Ogier and Evans went up another notch as the rally lead changed hands three times across four stages.

Ogier regained the lead on the first test (stage 8) but then lost the advantage as Evans won stage 9, before the former grabbed the lead back by winning stage 10. The Frenchman then extended that lead by taking stage 11 to remain on course to win an eighth world title.

Sordo ended the loop 28.2s behind but ahead of Neuville, while Oliver Solberg maintained his strong showing in fifth. Takamoto Katsuta (Toyota), Teemu Suninen (Hyundai), Gus Greensmith (M-Sport-Ford) and Kalle Rovanpera, who is under team orders to run a conservative pace completed the WRC runners.

It was Neuville who came out of the blocks quickest as action got underway with a 14.80km pass through the twisting hairpin-laden Bergamo mountain roads of San Fermo.

The Belgian claimed his second stage win of the rally as he stepped up his pursuit of the lead two Evans and Ogier.

"I tried. I hope we can catch back some time - we are only 20s behind,” said Neuville. 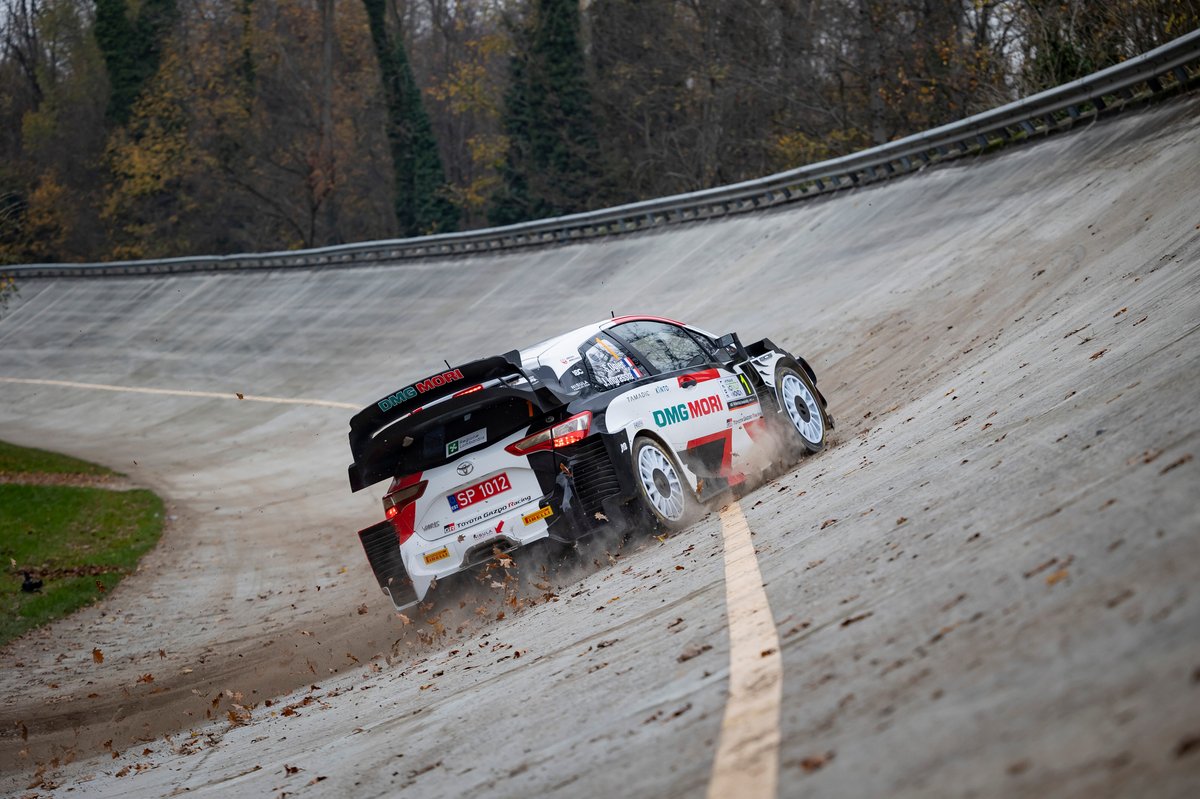 Ogier emerged as Neuville’s nearest rival on the test but reached the stop control 1.7s slower. However, the Frenchman was crucially 2.9s faster than title rival Evans, which was enough to leap back into the lead of the rally by 1.5s.

"It was a new stage, so I was also not really on it,” said Ogier. “I enjoyed driving the car, but I don't want to go too full risk."

Evans added: ”It wasn't the best stage. I struggled for grip and seemed to be sliding a lot more than expected.”

Evans was fourth fastest behind Sordo in third and Solberg in fifth, as the Swede showed his Friday pace was not a fluke.

M-Sport’s Adrien Fourmaux returned to action after repairs were completed to his Fiesta following a roll in Friday’s stage 3.

Neuville’s fast start to the morning was halted by an armco barrier 0.5km into stage 9. The Hyundai driver lost the rear of his i20 on a long, fast right hander that resulted in a heavy frontal impact with the barriers, spinning the car.

Despite the hefty hit and damage to the front of his car, Neuville continued at decent pace. The Belgian reached the stage finish with the ninth fastest time, although the time loss demoted him to fourth overall behind Sordo, who finished the stage in second.

"Very early on I lost the rear. I did some set-up changes before the stage and with the tyres not 100 per cent warm I started to slide," said Neuville.

“I was so close to making the corner but I didn't. I lost the time re-starting the car basically.”

There was plenty of excitement at the front as Evans reclaimed the rally lead he lost on the previous stage by winning the test with 3.8s margin over third fastest Ogier.

Solberg was fifth quickest but was unhappy with his drive labelling his driving as “absolutely terrible”. Meanwhile, Greensmith was without the full use of his brakes which dropped him into the clutches of Suninen as the battle for seventh intensified. 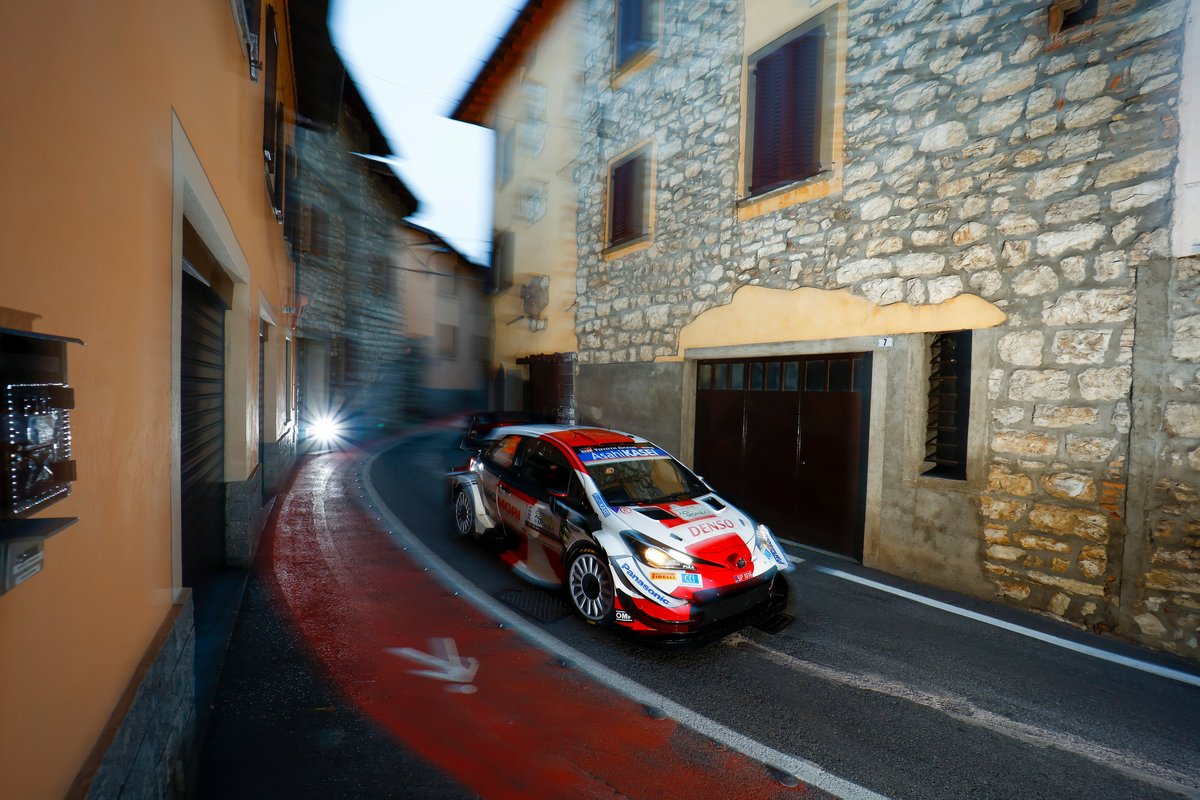 The lead changed hands for a third time as Ogier won stage 12, the repeat of the morning’s first blast through San Fermo.

Ogier clinched his fourth stage win of the rally by 3.4s on Evans, ensuring he headed into the morning’s final stage with a 1.1s lead.

“I know that for you, it looks like a battle, but I keep focussing on my drive only,” said Ogier.

Evans added: “To be honest, it felt like a good run. We were smooth, but obviously not quite fast enough.”

Incredibly Neuville was second fastest and only 1.7s shy of Ogier despite the heavy damage to the front of his car. Suninen climbed to seventh overall after his best showing in a Hyundai to date resulted in the third fastest time ahead of Solberg and Sordo, who set identical times, with Evans only sixth.

Ogier then extended his advantage before midday service by winning stage 11 as Evans dropped 4.1s behind his rival.

Brake issues continued for Greensmith, while Suninen was lucky to reach the finish when his left rear made contact with a barrier at a hairpin, causing damage to the car.

The rally continues this afternoon with two blasts around a stage at the Monza grand prix circuit.