The eight-time world champion and eight-time Monte Carlo winner kicked off his partial WRC season in style to head into Friday with a 6.0s lead over Toyota teammate Elfyn Evans.

New M-Sport signing Ott Tanak ended the opening tests in third, 15.4s adrift despite being without fifth gear aboard his Ford Puma.

Thierry Neuville led Hyundai’s charge in fourth but was lucky not fall further down the leaderboard after he was caught out by black ice in Stage 2.

The event began with one of the most iconic stages in rallying with the famous run up to the Col de Turini under the cover of darkness. Unlike previous seasons, crew were greeted by bone dry tarmac.

It was Ogier who set the pace as the Monte Carlo master once again showed his class to post the benchmark time to claim the first stage win of the year.

”A clean start for us," said Ogier. "Anybody who says the nerves are not there either has a problem or is lying.”

Toyota team-mate Evans produced a strong effort in a bid to topple his stablemate, reaching the stage end only 1.3s in arrears. The Welshman was surprised by his turn of speed.

Neuville emerged as the best of the three Hyundais in third, but was 6.0s adrift of the blistering pace set by Ogier. 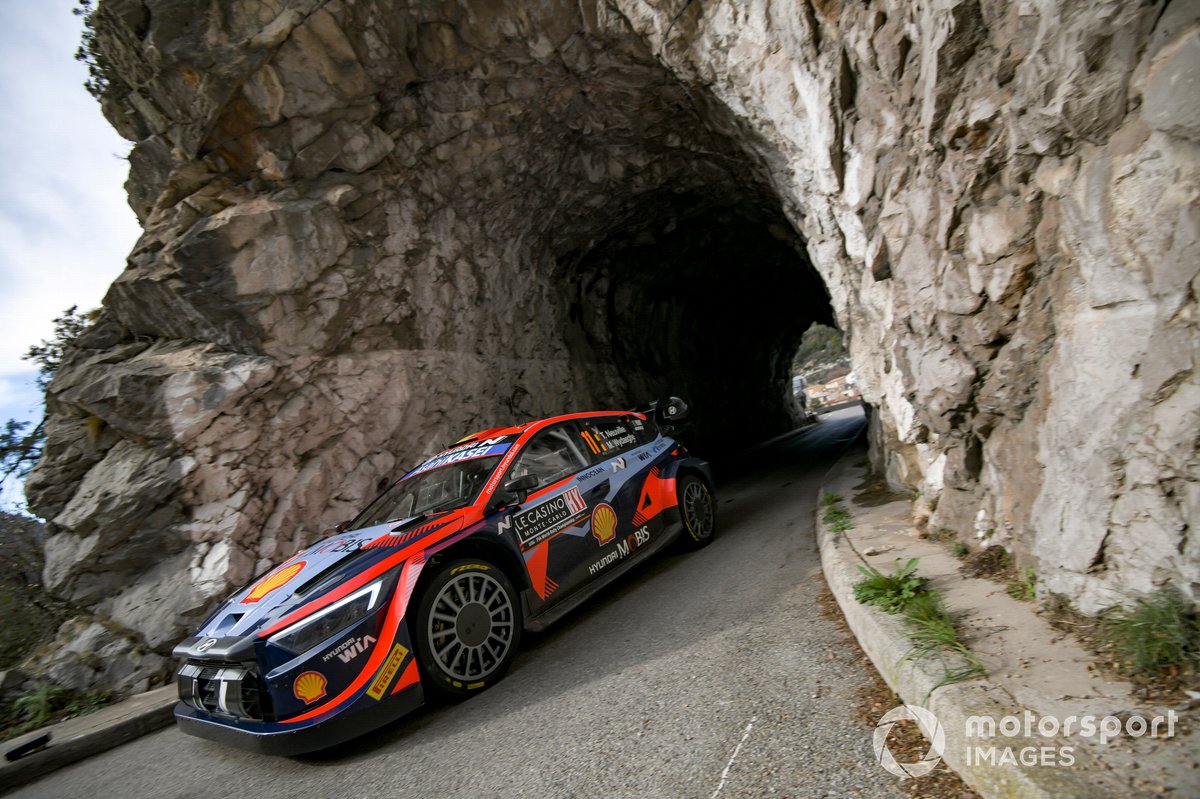 Toyota’s Katsuta was 0.9s further behind with the Japanese driver ahead of world champion Rovanpera, who shipped 7.4s.

Tanak’s start to life at M-Sport didn’t get off that well after suffering an electrical issue on the road section to the stage. The Estonian then lost the use of fifth gear in the stage, but managed to reach the finish only losing 8.6s.

“We can't use fifth gear and every gear change is a pain, we will try to get it home,” said Tanak.

Lappi, the driver who replaced Tanak at Hyundai, struggled to be immediately at one with his i20 N, although the Finn was faster than his more experienced team-mate Sordo.

The following test Stage 2, and the longest of the rally at 24.9km, provided plenty of drama thanks to patches of black ice.

First Rovanpera ran wide at tight left hander 10.5km in to the test, before Neuville suffered the first major moment of the season when he slide wide at the exact same corner. However, the Belgian’s moment was far worse as he found a bank and stalled his i20 N.

"I don't know what happened to be honest,” said Neuville. "There was zero grip and I was not the first one to go wide there for sure. I could see the lines but I was already too late. I lost probably seven or eight seconds because the car stalled."

Luckily Neuville was able to continue but lost 9.5s to rally leader Ogier, who stormed through the tricky test to claim a second stage win. 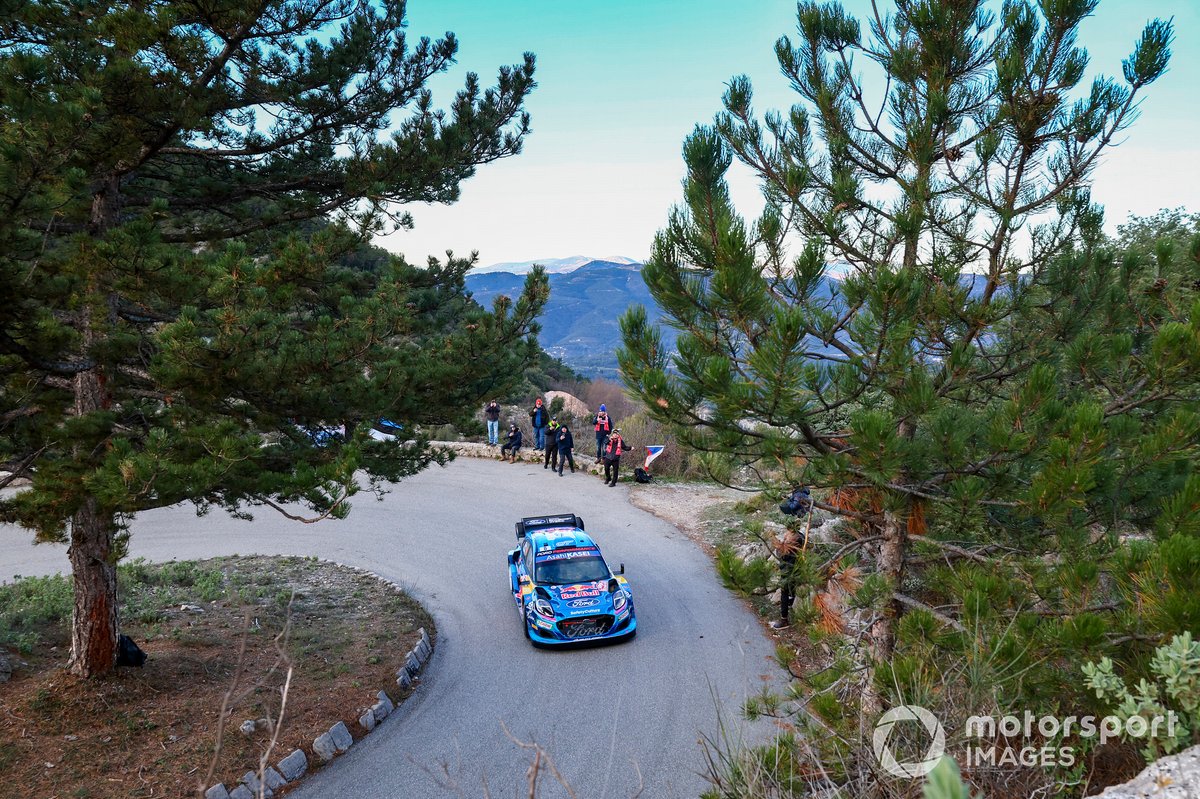 Evans emerged as Ogier’s nearest rival, albeit 4.7s slower, while Tanak, who continued to suffer issues with his Puma was third, 6.8s adrift.

After the small error on the ice, Rovanpera came through to post the fifth fastest time ahead of Sordo, Loubet and Lappi.

Katsuta slid down the leaderboard after dropping 50.1s in the stage with what was largely attributed to a handbrake issue that made navigating the tight hairpins tricky.

The rally continues on Friday with a further six stages scheduled, totalling 105.34km.

Abiteboul: What the WRC can learn from Formula 1