Eight-time world champion Ogier is yet to beaten in Monte Carlo this year, having won the five stages to date. The feat was made even more impressive given the Toyota driver was without hybrid boost for two of the three stages this morning.

Ogier’s advantage heading into the afternoon loop has ballooned to 32.7s after Evans suffered a right -ear puncture on Stage 5, which dropped him from second to fifth.

M-Sport’s Ott Tanak completed the loop in fourth overall as the 2019 world champion continued to learn the Ford Puma following his off season move from Hyundai. 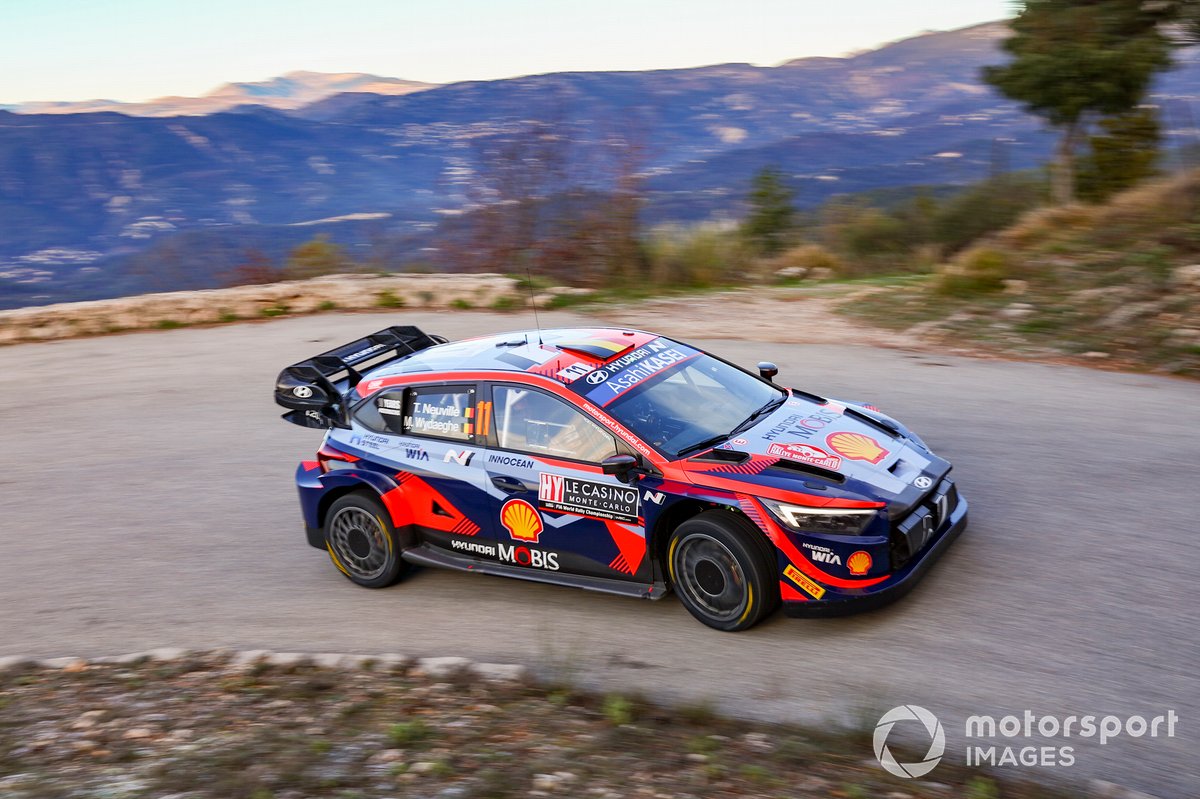 Ogier picked up from where he left off on Thursday night. The Frenchman was again the man to beat as the field faced the first daylight stages of the rally. Road conditions remained dry although there was snow on the hillsides as temperatures hovered below freezing.

Making the most of his Monte Carlo experience, Ogier, who was the only Rally1 driver to carry one spare tyre, opened the morning by winning Stage 3.

"The truth is we don't have so many soft tyres for the rally, so you can not take too many,” said Ogier.

It was Toyota team-mate Evans that once again emerged as Ogier’s nearest rival, but the Welshman dropped 3.2s, which allowed Ogier to extend his overall lead.

Rovanpera, running a split of soft and super soft tyres, passed through the blend of fast and technical roads to post the third-fastest time, 6.1s adrift. The time was enough to briefly rise to third overall, ahead of rivals Neuville and Tanak, who were unable to match the pace of the Toyotas.

Neuville struggled with the turn in and movement of his i20 N while Tanak continued to acclimatise to the M-Sport Ford Puma. As a result, Tanak dropped from third to fifth, but only 0.2s departed Rovanpera, Neuville and Tanak in the overall rankings.

Ogier’s perfect start continued on Stage 4 but he was made to work hard for his stage win. A hybrid issue meant his GR Yaris was not at its fastest but it was still quick enough to log a benchmark time, 2.1s faster than the chasing Evans.

Neuville was third-fastest on the stage which lifted him to third overall, while Katsuta displayed his potential as the Japanese set a time good enough for fourth-fastest, 6.0s adrift. The time arrived despite a slow puncture. 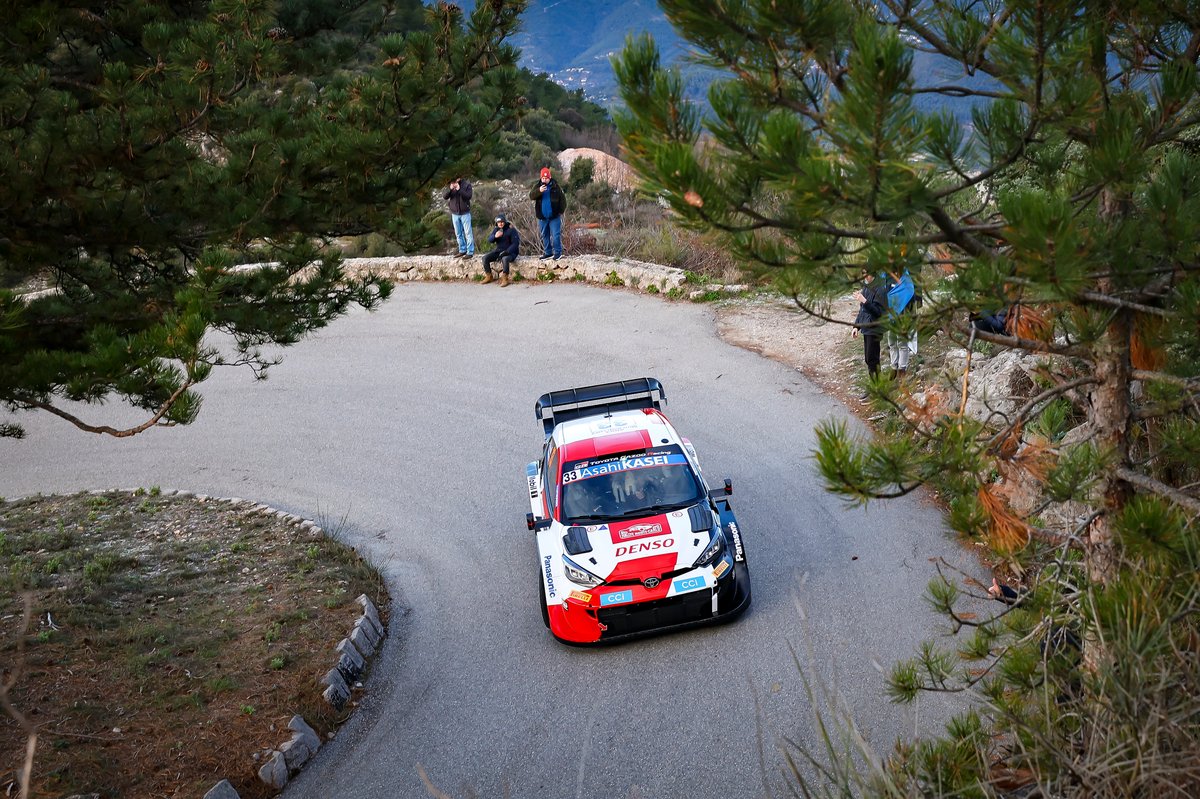 Starting first on the road, Rovanpera faced arguably the trickiest of the conditions due to the salt on the roads, designed to clear the ice. The Finn dropped 10s on the slippery surface, while Tanak, second on the road, shipped 7.8s.

The hybrid issue continued for Ogier in Stage 5 but it didn’t stop him from maintaining his dream start to the rally.

Ogier somehow managed to compensate for the loss of speed to pip Rovanpera by 1.3s to the stage win.

"Of course I am pushing flat-out to be honest but the feeling is good,” said Ogier. "Apart from that [the hybrid issue] the car is working well."

Rovanpera’s own run through the 14.55km test was far from ideal after clouting a barrier with the right-rear of his GR Yaris following a wild slide at a left hander.

"It was the first real braking section of the stage,” said Rovanpera. “I had less grip than I expected and I just ran a bit wide. It was quite a tricky loop and I think the tyre choice was not perfect.”

There was plenty of drama in the stage as Evans' hopes of staying in touch with Ogier were dashed by a right rear puncture towards the end of the stage.

There was further drama as M-Sport’s Pierre-Louis Loubet ran off the road at a tight hairpin left. His Ford Puma clouted a rock which left the Frenchman without power steering for the remainder of the stage and subsequently fell from seventh to ninth overall.

Nikolay Gryazin set the pace in WRC2 to open up a 22.7s lead over Citroen’s Yohan Rossel.

Crews will repeat the morning stages this afternoon to compete Friday’s leg of the rally.