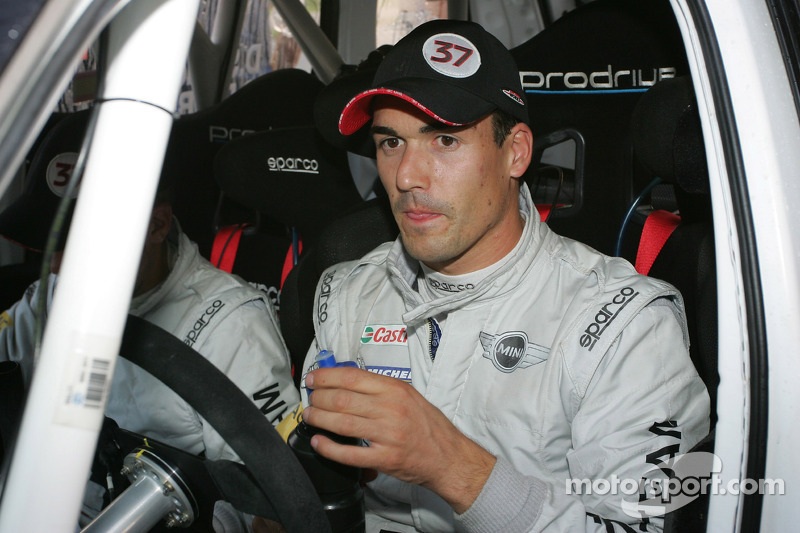 With two FIA World Championship Rallies behind it, the MINI WRC Team is now ready for its next test and that will be on the asphalt stages in [this] week’s ADAC Rally Germany. This will be the first WRC event of the year on this surface for not only Dani Sordo (ES) and Carlos del Barrio (ES) in the MINI John Cooper Works WRC number 37, and Kris Meeke (GB) and Paul Nagle (IR) in the number 52 car, but also the rest of the competitors in the championship. 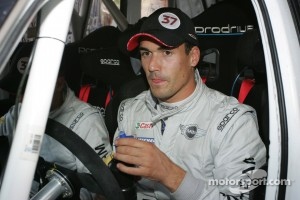 The drivers have put in many kilometres of testing in readiness for this asphalt debut, and this is even continuing this weekend in the UK with the team competing on the Richard Burns Memorial Rally, at RAF Marham in Norfolk. Also contesting the event in Norfolk, in preparation for Germany, in a customer MINI John Cooper Works WRC is Pierre Campana (FR). The 26-year-old has just been given backing by the FFSA, the French motorsport federation. This means the driver from Corsica will be following in the footsteps of his two very famous rallying countrymen, Sebastien Loeb and Sebastien Ogier, who also received this support early on in their careers.

“We have high expectations going into Rally Germany. The MINI has shown a great deal of promise in recent tarmac tests in Germany and Italy and both drivers have told me how much confidence they have in the set up. Dani, in particular, very much likes this rally and I know that he and Kris have traded times on these stages in the past. Unlike Finland, where our number one priority was to get valuable competitive mileage on the car, in Germany we will be looking for both drivers to begin to demonstrate the true performance of the MINI.”

“This is a rally I am really looking forward to. I like the stages in all three areas – the vineyards, the military training ground and the normal roads. It has lots of hairpins, which are very different to the tight corners we get in Spain. I always remember the military training area of Baumholder, as there are some very big rocks there so you have to be careful not to get punctures. I particularly enjoy driving in the vineyards as these roads are narrow and fast. The fans who come to watch us in their thousands are really nice. Obviously rallying is very popular in Germany, and so it will be good for us to have some ‘home’ support this year for the MINI.”

“I think it is a fantastic rally. I have done it three times before, and all of these have been good experiences. The stages are demanding and, because of the different surfaces, it is more like three rallies in one. You have the vineyards, Baumholder and the Saarland region. The weather can also be very changeable there, so this is another challenge. The year I remember best was in 2005 in the junior category when I was fighting with Dani, and after three days with two stages to go we were just six seconds apart. Unfortunately I then had a puncture, but it was a fantastic battle. I also like the event because it is very popular with the fans. It is based in central Europe so it is easy for the spectators to get there. I know I shall have lots of support as many of my friends from home are heading there.”

This rally joined the WRC in 2002 and since then it has been won every year by the reigning world champion, Sebastien Loeb (FR). However, this rally actually started back in 1982 and then was based in Frankfurt am Main. Since then it has moved several times and has been at its current location of Trier, Germany’s oldest city based in the Mosel wine growing region, since 2000. It is the first asphalt rally of the 2011 season, but over the three days there are three different types of sealed surfaces for the stages. On Day 1 it is the vineyards, on Day 2 it is the normal roads in the Saarland region and the military training ground of Baumholder, where there are large boulders on the side of the roads and these are known as hinkelsteins, while Day 3 sees the crews returning to the vineyards and the Power Stage on Sunday afternoon is at the famous Circus Maximus in the centre of Trier.

The event’s ceremonial start is on Thursday, 18th August in Trier at Porta Nigra at 20.00. However, the competition doesn’t start until the next morning. The first car leaves the service park at 09.30 and the first of the day’s six stages is at 10.13. The first day of action is over 133.14 kilometres and the first car is due back at the service park at 18.18. Day two starts at 07.00 from Trier and after eight stages, covering 150.14 kilometres, returns to service at 20.17. Then for the third and final day of action the start is at 07.00 and then there are five stages over 76.31 kilometres before the cars are due into service from 14.29, with the podium ceremony at 16.45. The rally was the longest last year in the WRC in terms of competitive mileage and this year there are 359.59 kilometres in a total route of 1,245.96 kilometres.