Subscribe
Previous / What could have been: When Carlos Sainz's Le Mans debut was scuppered Next / Tanak confident Hyundai can “fight hard” in 2022 WRC
WRC News

The World Rally Championship could return to Argentina next year after new FIA president Mohammed Ben Sulayem said talks to bring the championship back to South America are underway.

By:
Tom Howard
Co-author:
Sergio Lillo
Listen to this article

Rally Argentina has been absent from the WRC schedule since 2019, with the proposed 2020 event cancelled due to the COVID-19 health crisis.

As the work continues to grapple with the pandemic, the WRC elected to steer away from long flyaway events, meaning South America wasn't represented on the 2021 schedule, that ultimately consisted in only one round outside of Europe, courtesy of Kenya's Safari Rally.

This year the WRC has revealed a 13-round calendar featuring long haul events in New Zealand and Japan, but again South America is absent from the schedule. There is one round in August yet to be confirmed although it is widely believed to be filled by Rally Northern Ireland.

Rally Argentina boasts a storied history with the WRC having featured on the calendar since 1980, with only the 1995 and 2010 editions not part of the WRC programme.

Speaking at the Dakar Rally, Sulayem, a former Rally Argentina competitor, said the FIA is negotiating with promoters in Argentina and a 2023 return of the tough gravel event is not out of the question.

"Yes. We are negotiating," said the new FIA president when asked if Argentina could return to the WRC calendar in 2023.

"First of all, I drove in Argentina a few times so I have good memories there, in terms of accepting the motorsport, and also the results that I have, so it's always good memories.

"Argentina is a big country. Argentina has a culture of motorsport and rallying in particular, more than that we have to have a more dialogue with the promoter, with the ASN, [which] is very important. 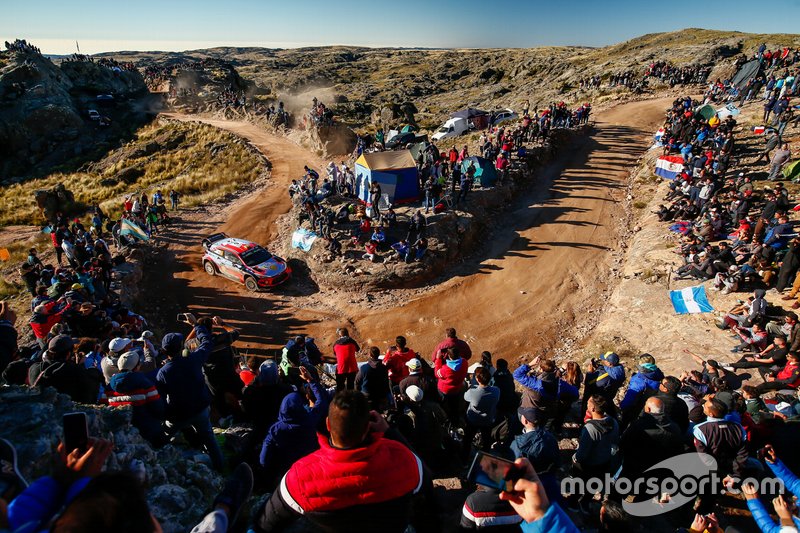 "We have to have stability, sustainability of the events. I'm studying the contracts, and when it comes to how many years we are having with the contracts, with the promoters.

"But if you bring the WRC to Argentina, it's not new. It has been there. So we just have to work something that has to come from itself, from the government, and the FIA and the promoter.

"So we'll see. Water doesn't go uphill, it goes downhill, so it has to come from the government. I believe the government has big history and involvement also with rallying and specifically rallying."

The WRC will begin its new Rally1 hybrid era later this month hen the 2022 season begins at the famous Monte Carlo Rally from 20-23 January.