The 2019 world champion produced a faultless display, while fighting his i20 N, to win two of the four completed stages and open up a slender 6.2 lead over Lappi.

Lappi, aided by a more favourable road position, took the fight to Tanak from the outset leading Toyota’s charge. The Finn won Stage 3 but lost 0.9s to his rival on the morning’s final test.

Although disadvantaged by starting first on the road, championship leader Kalle Rovanpera only dropped 15.3s to hold fifth in front of Toyota’s Takamoto Katsuta and overnight leader Thierry Neuville (Hyundai).

Despite not being completely happy with the handling of his car, Tanak pushed hard to win the event’s first forest stage and move into the rally lead.

Rally favourite Rovanpera dropped 6.3s to Tanak during the stage after revealing there was more cleaning than he expected being first on the road.

Rovanpera’s Toyota teammate Katsuta lost ground to a 360 degree spin, while Loubet was lucky to finish after touching a rock on the apex of a corner.

However, there was a more serious drama for Oliver Solberg after his i20 N snapped doing a left hander resulting in a heavy crash that damaged the car’s roll cage. An emotional Solberg explained he had no chance in saving the car, which has now been retired from the event. 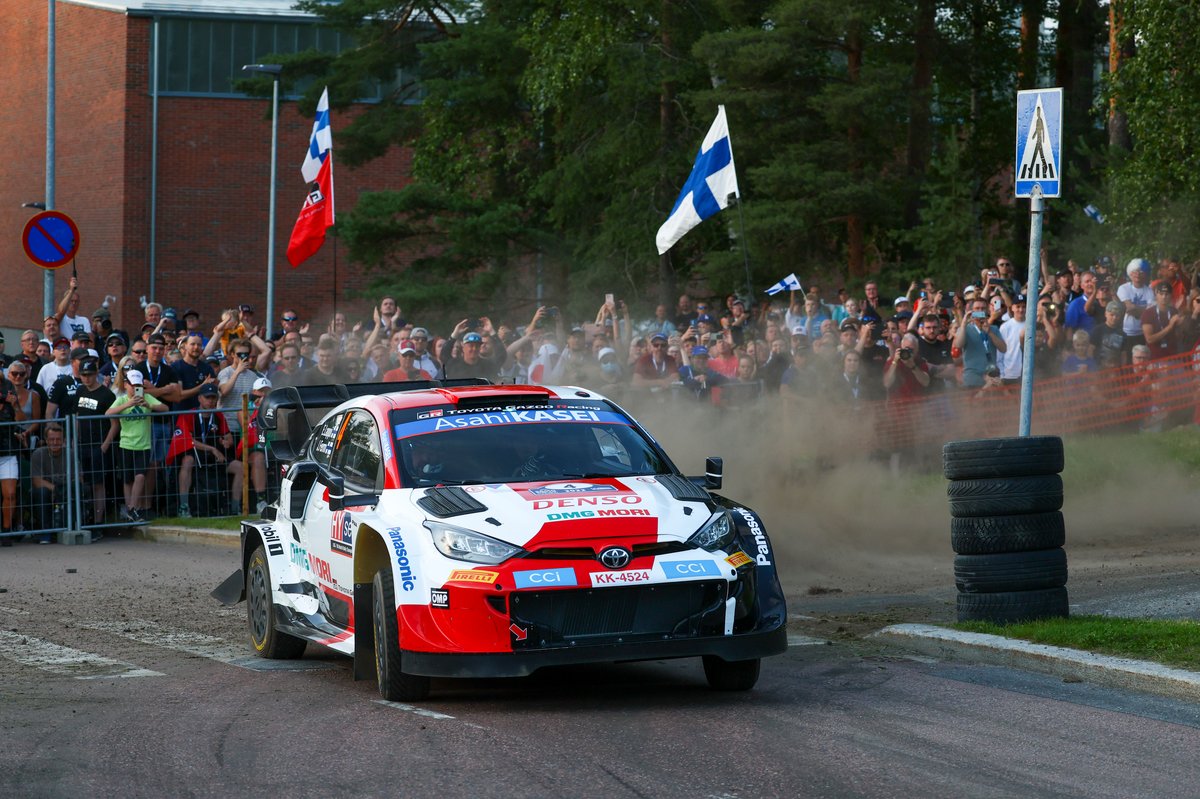 Lappi once again outlined his strong start to the day by edging Tanak by 0.3s to win Stage 3.

Breen was third fastest to maintain fourth overall behind Evans, who was 0.2s slower than Rovanpera as the Finn ended the opening two stages 10.8s adrift of leader Tanak in fifth overall.

There was drama for M-Sport’s Fourmaux when the Frenchman clipped a rock in a ditch with his Ford Puma's front right, which forced the 27-year-old to stop seven kilometres into the stage.

Fourmaux and co-driver Alexandre Coria were able to compete a repair using cable ties to allow them to slowly complete the stage, but lost almost 17 minutes in the process. The pair had been sitting seventh before the incident.

Tanak’s impressive charge in an uncomfortable i20 N continued on Stage 4 as the Estonian responded to Lappi by taking a second stage win to extend his lead to 5.4s. This time only 0.4s separated the duo on the test.

Evans produced a clean run to log the third best time but the Welshman wasn’t completely comfortable. Breen also maintained his strong start to keep pace with Evans to remain in the battle at the front, while Rovanpera was only 2.5s adrift.

Further back, Loubet lost time to stall at the start of the stage while team-mate Fourmaux suffered more misfortune when a power steering leak on his Puma cost him even more time.

Luckily Fourmaux avoided losing more time when organisers cancelled Stage 5 due to safety concerns over the amount of spectators lining the roads.

The final stage of the loop, a second pass through Thursday night’s super special, was won by Katsuta, who managed to pip Neuville and Tanak by 0.1s. Rookie Huttunen impressed to set the fourth quickest time, while Rovanpera lost 2.1s on the short 3.48km blast.