The Belgian produced a committed run through the 3.48km tight and technical tarmac/gravel super special held in the city of Jyvaskyla.

Despite not feeling completely comfortable in his i20 N, Neuville ended the stage 1.2s quicker than team-mate Tanak.

"I always like the super special stages and I had some great fun in there, but tomorrow is a whole different world. At the moment I do not feel comfortable,” said Neuville.

“We made some set-up changes in shakedown and I'm crossing my fingers that tomorrow I will have a better feeling.”

Tanak was also fighting his i20 N through the stage, describing his car as “living its own life”, but the two-time Rally Finland winner did enough to beat the Toyota quartet. 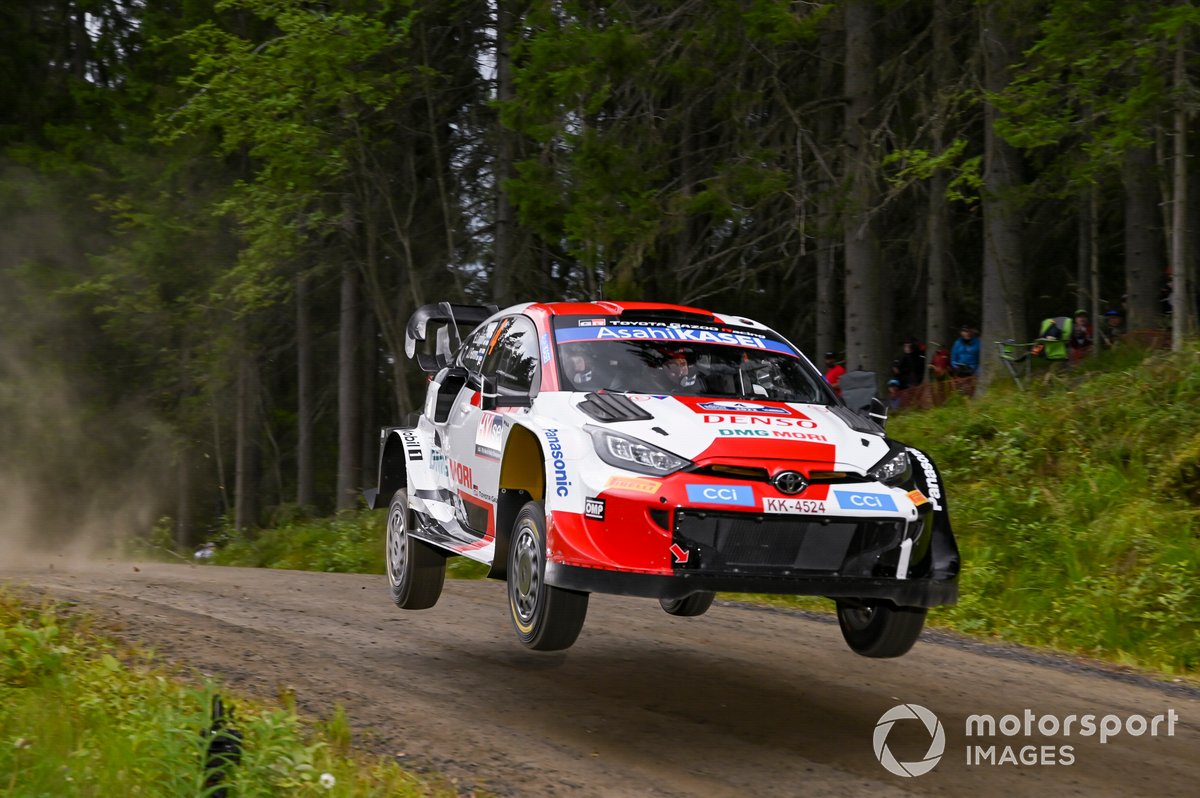 The Japanese driver was 2.6s adrift of Neuville and 0.1s faster than home hero Kalle Rovanpera, who was greeted by huge cheers from a bumper home crowd that flocked to the stage.

M-Sport’s WRC debutant Jari Huttunen was the first Rally1 entry to tackle the stage, with the Finn posting an impressive rally benchmark on board his Ford Puma that was good enough for fifth, 3.2s shy of Neuville.

"It was an amazing feeling,” said Huttunen, who is managed by two-time world champion Marcus Gronholm.

“I am happy that I didn't hit anything, so for me I think it's going quite well! It's nice to feel the power when you open the throttle.”

M-Sport’s Adrien Fourmaux rounded out the top 10, finishing in front of team-mates Craig Breen, who hit a bale in the stage, and Gus Greensmith.

The rally continues on Friday, with WRC crews set to tackle nine competitive stages across the day.