Kalle Rovanpera produced a near-perfect drive to pull clear of Toyota team-mate Elfyn Evans at Rally Estonia to edge closer to a fifth World Rally Championship win of the season.

The Toyota driver won seven of the nine stages as he blitzed his rivals across a challenging Saturday punctuated by intermittent rain showers.

Evans won the day’s opening test before Rovanpera rattled off seven consecutive stage wins to open up a 29.1s lead over the Welshman heading into Sunday’s final six stages.

Hyundai’s Ott Tanak was unable to mount a challenge to the two Toyota drivers, leaving the four-time Rally Estonia winner third, some 1m11.5s in arrears.

Team-mate Thierry Neuville endured a relative quiet run to end the day in fourth after benefiting from a puncture for Toyota’s Esapekka Lappi incurred during the morning loop.

Unable to match the frontrunners, Neuville was 2m20.3s adrift, but a more than minute ahead of fifth-placed Takamoto Katsuta. M-Sport’s Adrien Fourmaux ended the day 10.9s behind the Japanese driver in sixth, with Lappi seventh.

The M-Sport pair of Pierre-Louis Loubet and Gus Greensmith reached service in eighth and ninth.

Despite sunny conditions, several wet patches and muddy ruts remained as crews tackled a second pass of the morning stages.

Rovanpera felt he wasn’t “awake enough” for the first pass of the Elva stage, but second time around he set a blistering pace to move a further 3.3s clear of nearest rival Evans. The time came despite the Finn not feeling content with his efforts.

“I felt like I left a lot of time there, but the time is still good,” he said.

Tanak produced a committed run to keep on the tail of the Toyotas, 0.5s slower than Evans, while Neuville elected to use the run as a test session given his comfortable gap over Katsuta. 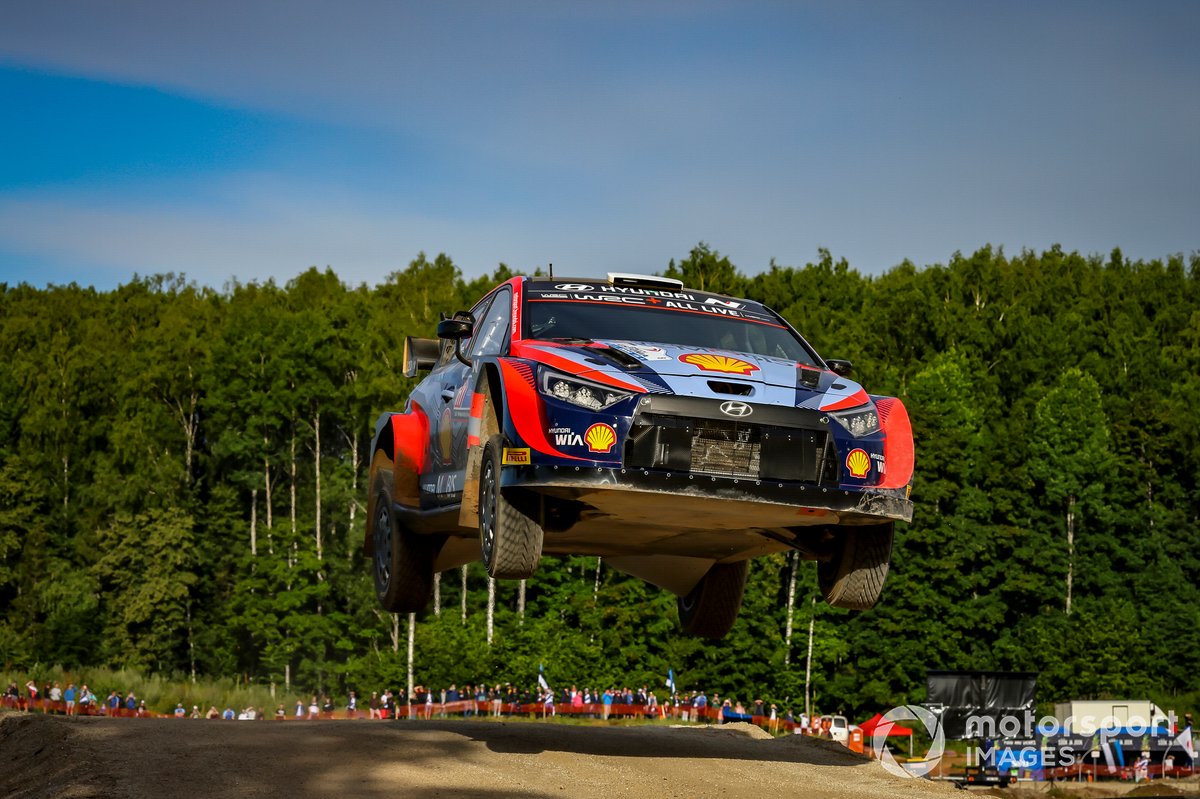 Benefitting from a set-up tweak, Rovanpera’s charge continued into Stage 15, which was bone dry unlike the previous test.

The Toyota driver, who said he was “just driving normally” claimed his fifth consecutive stage win, pulling another 3.5s away from Evans, who could only set the third quickest time behind Tanak.

Further down the order, Hyundai’s Oliver Solberg had a wild moment as he fought against chronic understeer from his i20 N, he declared was “unsafe”.

Heavy rain returned during the next stage to once again throw a curveball for the drivers as they attempted to navigate through deep ruts.

However, there was no stopping Rovanpera as he reeled off another stage win to push the lead out to almost half a minute.

Evans did his best to push through difficult conditions but ended 3.5s shy of his team-mate as Tanak once again set the third fastest time.

The trio denied a charging Solberg the opportunity for a maiden WRC stage win as the Swede clocked an impressive time to sit fourth on the timing screen, despite a wild sideways moment over a jump.

There was however drama at the very start of the stage as M-Sport’s Craig Breen was forced to stop due to puncture caused by running over an anti-cut device that was lying on the road. The Irishman lost two minutes in the process.

The rain eased for the penultimate test of the day but deep ruts ensured the road conditions remained challenging.

But it was similar story at the front as Rovanpera claimed his 10th stage win of the event by the narrowest of margins, as he pipped Evans by 0.1s. The pair once again denied Solberg a stage win as the young Swede continued his return to form. 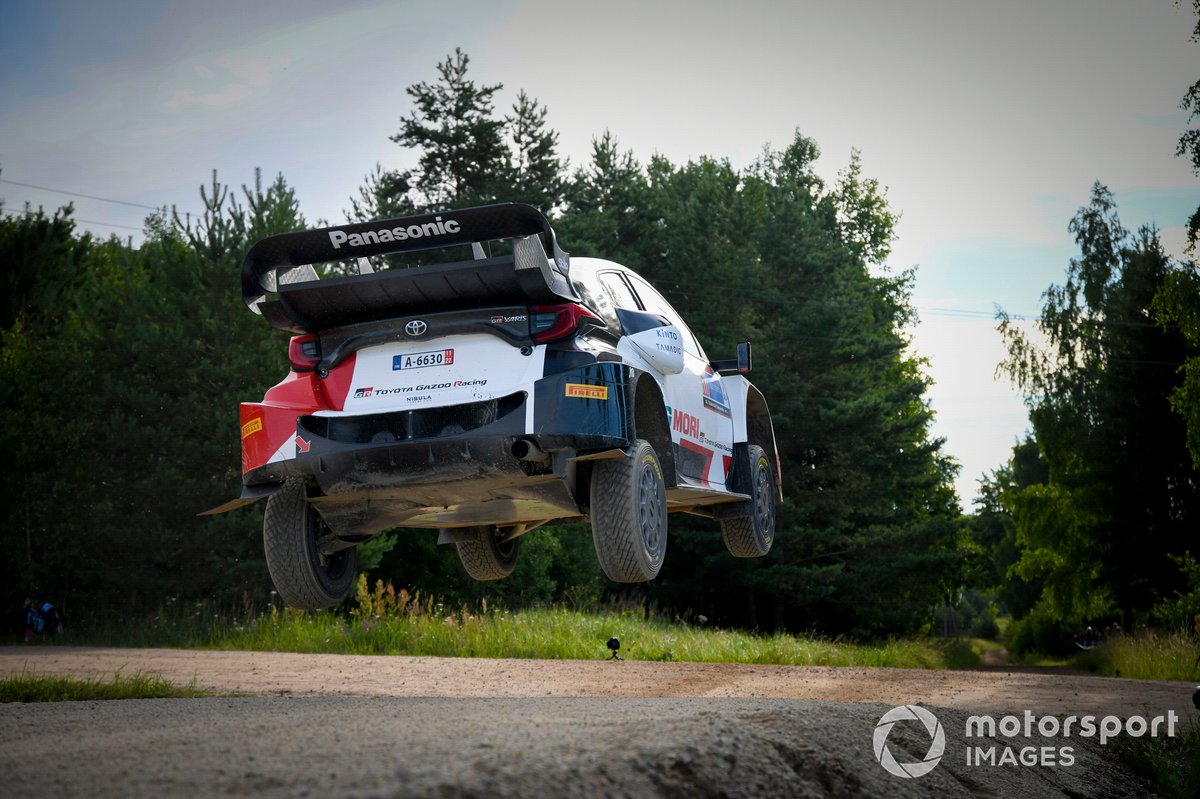 Rovanpera’s stage-winning streak was ended by Fourmaux on the short spectator-friendly super special to end the day.

Fourmaux denied Solberg a stage win by 0.1s, with Evans third fastest a further 0.3s back. Evans did take 0.4s out of Rovanpera’s lead, as the latter clocked the fifth best time.

In WRC2, Andreas Mikkelsen will take a 10.6s lead over Teemu Suninen into the final day.

Evans had "no answer" to Rovanpera's WRC Estonia pace

Shane van Gisbergen is keen to do more rallying but isn’t planning a career change following a remarkable run to a class podium on his World Rally Championship debut at Rally New Zealand.

Alister McRae believes his late brother Colin would have looked on with amazement at seeing Kalle Rovanpera eclipse his record as youngest ever world rally champion.