The local hero produced a masterclass, dominating the evening loop of stages as the sun began to set in Belgium, winning all three tarmac tests to open up a 7.6s lead over Breen.

Neuville and Breen proved the class of the field making the the most of their knowledge of Rally Ypres’ peculiar tarmac roads as previous event winners in 2018 and 2019 respectively.

After winning the last stage of the afternoon loop, Neuville stepped up his driving before organisers cancelled stage 8 due to unspecified safety reasons.

"We were able to get it [the lead] up to seven seconds after three stages which is not too bad," said Neuville.

"Unfortunately the last stage was cancelled but we could see a huge number of spectators out there, a great atmosphere, I would have loved to do the stage in front of all of those fans cheering from us.

"They [the crowds] have to respect the rules and most of them probably did as well but there probably were a few that weren’t in the safe places and unfortunately the stage had to be cancelled. It was probably a good decision but I was waiting for that stage, I like that stage, but tomorrow is another day."

The pace of the lead duo was further highlighted as Ott Tanak, who battled an engine issue, completed a Hyundai 1-2-3 on Friday, albeit some 31.2s adrift. 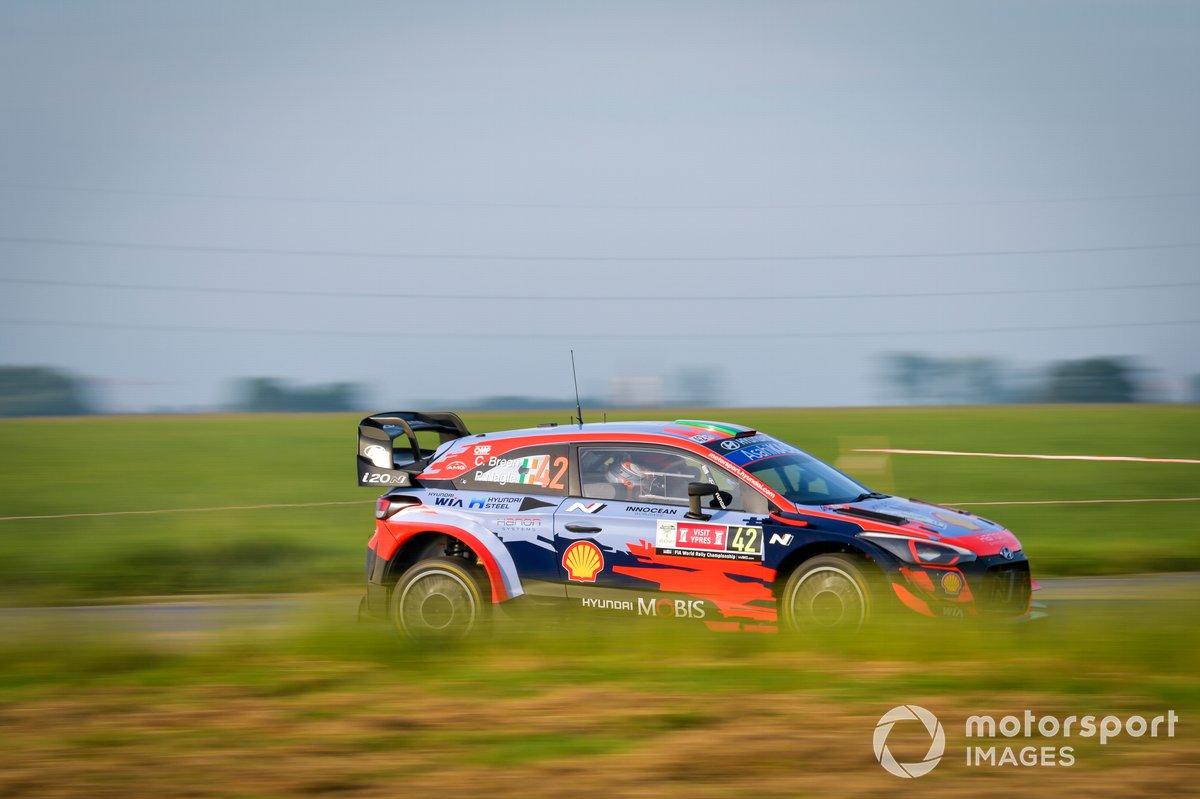 Both M-Sport Fords of Adrien Fourmaux and Gus Greensmith were absent from the loop of stages after retiring earlier in the day.

Neuville clocked up his second stage win of the event to further extend his lead in the first stages of the evening loop, a repeat of the 15km run through Reninge-Vleteren.

The battle with Breen continued but on this occasion the latter was 2.1s shy of Neuville.

Equipped with hard tyres for the evening, the Toyota runners showcased a much stronger showing as Rovanpera shared the third fastest time with Tanak, who revealed he had been suffering from an engine issue.

"We have some issue with the engine, so we are trying to get through. Luckily it's driving okay, so it's not so bad,” said Tanak. 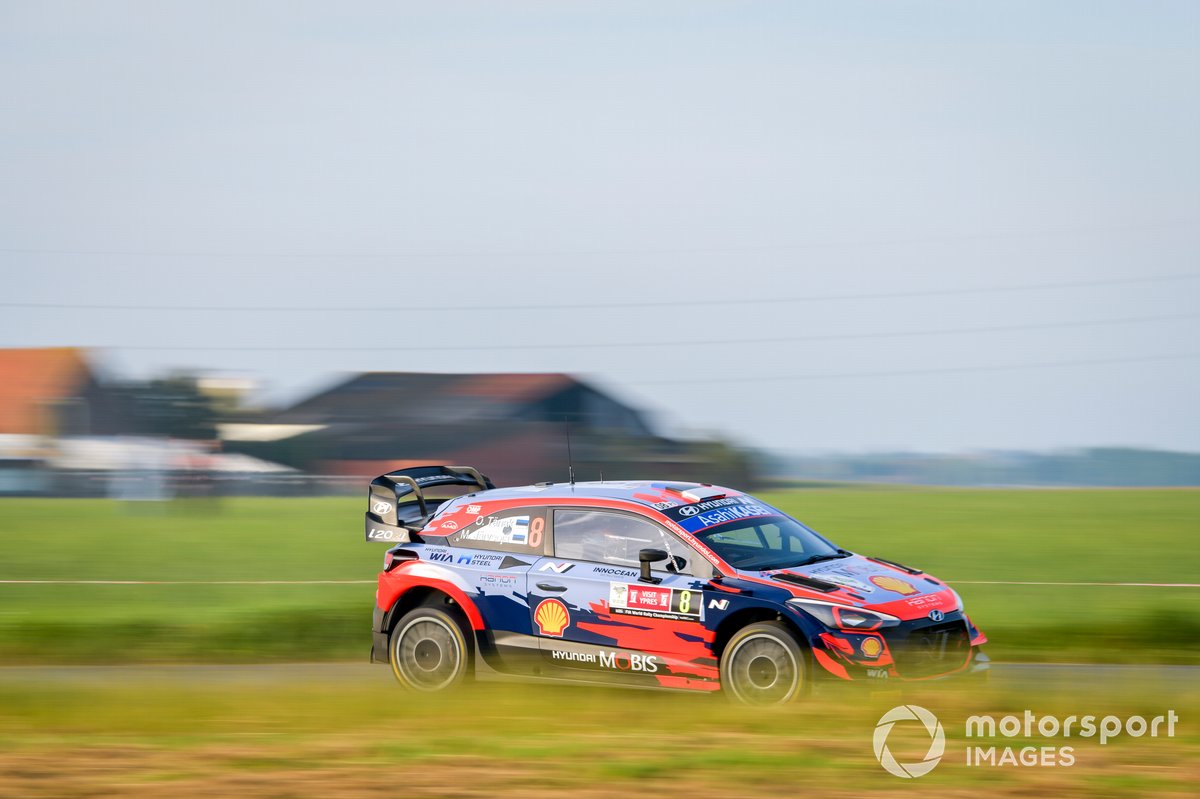 Evans was only 0.2s slower while Ogier was only a further 0.3s back as the field spread closed significantly on the second pass.

Neuville’s lead increased further after stage 6 as he racked up his third stage win of the event, beating Breen by a slender 1.5s as the pair continued to be the pacesetters.

Toyota’s recovery was not a flash in the pan as Ogier emerged third fastest, only 2.6s shy from Neuville having been 10.7 adrift on the first run through the stage earlier in the day.

Rovanpera confirmed the improvement in pace in fourth as Tanak battled to fifth.

Neuville completed the day with the momentum in his favour by winning stage 7 in what turned out to be the final stage of the day.

However, his nearest rival was not a fellow team-mate but Ogier as he continue his surge of speed. The seven-time WRC champion reached the stage end just 1.8s shy of the rally leader while team-mate Rovanpera was third.

Breen wound up in fourth dropping 3.6s to Neuville as the latter almost doubled his overall lead.

Meanwhile, in WRC2, Oliver Solberg has emerged with a huge lead in the class after drama struck early leader Teemu Suninen and Solberg’s team-mate Jari Huttunen both picked up punctures.