Neuville and co-driver Martijn Wydaeghe were able to cruise to the finish 15.0s ahead of Ott Tanak and co-driver Martin Jarveoja, after the Hyundai motorsport president Sean Kim told its drivers to hold positions to safeguard a first WRC 1-2-3.

Despite the order preventing Tanak from claiming the maximum points to boost his slim championship hopes, the Estonian won the final powerstage to secure the five bonus points.

The rally victory for Neuville was the Belgian's first since Rally Spain in October last year, arriving immediately after crashing out of the lead in Belgium last month.

Dani Sordo scored a fifth consecutive third-place finish to complete the historic podium lockout. The success outlined Hyundai's impressive recovery from a difficult first half of the season, blighted by speed and reliability issues with its i20 N.

M-Sport's Pierre-Louis Loubet, who briefly held the lead on Friday, recovered from a puncture on Saturday to equal his career-best result of fourth. teammate Craig Breen, who lost two minutes to a puncture on Friday, claimed fifth.

Toyota's best-placed driver was Takamoto Katsuta in sixth but was lucky to survive a final stage puncture.

It proved to be a disappointing event for the Japanese marque highlighted by Elfyn Evans' retirement while in fourth on Sunday, and Esapekka Lappi's exit from second on Saturday, both due to mechanical issues.

Championship leader Kalle Rovanpera finished outside of the points-paying positions for the second consecutive event. The Finn struggled for pace throughout, facing the disadvantage of opening the roads on Friday, before contact with a tree on Saturday cost him several minutes.

Rovanpera did however salvage four points from finishing second on the final powerstage to limit the reduction of his championship lead to 53 points. 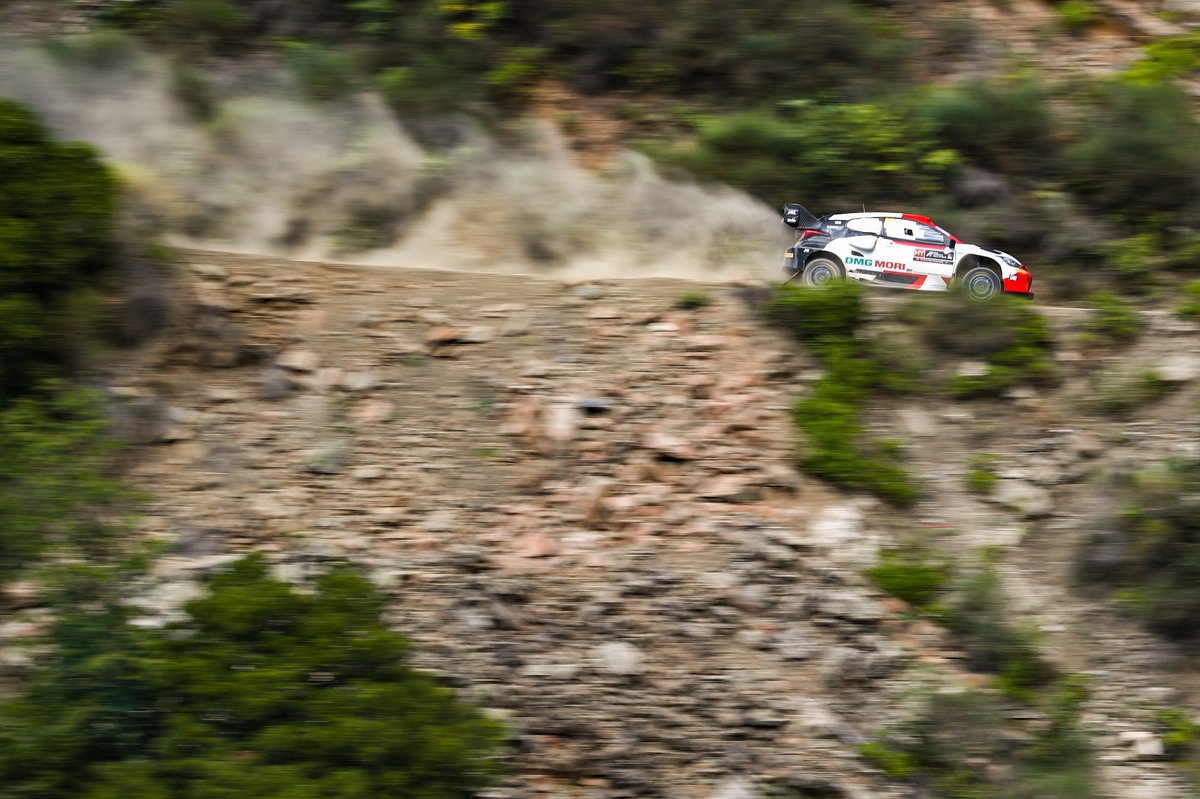 Hyundai took control of the rally on Saturday as Neuville shot into the lead, which he had briefly held after winning Thursday night's super special held in front of 64,500 fans inside Athens' Olympic Stadium.

After a relatively incident-free Friday, the Acropolis Rally lived up to its tradition as an attritional event as several crews began to hit trouble on the rough gravel roads.

M-Sport had dominated Friday winning all six stages as nine-time world champion Sebastien Loeb and Loubet headed a Ford 1-2 after Loeb won four stages to Loubet's two. The latter even briefly led the rally after scoring a career first stage win, before Loeb wrestled the lead back on Stage 7.

However, an alternator issue for Loeb spelt the end of his rally after Stage 8, handing a healthy lead to Neuville after Loubet struggled to match his pace prior to dropping down the order to seventh following a front left puncture.

Toyota's Esapekka Lappi took up the pursuit of Neuville but could only close to within 31.0s of the Belgian before the Finn suffered a fuel pressure issue and retired. That left Hyundai occupying the top three positions with Tanak 34.2s behind, with Sordo a comfortable third despite overheating issues affecting all three i20 Ns.

Hyundai won all six stages on Saturday as Neuville ended Saturday with a 27.9s lead over Tanak, who was hopeful that the team may enforce team orders to elevate him ahead of Neuville to help his title hopes. 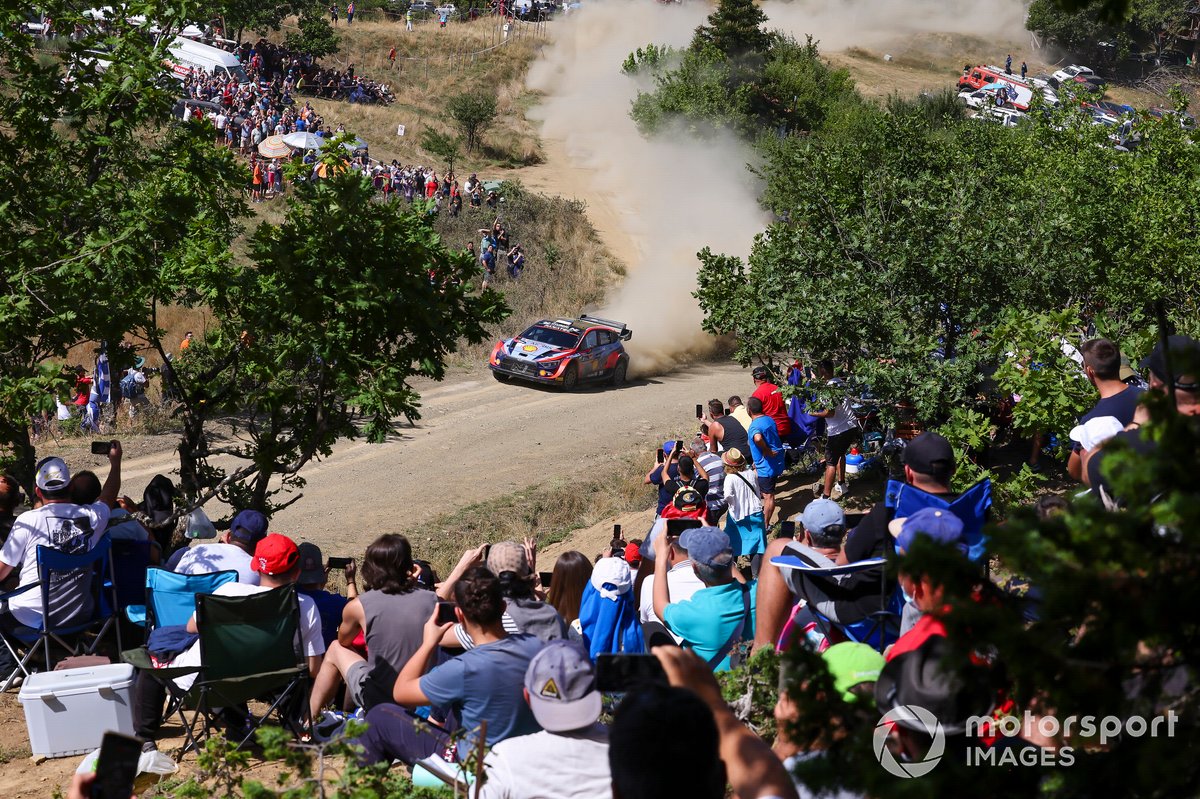 Team orders did eventually arrive but they didn't play into Tanak's hands and allowed Neuville a comfortable drive to victory to complete Hyundai's 1-2-3.

While M-Sport finished fourth and fifth, it was to be another tough weekend for the British squad as Gus Greensmith was denied a strong result after being forced to retire from sixth due to a mechanical issue on Saturday.

In WRC2, Toksport's Emil Lindholm won the support class from Nikolay Gryazin, while Eyvind Brynildsen completed the podium after Yohan Rossel rolled on the final stage.