Neuville started the final service of the rally with a 29.3s lead over Tanak after Hyundai management told its drivers to hold positions ahead of the morning’s second stage.

Hyundai’s Dani Sordo completed a solid drive to remain third with the position further cemented after Toyota’s difficult Acropolis continued when Elfyn Evans was forced to retire from fourth.

Evans demise elevated M-Sport’s Pierre-Louis Loubet to fourth ahead of team-mate Craig Breen and Toyota’s Takamoto Katsuta. Championship leader Kalle Rovanpera is the last Rally1 driver to complete the full distance thus far, but is outside the top 10, some 17 minutes adrift.

When the day began there was no signs of Hyundai deploying team orders to put championship contender Tanak ahead of Neuville to boost the 2019 world champion’s title hopes, with Rovanpera unlikely to register championship points.

A charging Tanak outlined his speed to win the first of the day’s trio of stages as he took 2.9s out of Neuville.

Speaking at the stage end the Estonian was surprised that there hadn’t been any discussions with him about team orders.

"It was a push,” said Tanak. “We know it's probably not enough, but we will keep pushing."

Asked about the team orders, he replied: “Nobody talked to me this morning and I’m quite surprised about the management. We will do our best there is nothing else we can do at the moment.”

Neuville maintained the team’s party line of maintaining a history making 1-2-3 for the team, stating: “I don’t know if it is about team orders especially with what happened this morning.

“Hyundai needs to make sure it scores its first 1-2-3 podium for the team. It has taken a while and if we can get there I think it will be a fantastic result for the team after all the effort and hard times.” 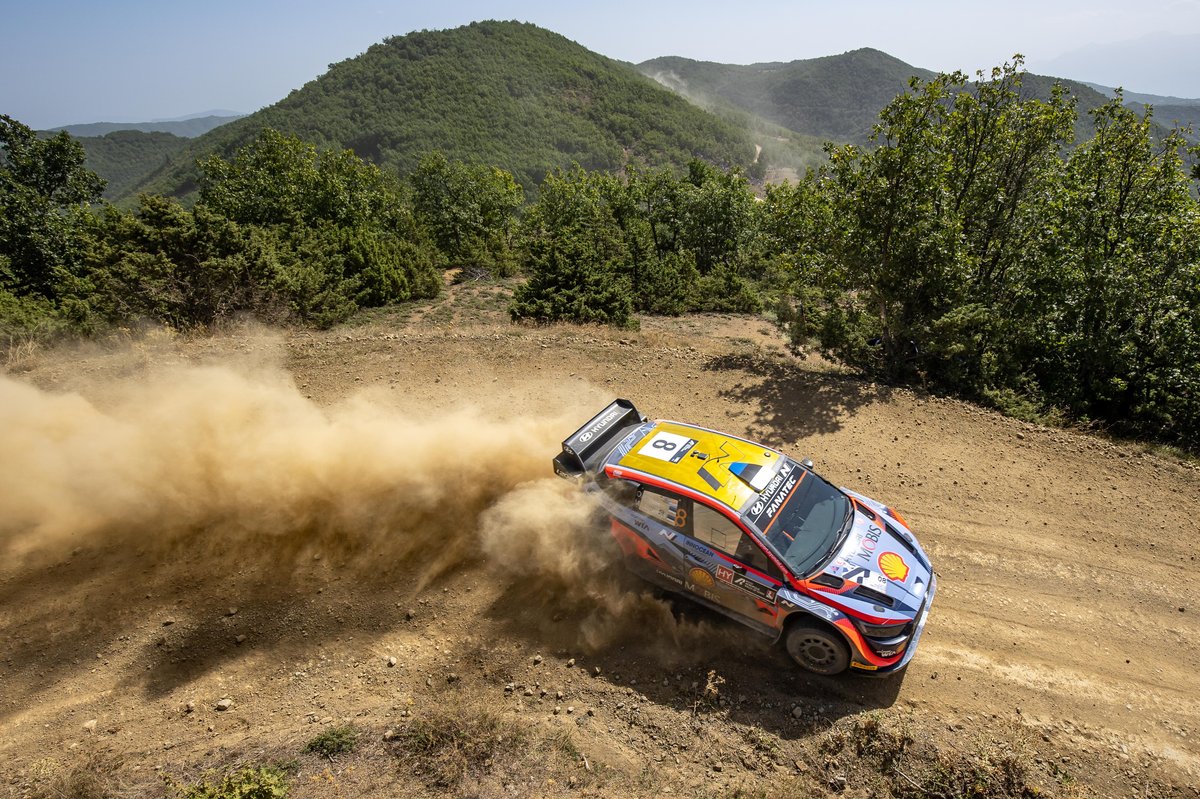 While Hyundai continued to dominate the event, Toyota’s best placed driver Evans compounded the Japanese team’s disappointing Acropolis, as a suspected turbo issue prevented him from starting Stage 14. The team is unclear as to exactly what failed on the Welshman’s GR Yaris.

That promoted Katsuta to sixth as the Japanese headed Toyota’s charge while Rovanpera continued to struggle for pace.

“Really slim, or none. Let's see,” said Rovanpera, when asked if he could fight for powerstage points this afternoon. “There's no pace to do anything else.”

The sister Toyota of Esapekka Lappi did rejoin the rally after his retirement yesterday, alongside M-Sport’s Gus Greensmith, who exited sixth overall on Saturday due to a mechanical issue.

Neuville won the final stage of the morning by 4.3s from Tanak with the latter revealing at the stage end that a call from management had been made to hold positions, denting his slim title hopes.

“Before the stage we were told to hold position, so no more pushing,” said Tanak.

Breen emerged as the best of the rest on Stage 15 as the Irishman clocked the third fastest time ahead of Katsuta and Sordo.

The crews will head to the service park before tackling the final powerstage later this afternoon.