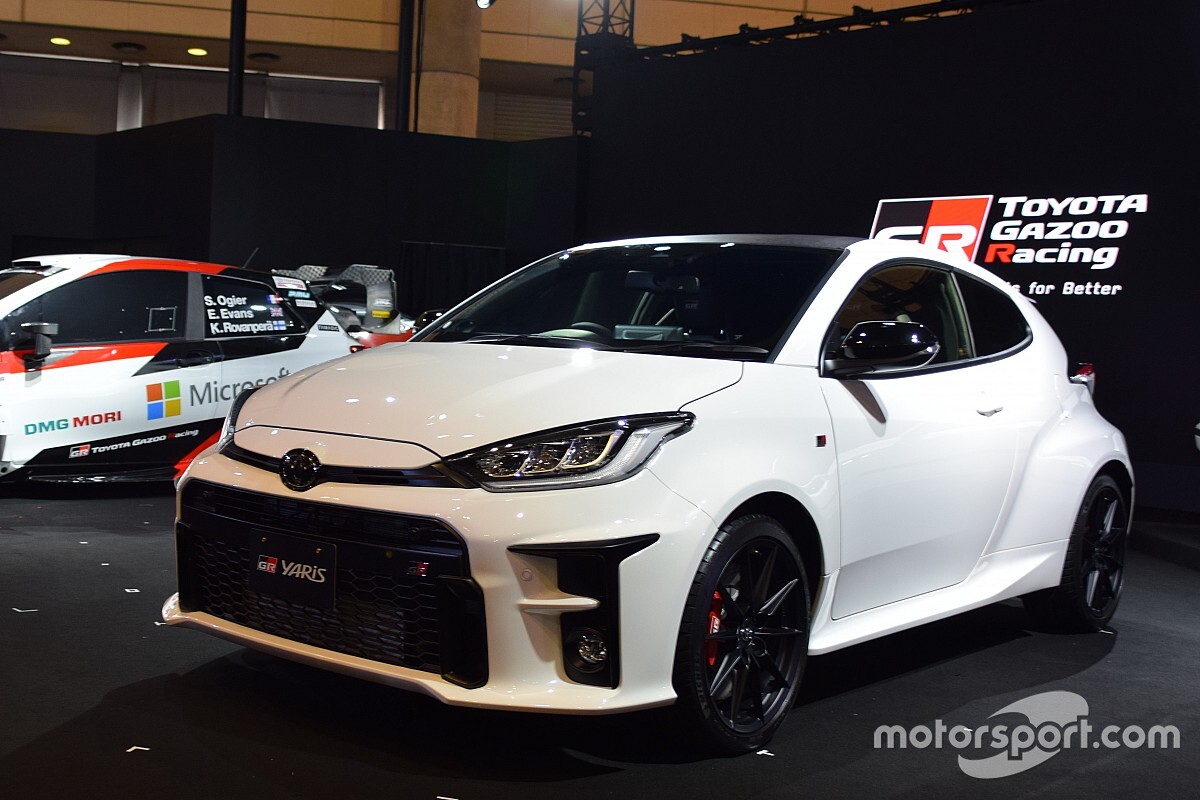 The GR Yaris-based contender that Toyota will use in the 2021 WRC season has already begun testing.

A video released by the Toyota Gazoo Racing World Rally Team on Friday reveals the new car being tested by development driver Juho Hanninen on heavy snow in Finland.

The GR Yaris road car on which the WRC challenger will be based was revealed in January at the Tokyo Auto Salon (pictured top), boasting a 257bhp three-cylinder engine and four-wheel-drive, setting it apart from the majority of hot hatches.

TGR WRT boss Tommi Makinen said: “With the launch of the GR Yaris at Tokyo Auto Salon, we wanted to make sure our World Rally Car shares features with such an excellent car available for Toyota drivers around the world.

"We want to compete on the rally stages with as similar a car as possible to the one we have developed for the roads.”

Hanninen completed the initial testing of the current Yaris WRC before its introduction for the 2017 season, and was part of the Japanese manufacturer's driver line-up that year.

The former ERC and IRC champion will also act as co-driver for Jari-Matti Latvala’s top flight WRC return on Rally Sweden next weekend.

Rally Sweden to go ahead, cut by eight stages