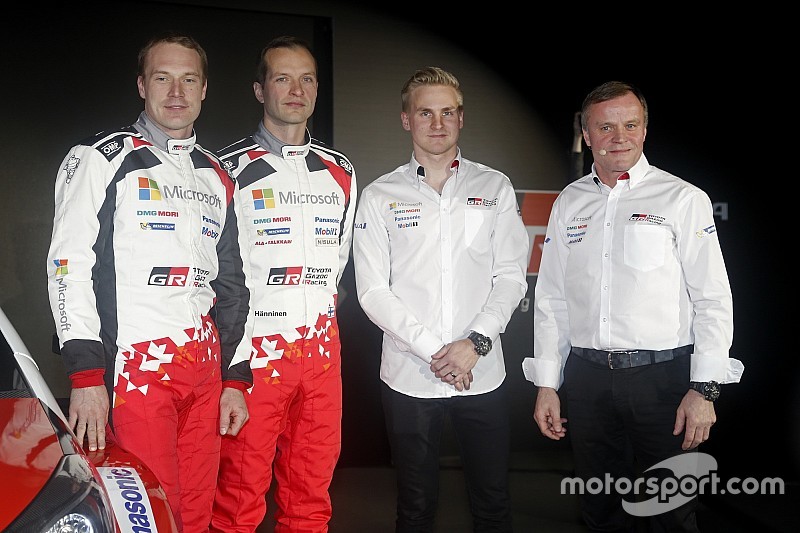 Toyota's WRC team boss Tommi Makinen says he has no worries regarding new signing Jari-Matti Latvala's struggles during the 2016 season.

After taking second overall in both 2014 and 2015, Latvala only won once this year and was beaten by both of his Volkswagen teammates Sebastien Ogier and Andreas Mikkelsen for the first time.

Still, the Finn secured one of Toyota's seats for the 2017 season, and Makinen says he has no doubts that Latvala will be an asset - having experienced similar trouble in his career.

"Yes, it was [a poor season], but it’s also happened to me [in the past] so I understand him well," said four-time WRC champion Makinen of Latvala's troubled 2016 campaign.

"I had it when I was at Subaru, I started with a win [at Monte Carlo in 2002] but then I realised I didn’t have a proper shot at the title.

"I was unable to find the motivation to go and bring the results back and I understand perfectly what happened to him last year."

Makinen also reckons Latvala's technical knowledge and experience can also be helpful during Toyota's debut season in WRC, as it seeks to develop the Yaris ready for a title assault in 2018.

"Jari-Matti is a very experienced driver but we know he’s very quick," added Makinen. "Next year will prepare ourselves to be fighting at the top in 2018.

"In just over 12 months we will be able compete to bring home important results.

"Jari-Matti has a very good technical knowledge, so we hope that he can help us to develop the Yaris in these coming months. I hoped that signing him would help us develop the car."

Lappi is still part of the team as a test driver, and is set to get his first competitive outing of 2017 once the third Toyota Yaris is complete.

Makinen expects the car to be ready by Rally Portugal, the sixth round in the schedule.

"We plan to use him [Lappi] a lot for testing for next season, but when the third car is ready we will put him in it," explained Makinen.

"I hope to see him compete alongside Hanninen and Latvala starting from Rally Portugal. We hope to have a third car ready for this event."

He added: "We believe he can be an important part of our future. Esapekka won the WRC2 title in 2016 and is one of the most promising drivers for the future. He’s young and he will only get better."

Makinen: Ogier was right to turn down Toyota