Toyota confirms Lappi for rest of 2017 after Italy star turn 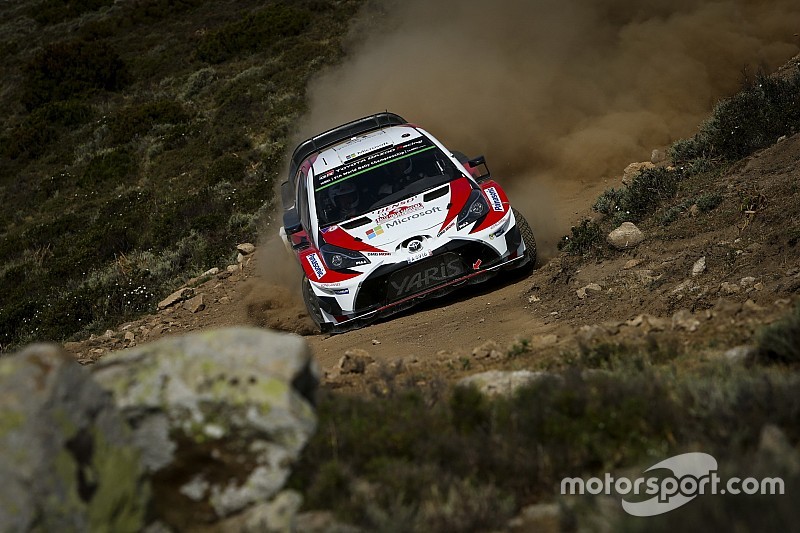 Lappi missed the first five rallies of the season, with Toyota starting the year as a two-car outfit, and had been expected to sit out at least Rally Australia in the future.

However, Makinen told Motorsport.com that Lappi's performance in Rally Italy, which included a Power Stage win on only his second-ever drive in a WRC car, has earned him a full-time seat for the rest of the season.

Lappi set six fastest times during the Alghero-based event, and would have finished on the podium had it not been for losing second gear on the opening day.

Even with that problem, he was fastest on two stages.

Makinen, who was caught off guard by Lappi's speed, said: "I am surprised at how quickly Esapekka has been able to go here [in Italy].

"Normally it is taking one year to learn the World Rally Car, but he has jumped in and he feels comfortable straight away.

"He has some massive potential now and I don’t think it will be long before we see him on the podium. He will be in the car all of the time now, he will do every rally – he has to."

Lappi echoed his team principal’s surprise at his speed, but laughed off ideas that he could win next time out in Poland or the following event in his native Finland.

"I heave learned the car for the slower-speed rallies," he said, "but now I need to learn it in the high speed. Yes, Finland is my natural habitat, but a win is not possible.

"I am surprised at what I have done here, but this comes from good motivation and a lot of work with the pace notes."

Ogier wants Ford backing to stay at M-Sport in 2018