The German marque took top honors in their rookie season.

When Sébastien Ogier left a promising career at Citroën to join newcomers Volkswagen Motorsport in 2011, many World Rally observers thought the move was insane. 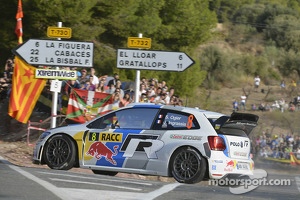 But nine wins with VW and a 2013 World Rally Championship title trophy later, it looks like the flying Frenchman knew something the rest of us didn't.

In typical Volkswagen style, the German marque left nothing to chance, investing the time, money and energy to be title contenders in their first full year in the WRC. Ogier and fellow VW driver Andreas Mikkelson both tested the Polo-R during the 2012 season, keeping their competition skils honed by taking part in the S2000 class with a Skoda Fabia in most of the championship rounds.

At the beginning of 2013, Ogier and Mikkelson were joined by Latvala, completing a solid driver lineup. The stage was set, and after a second place finished at the Rally Monte Carlo in January, Ogier and co-driver Julien Ingrassia all but dominated the rest of the season.

In the end, the timing was perfect. Citroën's nine-time champion Sébastien Loeb decided to only run a partial schedule in 2013 as he prepared to retire from rallying and move on to circuit racing. This left the door open to a new champion, and the former Loeb protégé at Citroën, so to speak, was waiting for his chance. And he took it.

The late Ayrton Senna honored on his birthday with Google Doodle