Hyundai Motorsport’s Thierry Neuville has blamed his accident and eventual retirement from the opening day of Rally Portugal on “too optimistic” a pace note.

Neuville damaged the rear suspension on his i20 Coupe WRC when he lost control of it through a left-hander and hit a bank during this afternoon’s ‘Mortagua’ stage of the fourth round of the 2021 World Rally Championship.

On the road section between stage seven and tonight’s closing Super Special Stage in Lousada, Neuville and co-driver Martijn Wydaeghe attempted to perform running repairs. Despite their best efforts to try and safely secure the right-rear wheel in place, they had to withdraw from the event.

“Unfortunately, we could not reach the end of stage seven, or at least with all the wheels on the car,” said Neuville, who is confident of restarting the first gravel round of the 2021 WRC season on Saturday. “Basically, I got caught out by too optimistic a pace note.

"By the time I realised [my mistake] I tried to save the car, but I was far too fast to take the corner, so we damaged the rear suspension and we had to retire on the road section because we couldn’t fix the damage. We knew the chances were really small, but if we didn’t try, we would maybe have regrets.

"It was a long, long road section and it was the occasion for us to try and fix it, but unfortunately the fix didn’t last very long so, yeah, we had to retire." 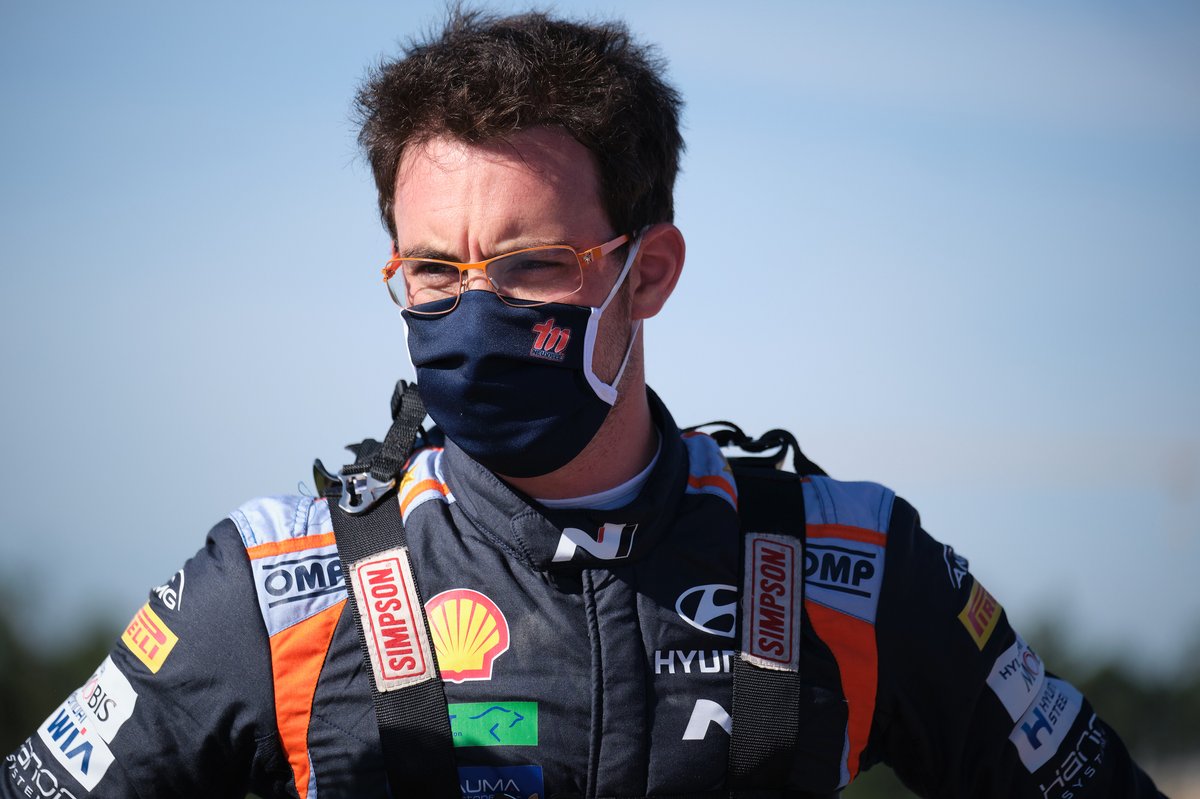 Ironically, Neuville explained he had adopted a more conservative approach second time through ‘Mortagua’ given what he had learned about it from earlier in the day.

“I took it a little bit more cautious because the stage was quite challenging – I didn’t want to take any risks but, in the end, a bad pace note and the rally was over for us at that point,” he explained. “It was working well, I felt comfortable in the car, and the speed we were able to go [at] starting at P2 was good as well.

"We must be satisfied with that but we would prefer to have been in the lead tonight and starting another long day tomorrow.”

Team boss Andrea Adamo failed to see the positives even though Ott Tanak is the overnight leader and Dani Sordo is only nine seconds off the pace in third position.

“You have to bring back results because they don’t give you points for things like this,” said the Italian.