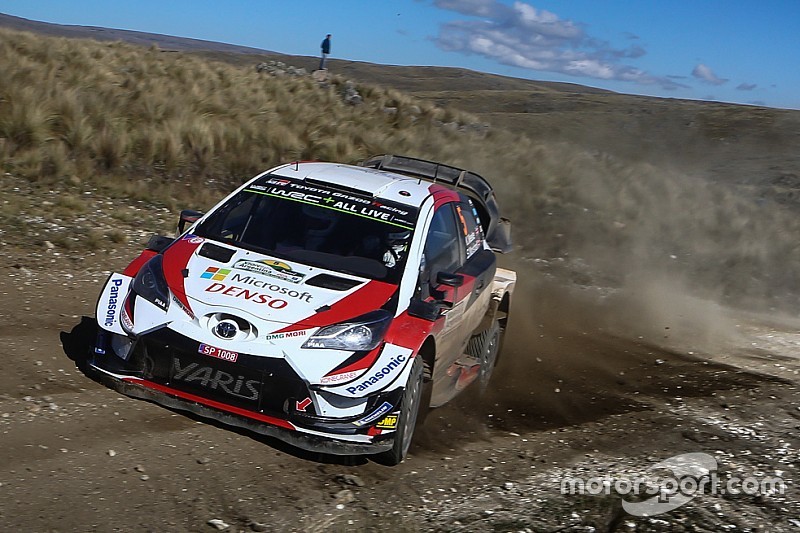 World Rally Championship teams have warned that the FIA is now leaving it too late to finalise its plans for introducing hybrid technology to the series in 2022.

FIA rally director Yves Matton has made clear there will be an electric element in the next WRC rules cycle, and intends to outline further details next month.

But one senior team source told Motorsport.com: "If we'd been doing this ourselves, we would have been a year ahead of where we are now.

"There's simply not enough detail. Look a little further away and the logistic guy is two years away from starting the plan for our pre-event test for Monte Carlo. And we have nothing so far. Still we wait. OK next month we hope for something on the paper, but this is really on the limit for 2022."

Asked on the record for his views, Toyota chief engineer Tom Fowler accepted the move to hybrid would present a significant challenge.

"The timeline we're on right now would be OK if we were in the same sort of situation we were in when we went from the 2016 to 2017 World Rally Cars," he told Motorsport.com. "But to bring in a whole new technology? It's going to be tight."

Matton, who reiterated that a hybrid move is essential for the WRC, believes the current timescale allows teams to begin 2022 testing next year.

"It's too early to tell you exactly what 2022 will look like, we're still in those discussions," he said. "The target is to decide in June what the technical regulations will be.

"One thing is sure: we will go for hybrid, it's a common view on this. We are speaking to the manufacturers now to understand well their views on the future and what could be the technical marketing tools in World Rally Championship with the new car.

"We all know to have manufacturers involved, the cars need to be a marketing tool otherwise it doesn't make any sense. Normally in June we will introduce the first principles, and, at the end of the year, the intention is to have a technical regulation published with all the technical principles.

"After that we still need some time to fine-tune this. The idea is for the teams to be able to start working on their cars at the start of next year."

Motorsport.com understands the FIA will announce a two-stage approach to WRC hybridisation next month.

The first stage of development is expected to be based around common, FIA sourced parts with phase two offering the teams the opportunity to develop their own solutions in seasons following 2022.

** Motorsport.com's sister publication Motorsport News - on sale now - features in-depth coverage of the current state of play with the hybrid WRC plan, including more details of how the technology will be introduced***