The Hyundai driver held a slender 0.2-second advantage over Toyota’s Elfyn Evans during a drama-filled Friday in New Zealand, but has been dropped to second place due to a five-second penalty for exceeding the maximum hybrid boost permitted under the WRC rules.

According to the WRC stewards’ document, Tanak used a 241.03kJ and 242.02kJ boost on the first stage, when only a 240kJ was permitted. The Estonian driver had won the opening stage by 0.9s from M-Sport’s Craig Breen.

As a result he drops to second place and 4.8s behind new leader Evans, while he is 1.7s ahead of Sebastian Ogier in third place.

Tanak’s Hyundai teammate Thierry Neuville has also been given the same penalty for the same offence on the opening stage, using 243.83kJ on one occasion. Neuville ended the first stage in third place, 1.6s off winner Tanak.

The Belgian driver remains in sixth place in the overall classification at the end of Friday but is now 50.4s off outright leader Evans. 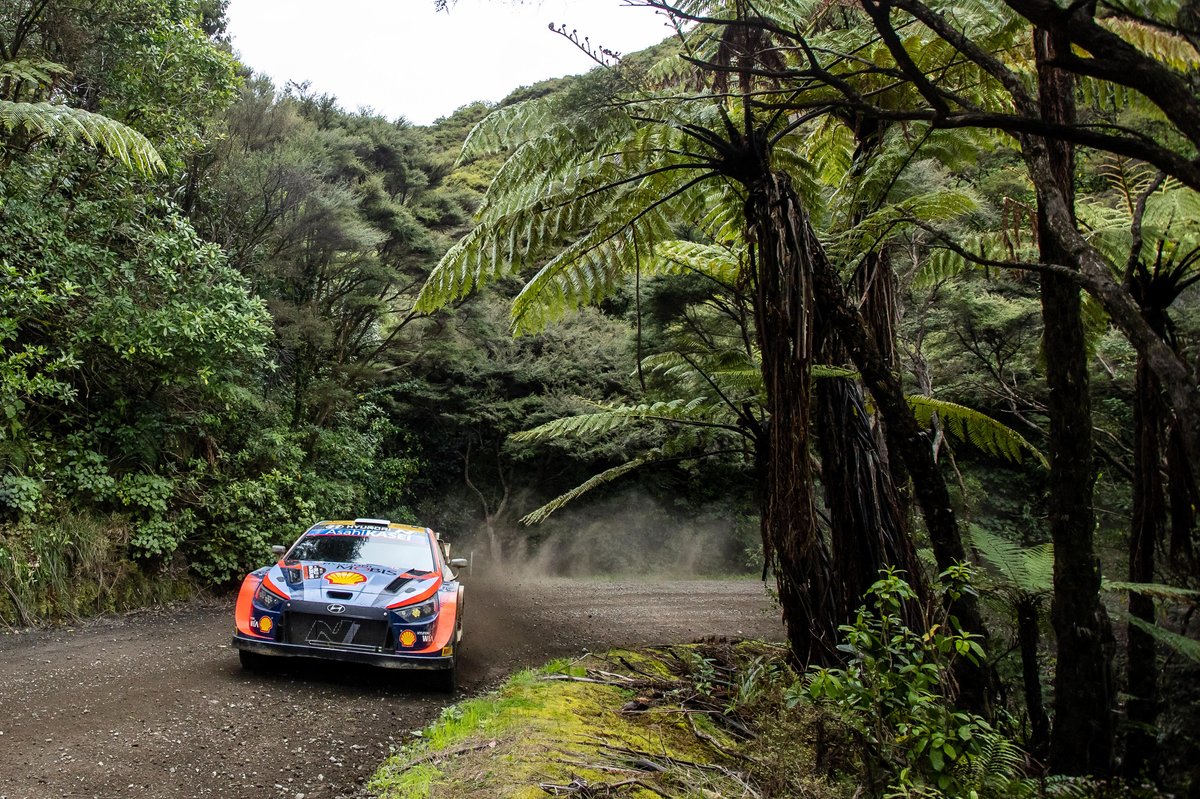 The incident occurred after Hyundai failed to adhere to the changed maximum hybrid boost allowed on the first stage which had been tweaked on the 21st September and communicated to the teams via an FIA bulletin.

“The stewards considered that, although the infringement happened on two occasions [for Tanak, and once for Neuville], the performance advantage was negligible. However, the maximum value was nevertheless exceeded. They therefore decided to impose the above penalty [five seconds], also considering that it is the competitor’s responsibility to ensure compliance of the car at all times,” the FIA stewards’ document read.

Rovanpera can wrap up the 2022 WRC drivers’ world title in New Zealand, with the Finn only needing to extend his 53-point title lead by eight points to become the youngest ever world rally champion. The Toyota driver will start Saturday in fourth place, 7s off leader and teammate Evans.