Tanak knew he "had to win" home WRC round

Rally Estonia winner Ott Tanak says the first World Rally Championship event in his home country was "one that I had to win".

The reigning WRC champion took victory on home soil last weekend, also marking his first win for the Hyundai team since joining at the start of 2020.

It was not all plain sailing for Tanak, however, as he endured a heart-in-mouth moment on the penultimate stage when his car reacted badly through a rutted section of 'Kaagvere'.

The Hyundai driver also picked up a puncture on Saturday morning's first test - the longest of the rally - but he recovered to live up to his pre-event favourite billing to lead home fellow Hyundai driver Craig Breen by 22.2 seconds.

"There was a lot of pressure this weekend, to be honest, and moments of stress which are now relief," said Tanak, who bagged an extra three points from Sunday's Power Stage.

"The first World Rally event in Estonia was one that I had to win, while also knowing it would be my first with Hyundai Motorsport. It was extremely important to bring it home.

"I couldn't afford any mistakes, taking no risks but also performing with the required pace to win. Bringing all of that together was a real challenge."

Tanak paid tribute to his team who continued to hone the i20 Coupe WRC even as the championship was placed on hold because of COVID-19 pandemic in an effort to narrow the speed differential to the Toyota Yaris on gravel.

The i20 has traditionally struggled on high-speed tests but a series of aerodynamic updates to the car came into their own in Estonia as it chalked up six scratch times over 17 stages.

The same car previously showed its potential on the loose by carrying Tanak to wins at both the Viru and Louna-Eesti rallies.

"We had to use this chance to catch back points for the championship and thankfully we were able to use it well," he said. "My thanks to the whole team, who have all been working very hard during the past months.

"It has been a truly great job and we must keep on pushing because we have shown what we can achieve." 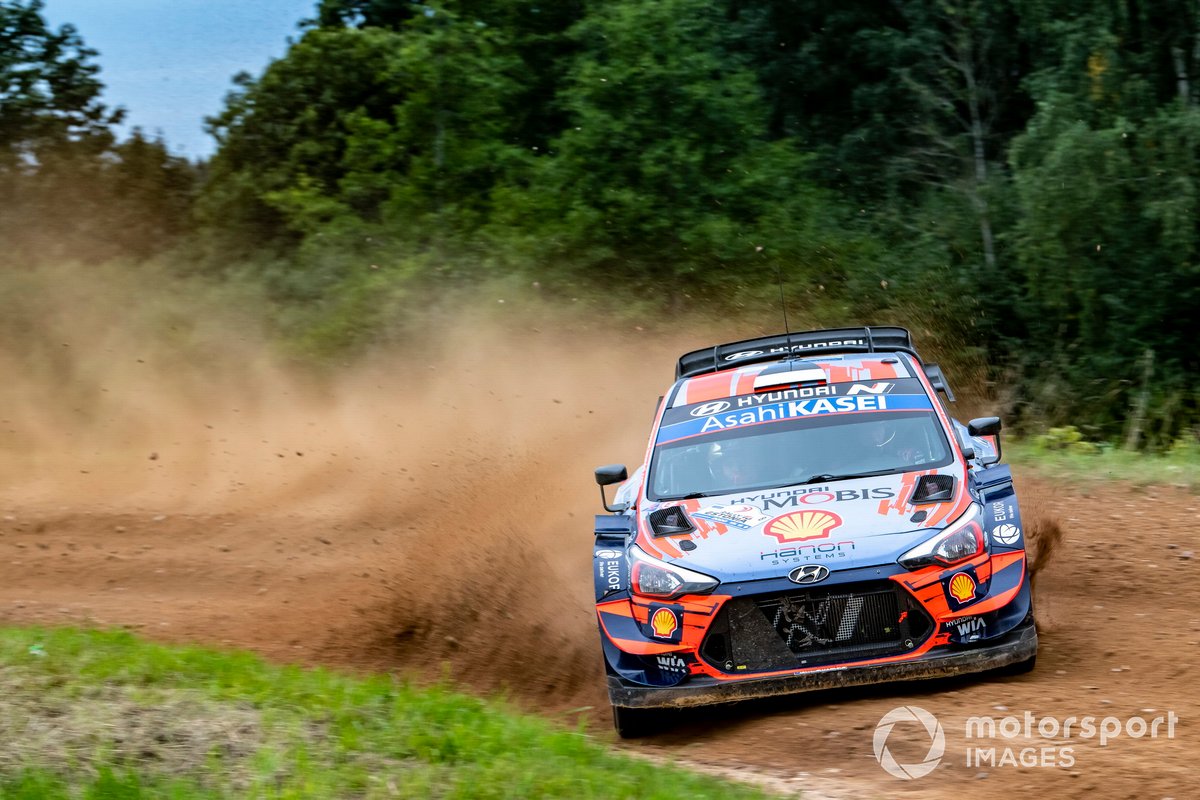