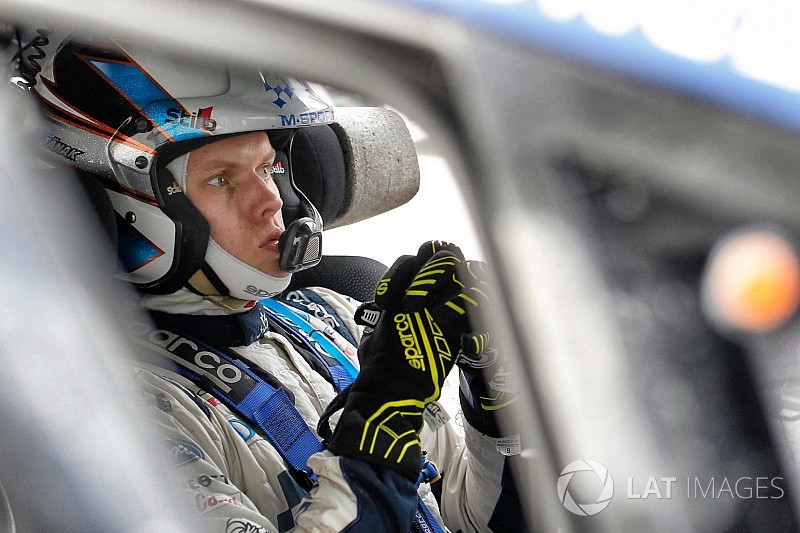 Ott Tanak was left with what he described as a "nicely wet" crotch during Rally Australia, after falling victim to a farewell prank from the M-Sport crew.

The Toyota-bound driver spent his final rally with the M-Sport crew copping a water spray into his seat every time he selected third gear during a transport stage.

It was all part of an elaborate prank orchestrated by the title-winning team, in which a series of pipes divert water usually bound for the windscreen squirted into the seat every time the Estonian selected third gear.

A similar prank was apparently pulled when Mikko Hirvonen left the team.

"My balls are nicely wet now," joked Tanak in the media conference after finishing second in Coffs Harbour.

"Let’s put it this way; as M-Sport won the championship this means they must have some quite good engineering… so they made some special system so every time I switch to third gear on the road section, some pipes were wetting my balls."

That wasn't the only prank Tanak had to contend with from the M-Sport crew. He posted a short video on Instagram showing his hotel room decked out Toyota merchandise when he arrived back after a day of stages.

Latvala trying 'something special' before crash