Ott Tanak says it was a shame to be denied a “fair fight” for the Acropolis Rally Greece victory after criticising Hyundai Motorsport's decision to deploy team orders.

The decision to secure Neuville a first win of the year wasn’t met favourably by Tanak, the team's best-placed driver to overhaul Toyota’s Kalle Rovanpera in the championship battle.

With Rovanpera finishing outside of the points-paying championship positions and only picking up four points from the rally-ending power stage, a victory in Greece on top of his powerstage win could have seen 2019 world champion Tanak close to within 46 points of his rival.

However, the decision to hold station and not to switch Tanak and Neuville on the stages means the former faces a 53-point deficit with 90 points still on the table from the three remaining rounds.

When asked if the team had made the right call, after securing second place with the win on the power stage, Tanak said it was the “correct call” for the team from a PR perspective.

“It depends what is the target,” said Tanak.

“If you are to fight for [the drivers'] championship then it was wrong and if you want to have good PR it is the right decision. It depends whose perspective you are looking from.

“My perspective is I want to fight for the championship, but it is shame that we couldn’t do it in a fair fight.

“On Friday, we were carrying the [broken] hybrid [unit] for nothing and yesterday morning we had other issues so we were not close enough.” 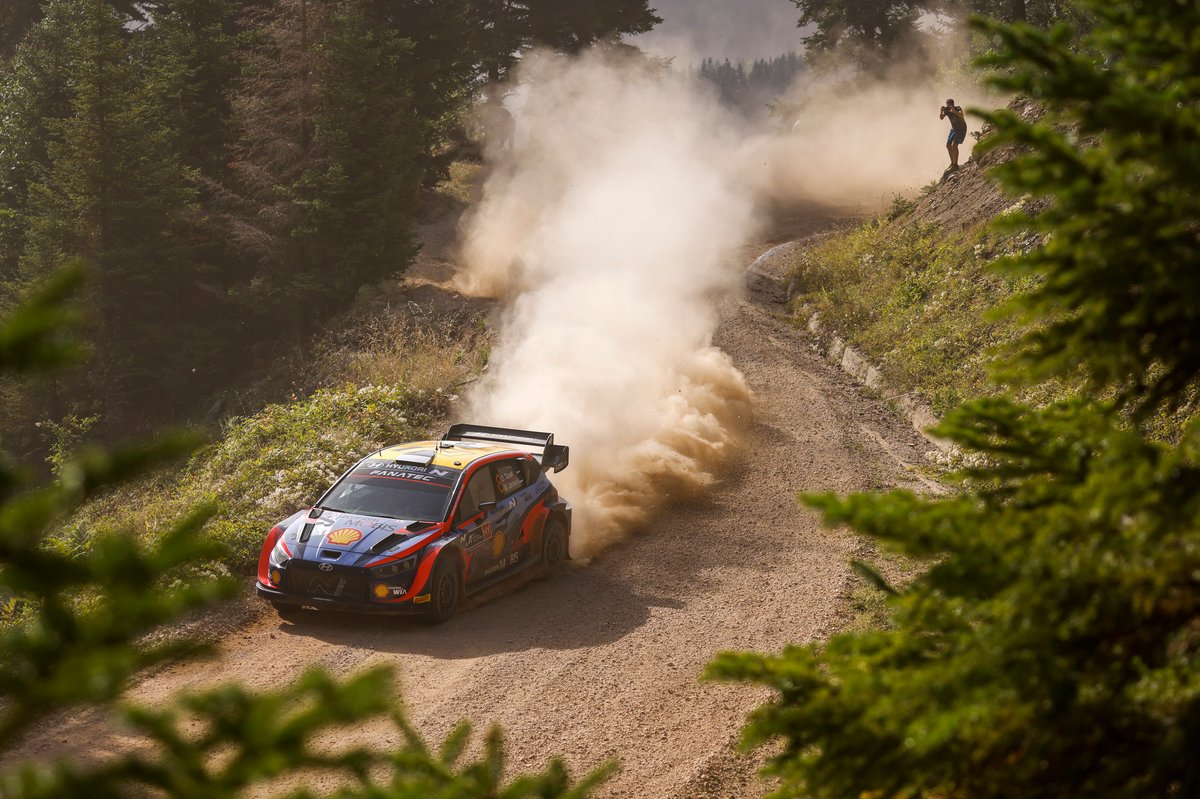 Hyundai deputy team director Julien Moncet said he understood Tanak’s frustrations regarding the decision to hold positions, admitting it a was a situation “everyone hates” to be in.

“Of course I can understand his frustration,” Moncet told Motorsport.com.

“I would have understood the frustration for Thierry as well if we would have swapped, or whatever. This is a really difficult situation that everyone hates.

“You cannot make everyone happy. We had some chats internally but we decided to hold the positions.

“It is a difficult situation and we have decided, so that is it.”

Reflecting on the impact the call could have on Tanak’s slim title hopes, Moncet believes his driver would still need to benefit from more mistakes from Rovanpera to stand a chance of snatching the crown.

“It is always possible and even if you look at Thierry it is possible,” he added.

“The chances are quite small. I don’t think they are zero.

“We would need Kalle Rovanpera to do other mistakes, but it is not impossible and if there is a chance we will continue.

“But we have made a good step today in the manufacturers’ championship which is very important for us.”