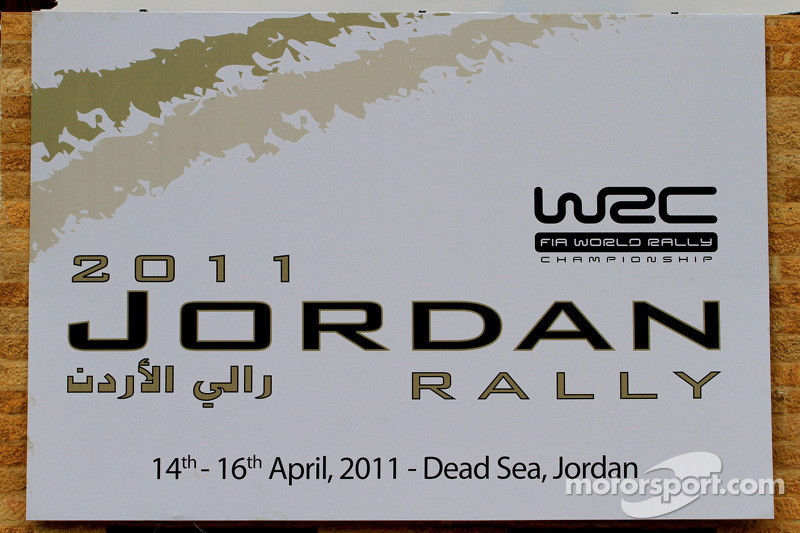 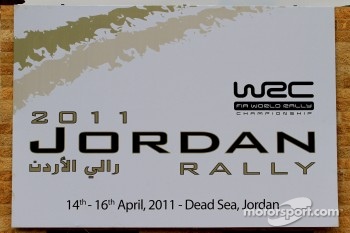 Portuguese pairing Bernardo Sousa and new co-driver António Costa successfully steered their Ford Fiesta S2000 with Michelin tyres to victory on the second round of the 2011 FIA Super 2000 World Rally Championship (SWRC) this weekend at Jordan Rally. Sousa watched his competition fall by the wayside as he relentlessly conquered the heat and tough, rock-laden stages to claim his first series win and prove endurance ruled the day.

With the opening six stages of Day One of the event’s Itinerary cancelled, the rally finally got underway on SS7 which six times FIA Middle East Rally Champion Nasser Al-Attiyah (Ford) and young Norwegian Eyvind Brynildsen (Škoda) tore through to take first and second in the SWRC. After finishing second in last year’s SWRC at Jordan Rally – his best result to date – Brynildsen returned set to prove his speed once again. However, a puncture on SS8 meant he lost traction, hit a rock and damaged his front suspension arm, forcing him to retire from the opening day and promoting Sousa to second.

Al-Attiyah wasn’t so easily deterred. The Jordan Rally veteran held the lead and was seemingly untouchable throughout Day Two, winning all but one stage (SS11) which he conceded to Hermann Gassner Jnr (DEU, Škoda) on the young German’s first competitive outing in his Škoda Fabia S2000. By the end of Day Two, Al-Attiyah had a lead of nearly two minutes, his only concern a broken spark plug which led to his Fiesta’s engine misfiring as he approached the long Jordan River stage on the second loop.

However, Al-Attiyah’s engine woes worsened overnight and after only one split of SS13, the opening stage of Day Three, a broken piston forced the 2006 PWRC Champion to retire, leaving Sousa with a clear road and the lead on his first outing of the 2011 SWRC. Intent on victory, Sousa, whose best SWRC result to date was fourth on last year’s Vodafone Rally de Portugal, was relieved to bring his Fiesta home 21.7 seconds ahead of second placed Karl Kruuda (EST, Škoda), and successfully overcome last minute rear suspension damage detected just before the final power stage. Sousa claimed maximum SWRC points and one WRC point, another first for the young Portuguese driver, for finishing tenth overall.

Kruuda, the youngest SWRC driver at only 18 years old, claimed a confident second this weekend, characteristically refusing to succumb to any pressure. Even on the opening day when he entered the long and unfamiliar SS12 under 4.5 seconds ahead of rivals Gassner and Frigyes Turán (HUN, Ford), the Estonian responded by digging in and increasing the gap to just over half a minute. Back-to-back strong performances in Mexico and Jordan have promoted the delighted Kruuda into the lead of the SWRC Standings with 30 points to his name, topping a series of very experienced drivers.

The final place on the SWRC podium went to Gassner. After a puncture on SS12 had cost him nearly three minutes, Gassner had fallen to fifth by the end of Day Two. However, Al-Attiyah’s misfortune, followed by the last minute retirement of Turán who was devastated when the back of his Fiesta caught fire on SS19, left Gassner in third and with 15 SWRC points.

Albert Llovera (AND, Abarth) followed Gassner home to finish fourth, relieved to have negotiated the rough stages successfully and seal his best SWRC result to date in his specially adapted hand-controlled Punto which makes his car approximately 70kg heavier than a regular S2000 car. Brynildsen was the final finisher, taking fifth and 10 important SWRC points. He superallied on Day Three and was back on form and consistently quick, winning seven stages, but by this time couldn’t catch the frontrunners and had to focus on perfecting his Fabia’s set-up and learning his new tyres in preparation for Rally d’Italia Sardegna the third round of the 2011 SWRC.

1st – Bernardo Sousa (PRT): “My first win, I’m delighted! For the title, I need a little more experience, but I will fight for podium finishes. Starting the season with 25 points is perfect.”

2nd – Karl Kruuda (EST): “It is a great result after a difficult rally – my best position ever in the SWRC. It is fantastic to lead the Championship now!”

3rd – Hermann Gassner Jnr (DEU): “All in all I’m very happy. It was quite easy to get used to the car, but the stages were rough, so I’m happy that it is finished now and the car is fine.”