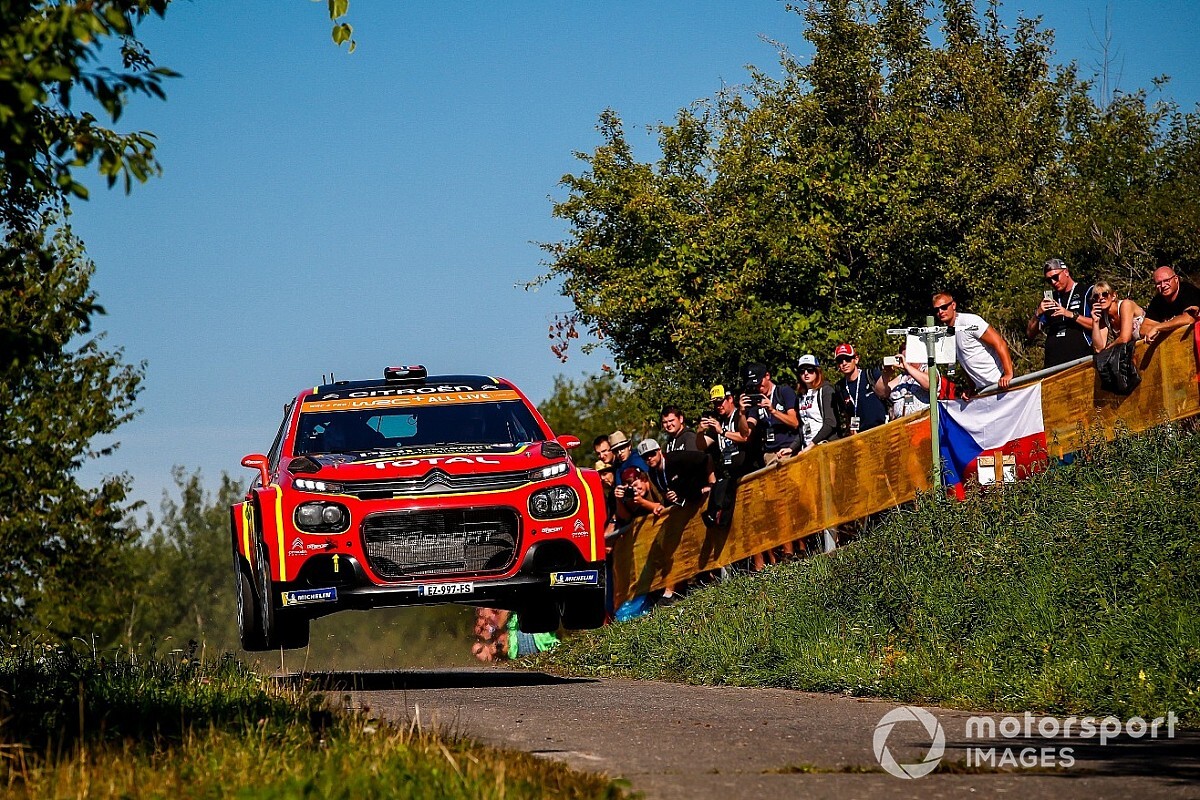 A spectator reportedly escaped injury after falling onto a Rally Germany stage from a height of around five metres as he narrowly avoided being hit by Mads Ostberg's Citroen.

On SS5 of the World Rally Championship's German round, during the second running of the 19.44kmh Stein und Wein stage, the spectator fell off a short wall “head first” onto the stage on a straight section, just as Ostberg rounded a quick right-hander in his Citroen C3 R5.

Ostberg veered left in a desperate attempt to avoid the spectator who he said he missed by ‘half a metre or a metre’.

“In the end I was probably a metre or half a metre away from him,” Ostberg told Motorsport.com.

“He came down the wall a metre from the race line, if he fell down half a second later there would have been no way to avoid it. It’s just a matter of timing.

“He fell down head first and I went almost off the road to avoid him, at the same time he managed to climb out of the line a little bit.

“The shock of the experience, it disturbs your mind a bit when you’re driving. I was thinking about it for the rest of the stage, how much it affected the speed I don’t know. It didn’t make me faster anyway.

“I’ve never experienced…I’ve seen people walking on the side of the road but I’ve never seen… I wasn’t even focused up there and I just saw him come down from above me.

“It was a really shocking experience. He should be injured for sure.”

However the event confirmed that the male spectator was not injured and urged spectators to follow the safety information provided.

Ostberg has been helping the team develop its R5 car through the year, after driving its top-line car in select events in the WRC last year.

The Norwegian is fighting for a podium in WRC 2 Pro on Rally Germany despite gearbox and brake issues aboard his C3 R5.

"Now, I’m experimenting. We have nothing to lose," Ostberg said.

Motorsport.com understands that – despite rumours – the spectator who fell was not inebriated.