Dani Sordo has elected to switch his co-driver for the second time in a matter of months for the remaining rounds of the World Rally Championship season.

The Hyundai Motorsport driver has today announced that he has split with Borja Rozada, who only took over the seat earlier this year from long-time co-driver Carlos del Barrio, with whom he scored his three WRC wins.

However, after only three events into their partnership, Sordo has confirmed that Rozada will be replaced by Candido Carrera, who has more than 30 WRC outings in the books.

It will be Sordo’s third co-driver of the season given he started the campaign in Monte Carlo with de Barrio, before Rozada joined for Portugal, Sardinia and Kenya. Sordo and Rozada scored a second in Portugal before crashing out in both Italy and Safari rallies.

"I am grateful to Borja for his dedication and professionalism," said Sordo in a statement. "He has shown me to be a great co-driver inside and outside the car. 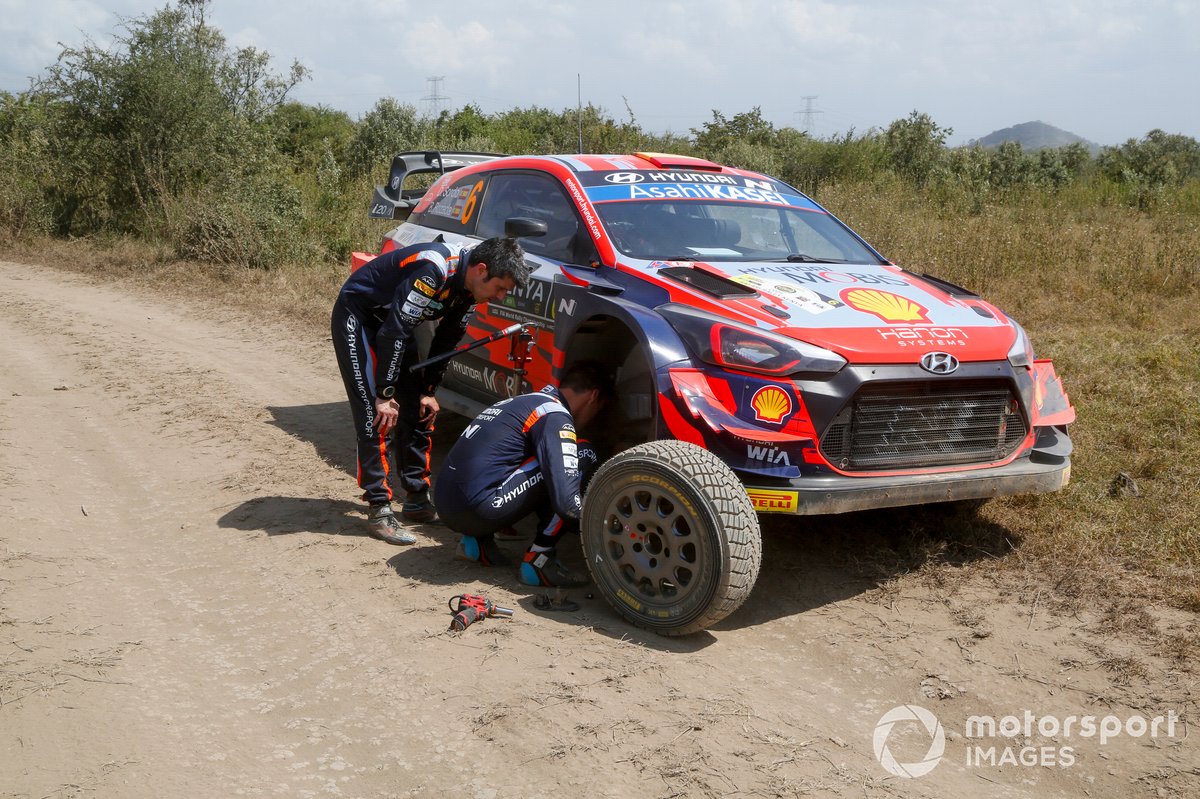 “Unfortunately, despite the enormous work that the two of us have done to understand each other one-hundred per cent, the understandings of my marks on the stages have not been perfect.

“I hope to connect with Candido Carrera as soon as possible and be able to celebrate great successes together this year,” he added.

It is not yet known when Sordo and Carrera will make their WRC debut, with Hyundai choosing to share its third car between Sordo and Craig Breen.

Breen is set to remain on the car for next month’s Rally Ypres in Belgium after finishing second in last weekend’s Rally Estonia.

It is likely Sordo will make a return later this year with events in Greece, Finland, Spain and Japan to come.

The 38-year-old’s WRC future beyond this year is yet to be secured as Hyundai is yet to confirm plans for its third car for 2022, which will see the WRC usher in new hybrid Rally1 rules.

Sordo has been linked to move to Toyota earlier this year as the Japanese marque will need to find a driver to share its third car, with seven-time champion Sebastien Ogier likely to only compete in a partial campaign.