Dani Sordo has revealed the Acropolis Rally in September will most likely mark his return to the World Rally Championship at the wheel of Hyundai’s third entry.

The experienced Spaniard indicated a programme of at least four rallies earlier this year, with Hyundai’s new signing Oliver Solberg expected to contest the majority of the 13 round WRC season in the third i20 N.

Sordo has proven to be a valuable asset for the team, having quickly gelled with Hyundai’s fast but fragile i20 N to score back-to-back third place finishes in his first two starts in Portugal (May) and Sardinia earlier this month.

The results, boosted by Ott Tanak’s breakthrough win in Sardinia, have helped lift Hyundai to second in the manufacturers’ championship 39 points adrift of Toyota.

“This is a very motivating result for the whole team, and I am pleased to score another podium for them,” said Sordo.

“I am here with the target of competing for points, and to support our team’s fightback in the championship. Ott’s win and my third place has helped us to close the gap, which was the objective this weekend.” 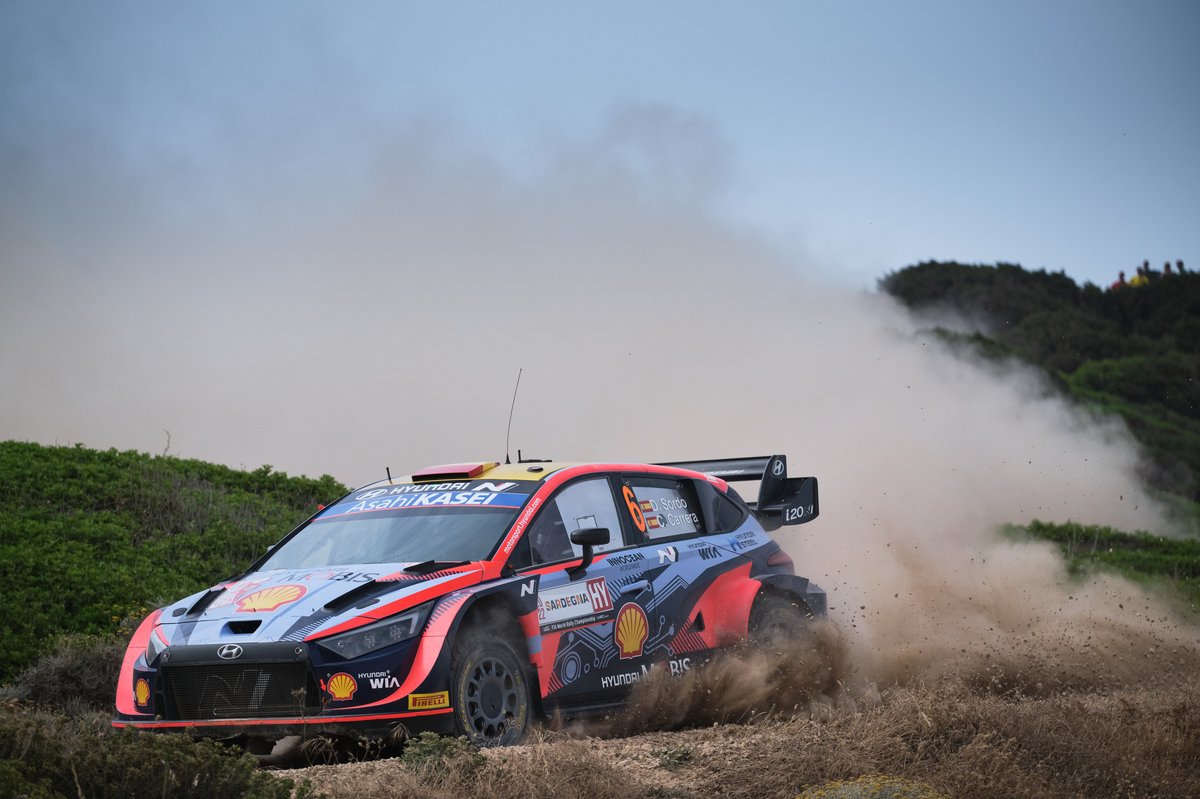 Hyundai has previously confirmed that Solberg will return for next weekend’s Safari Rally, and this week announced he would keep the seat for the following round in Estonia 14-17 July.

It appears Solberg could remain at the wheel for rounds in Finland (4-7 August) and Belgium (18-21 August), with Sordo revealing that his next outing is most likely set to arrive on the gravel in Greece from 8-11 September.

“After the summer, I have holidays now,” said Sordo when asked about his WRC return.

“After two rallies, I need to rest (joking). I am 40, you know. My next is Acropolis in Greece. I wait until there.

“It’s up to the team to have decent preparation and we try and take points with Ott and Thierry for the Drivers’ Championship. I want to see my team going up.”

At Toyota, Esapekka Lappi is set to return to third GR Yaris in Estonia following the return of eight-time world champion Sebastien Ogier to the WRC in Kenya next week.

Should Le Mans be Ogier’s last WEC round of the season, the 38-year-old could be available to contest the Acropolis Rally and the season-ending trip to Japan in November that currently clash with the WEC schedule.

Meanwhile, Ogier will be joined in Kenya next week by fellow multiple WRC champion Sebastien Loeb, who will pilot one of five M-Sport Ford Pumas alongside Craig Breen, Adrien Fourmaux, Gus Greensmith, and a privateer entry for Jourdan Serderidis.