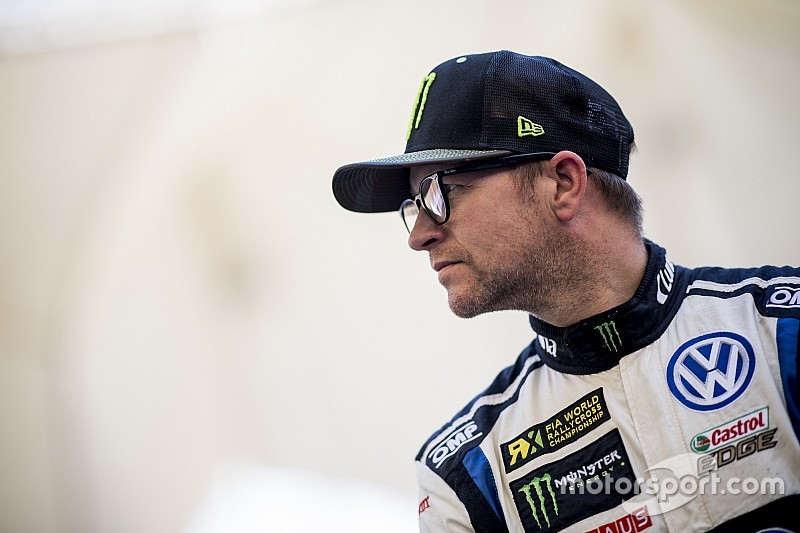 Petter Solberg’s return to the World Rally Championship has been confirmed, with the Norwegian entering next month’s Rally of Spain in Volkswagen’s Polo GTI R5.

The Norwegian will join Eric Camilli in a two-car factory team for the debut of the German firm’s all-new Polo GTI R5.

Solberg, who won the WRC in 2003 then departed the series bound for rallycross in 2012, is delighted to be making this one-off outing.

Solberg said: “I think everybody knows about my passion for rallying and when Sven [Smeets, Volkswagen Motorsport director] asked me if I would like to do Spain in the Polo, I jumped at the chance.

“When I drove the car in January, I didn’t want to stop. Everything about the Polo GTI R5 worked from the very beginning. To be in the car for the very first time is a real privilege for me – I’m very happy that Volkswagen trusted this job to me and to Eric [Camilli].”

Volkswagen team principal Sven Smeets admitted it was a "dream" to land Solberg as a driver for the Salou-based October event.

“Petter is a true rally hero,” said Smeets. “We have already experienced his passion and professionalism working alongside him in World Rallycross. To give everything, always 110 per cent is Petter’s trademark.

“He tested the Polo GTI R5 and, from the beginning, it was our dream to have him in the car to give this new customer rally car its debut. It’s fantastic that he joins us in Spain to drive the Polo R5; I’m sure everybody is looking forward to seeing him back again – and our new car.

“For sure, everybody in Volkswagen Motorsport is excited to be working on a rally and on this special event with Petter and our second driver Eric Camilli.”

The Polo GTI R5 is Volkswagen’s first rally car since it’s all-conquering Polo R WRC, a car that dominated the sport for four years. Solberg is keen to pick up where the factory left off at the end of 2016.

“I know how good the Polo GTI R5 is,” said Petter, “and I think people know I’m not just going there to drive around. It’s an honour to join the team for this event and I will go there to do my best and push as hard as I can.

“It will be fantastic to be back [in the WRC], especially with this car and team. The chance to drive Volkswagen’s Polo GTI R5 on gravel and asphalt in the WRC’s only mixed-surface event is a challenge I can’t wait to start.

"I have seen what Volkswagen Motorsport does from the inside in World RX and it’s going to be a real pleasure to work with them in rallying.

“As well as that, it will be great to see some old friends and fans again. Spain was always one of the events I really loved, the passion and atmosphere there is just fantastic.”

Petter will be co-driven for the WRC’s only mixed-surface event by Veronica Engan, the Norwegian who usually co-drives his son Oliver.

How a WRC rebel is becoming a title favourite