Solberg gets fourth co-driver of 2021 for Monza WRC finale

Oliver Solberg will team up with his fourth co-driver of the season, with Elliott Edmondson set to fill the seat for the World Rally Championship finale at Monza.

Solberg has been recalled by Hyundai to pilot a 2C Competition-run i20 WRC for the Italian asphalt event from 18-21 November, but will do so alongside former M-Sport co-driver Edmondson.

Edmondson takes over the co-driver seat from countryman Craig, Drew who navigated for Solberg in Finland and Spain last month.

Johnston has since landed a co-driver gig at Toyota alongside Takamoto Katsuta which will continue into 2022.

It is unclear if the Briton will continue in the role for next season when Solberg pilots Hyundai's shared third entry with Dani Sordo in a partial WRC campaign.

"I'm really looking forward to working with Elliott. We have spent some time together in the last couple of weeks and made a lot of practice with making notes together. It worked very, very well," said Solberg.

"He has good experience already and I think this can be a good way forwards. When we have been working together, he has already made some good ideas and some good planning for the future.

"The recce for Monza will be the next step for us and then the rally – I know this can be a tricky one with lots of information from the safety crew, but it's a good place to start for Elliott and me. 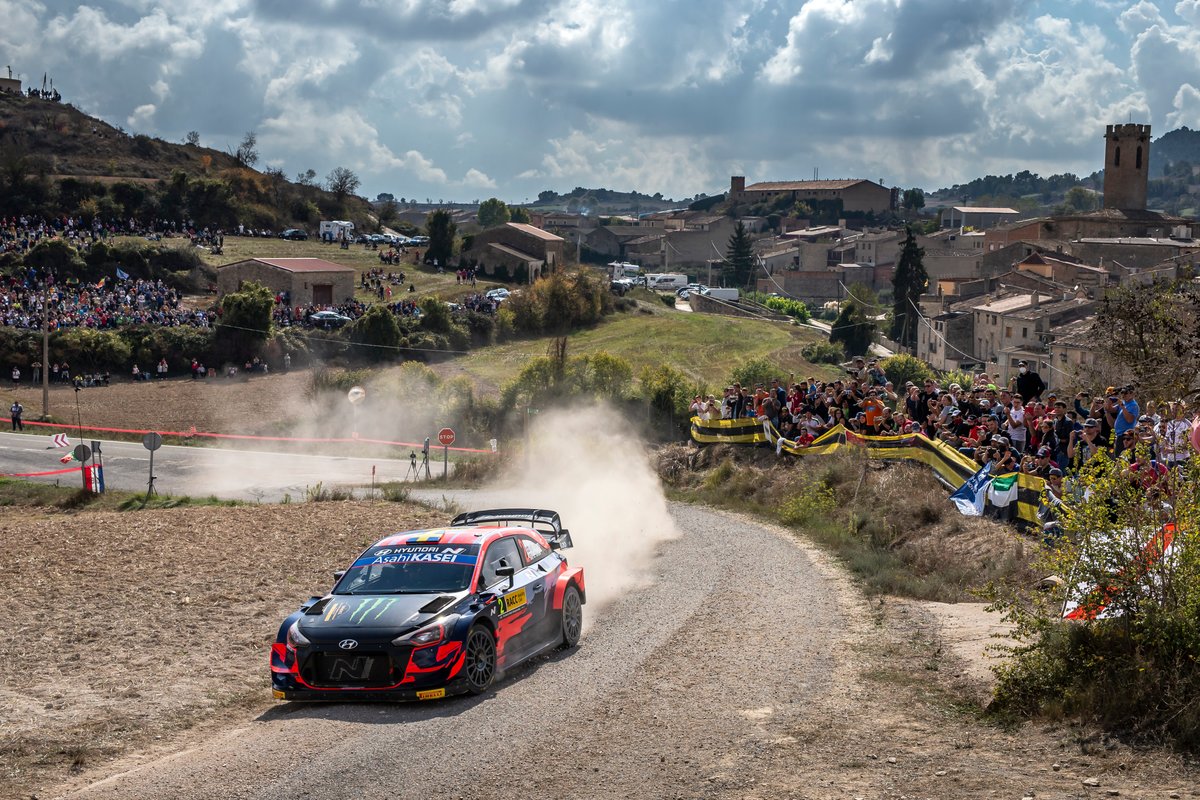 "I want to say a big thank you to Craig Drew for the work he did with me in Finland and Spain. It was always the plan that we could come to work with Elliott in Monza, but it was great to have Craig with me – and I definitely don't rule out to work with him again.

"It's been quite a crazy time for crew changes – I don't know if there's ever been a season like this one from that side – but hopefully now everything is more settled."

Edmondson has also been in and out of co-driver seats this season beginning the year alongside M-Sport's Gus Greensmith, contesting Monte Carlo and Arctic Rally Finland, before switching to join Andreas Mikkelsen at Toksport in WRC2.

"It's been a busy few months working in some different championships, with different drivers and cars, but this is great experience," said Edmondson.

"This is something which helps you to develop as a co-driver, to work in different environments. But as soon as I met Oliver and sat with him, it's felt very good.

"I'm sure Monza is going to be an interesting rally. We saw some really challenging conditions with the snow and ice last year – who knows if we're going to see more of the same this time?"