A new documentary offering a rare personal account of the career of rally legend Michele Mouton will be released later this month.

The Sky Original documentary titled ‘Queen of Speed’ recounts the story of how Mouton fought to break into the male dominated world of motorsport in 1970s and 1980s, winning four World Rally Championship events in the frightening Group B era, while becoming a trailblazer and arguably the most successful female in motorsport history.

Mouton, now aged 70, remains the only woman to have won events in the WRC and next year will mark 40 years since she finished as runner-up in the 1982 season.

Produced by Drum Studios in association with Sky, and directed by the award-winning Barbie MacLaurin, the film sees Mouton offer a personal, emotional and raw account of her career illustrated by spectacular archive footage, and candid interviews from her co-driver Fabrizia Pons, contemporary rally rivals Ari Vatanen and Walter Rohrl and journalists.

Motorsport.com was invited to a special screening of the documentary which digs deep into her unique life story, from the initial struggles of breaking into the WRC to being accepted by her rivals and the pressures and politics of competing in a male dominated sport. It also covers her success and the tragedy of losing her father and its impact on her best chance to win the WRC title while driving for Audi in 1982.

Mouton has previously knocked back offers of autobiographies and documentaries to be produced on her career, but was persuaded to embark on this project by her daughter as a way of preserving her story for her grandchildren.

“I am pleased to have it now all in one piece. I’m satisfied,” Mouton told Motorsport.com

“The objective was for me, I never wrote any books, and my daughter told me once that your granddaughter will not know what you have done in your life so maybe you should accept one of those proposals because I have received many. So finally I thought she was right so I thought I will finally do it. I had a good feeling with the director and so that is why I did it and I am happy.

“It was good for my memory also and after 40 years there are things that you remember but details you have forgotten. It is my career told by me so it should be the truth.

“I saw some footage that I have never seen before, and of course when you see footage of your parent talking and everything it is emotional. It is like a comeback on something that was quite long ago now. It is far back but it was really fun to do it.

“I hope some more girls and women will watch the film and be inspired by it.” 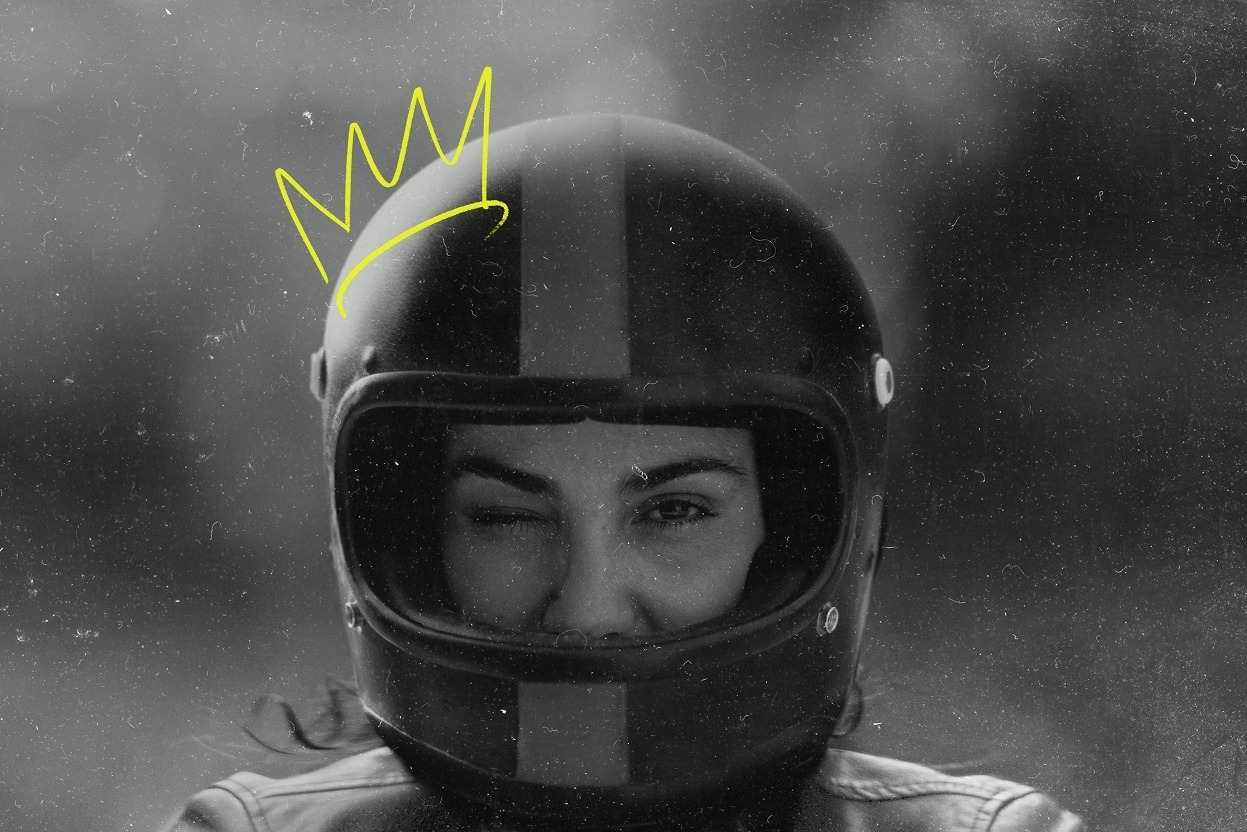 A wealth of archive footage offering an insight into Mouton’s early family life to her first dalliance in motorsport really sets the scene for the documentary. Mouton explains that she started driving aged 14 and when she secured her driving licence she would look for twisty roads in her native France to drive when returning home from a night out dancing.

However, becoming a rally driver was never a thought until her friend Jean Taibi asked her to co-drive for him at the Tour De Corse in 1972 - a role she would continue until her father offered up an opportunity to switch to driving, when he bought an Alpine A110 and gave Michele a year to prove herself.

It wasn’t long until she started turning heads helped by finishing 12th overall at the 1974 Tour de Corse. Mouton’s pace upset many of her male rivals who assumed her speed was down to cheating and not talent, prompting the Alpine to be ripped apart by scrutineers to ensure the car was legal, which is captured brilliantly with archive footage.

Mouton explains she had “disrupted a masculine world” and that to be “accepted was her motivation” in succeeding in the sport. It is a running theme in the film with plenty of focus on two of her most fearsome rivals, with Vatanen and Rohrl featuring prominently, recounting what it was like to go up against Mouton.

A confronting story of how Vatanen, then driving for the Rothmans Rally Team, said at the time 'he would stop rallying if he was beaten by a woman' is re-told. The 1981 world champion, who said that Mouton “had awoken the rally world” is offered a right to reply in the documentary, now 40 years on from those comments.

After three difficult years driving for Fiat, Mouton also reveals that she initially thought a phone call from Audi asking her to join its factory WRC team for 1981 was a “joke”, before accepting to drive, alongside Hannu Mikola, in the all-new four-wheel drive Quattro, she describes as like “taming a wild animal”.

Driven to succeed, Mouton’s passion and desire to win comes across throughout and is portrayed at its best with behind the scenes footage of her being forthright with her words while explaining to Audi mechanics how she wanted the car set up.

That car would however help her to the ground breaking achievement of becoming the first woman to win a WRC event at the 1981 San Remo, which is covered in depth as is the 1982 season, where she won rallies in Portugal, Greece and Brazil and challenged for the title. The victory in Portugal provides some of the most shocking scenes as cars blast through stages lined by thousands of fanatic spectators, and even the gruesome images of mechanics picking out severed fingers from fans, desperate to touch the car at speed, that had found themselves in the Quattro’s internals.

Those shocking images are contrasted by Mouton’s reflections on the tragic end to that season and the death of her inspirational father Pierre, prior to the Ivory Coast round. Mouton realistically only needed to finish to seal a history making world championship. Initially wanting to go home to grieve, she elected to push on and didn’t tell Audi about the personal tragedy. Unfortunately she was hampered by a gearbox issue before eventually crashing out, handing a second title to Opel's Rohrl, who at time felt his previous achievements would have been diminished had he been beaten by a woman. 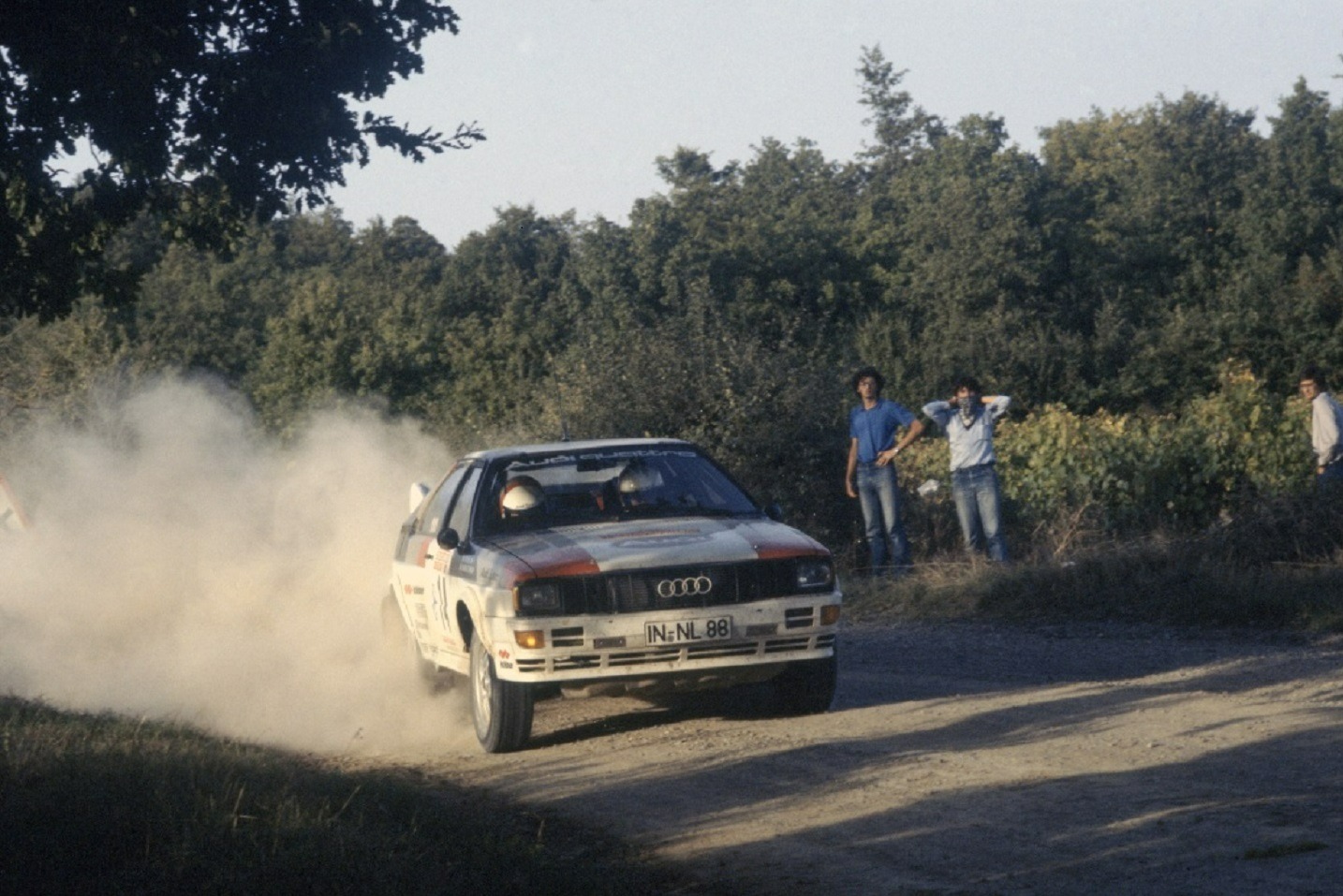 While Mouton’s insights are equally fascinating and emotional, there is plenty of humour in the documentary, largely provided by accounts from the bubbly Italian personality of co-driver, and to this day close friend, Pons. Fabrizia is really able to drill down into explaining the struggles while recounting the emotions of their success as if it had happened yesterday.

Another area where this documentary excels is its soundtrack; from the roar, pops and bangs of the fearsome Audi Quattro to iconic contemporary 1980’s hits from acts, such as Eurythmics, help the viewer transport themselves to the decade and to rallying’s infamous Group B era.

Mouton touches on her departure from Audi and effectively being replaced by rival Rohrl, which Pons believes was the result of the German marque having got the “publicity” it craved from a woman driver and wanted an image change.

Her career outside of the WRC is showcased, including the time she “was happy to shut America up” by scoring two wins at the famous Pikes Peak hillclimb for Audi after facing criticism from irritated rival Bobby Unser.

Mouton also explains her retirement from rallying to start a family after winning the 1986 German national championship for Peugeot as the Group B regulations were halted for safety reasons. Since retiring from motor racing Mouton became head of FIA's Women in Motorsport Commission.

Queen of Speed really shines a light on the struggles Mouton faced to be accepted, purely down to her gender, while it also underlines the sheer natural talent she possessed behind the wheel, that quite rightly places Mouton in motor racing’s hall of fame.

It also hammers home the fact that in 40 years no woman has come close to emulating her which provokes its own questions as to why this is the case.

There has been a dearth of motorsport documentaries produced in recent years and Queen of Speed is equally as captivating, eye opening, inspiring and thought provoking as those that have come before. Carefully shot and researched it provides in Mouton’s words “the truth” of her career. 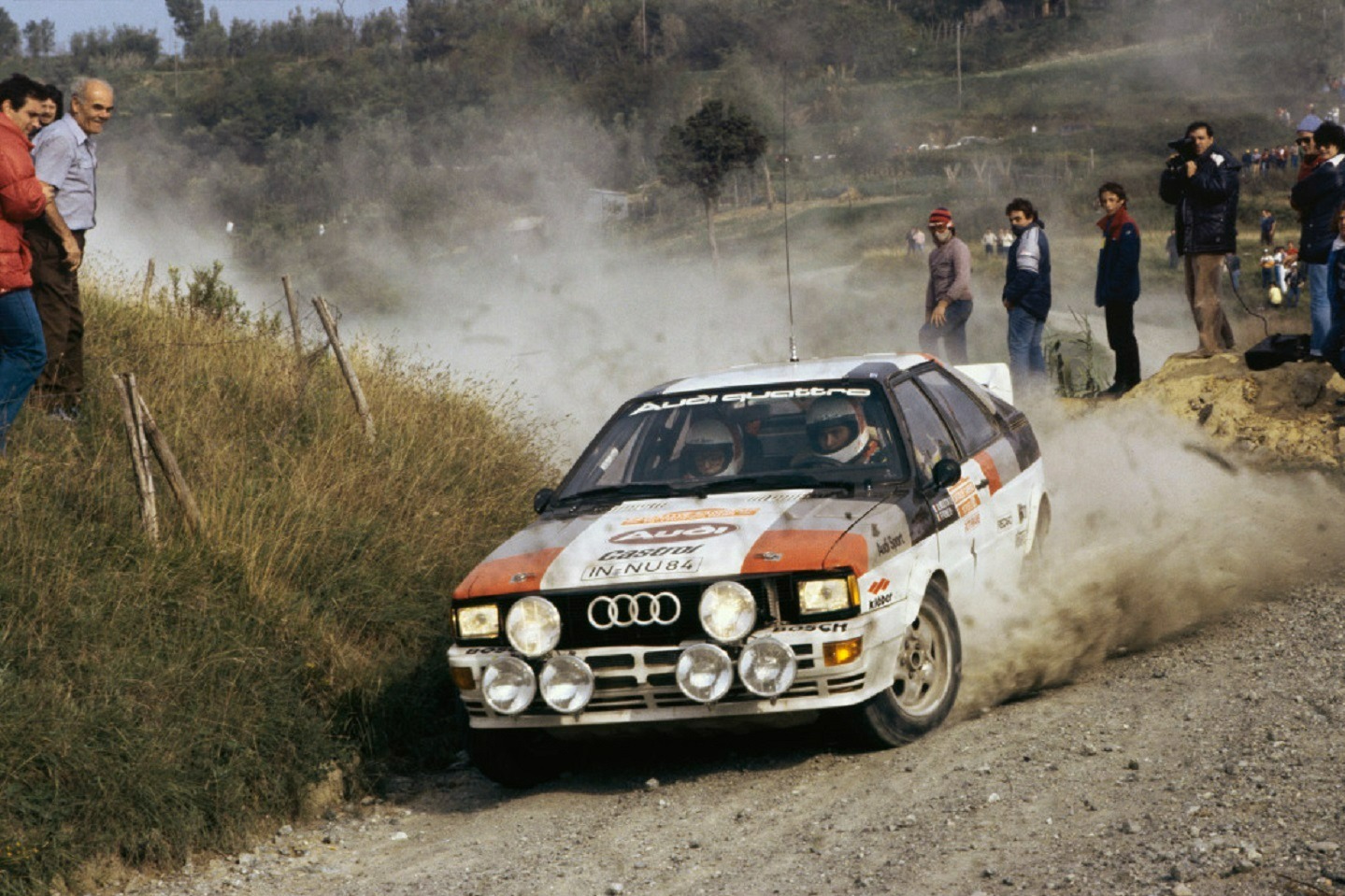 Solberg gets fourth co-driver of 2021 for Monza WRC finale