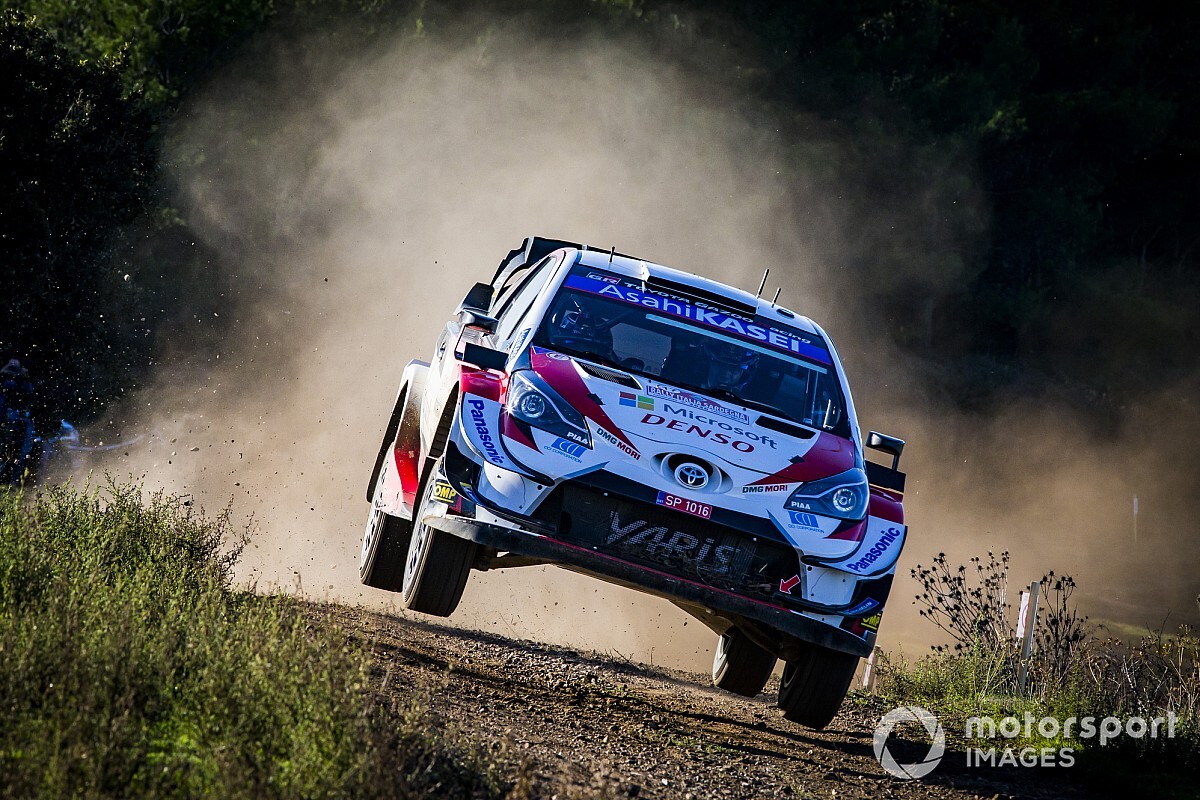 Sebastien Ogier will stay with Toyota in the World Rally Championship in 2021, deferring his plans to retire from the top echelon of rallying for at least another year.

Motorsport.com revealed back in July that Ogier had expressed his intention to contest the 2021 WRC season to Toyota, and the Japanese marque was also not willing to look for drivers outside its current line-up.

It has now been confirmed that the six-time WRC champion will stay with Toyota for a second season next year, having joined the squad in 2020 after a year-long stint with Citroen.

Ogier is again expected to team up with Elfyn Evans and Kalle Rovanpera as part of an unchanged driver line-up at Toyota.

“This 2020 year was not as long as expected I would say,” said Ogier. “We had a short season with a few rallies. I really enjoy working with the team, enjoying driving this car. I’m very happy to finally announce and confirm that I will drive one more year in WRC with Toyota Gazoo Racing.”

Ogier stated last year that he would retire from the sport at the end of the 2020 season, but the impact the coronavirus has had on the WRC calendar has prompted him to extend his career.

The 2020 WRC season has ended up with just seven events, with several high profile rallies - and even some new events like the Ypres Rally in Belgium - cancelled due the pandemic.

“It was not my initial plan, but this 2020 year is very particular for everybody on this planet and somehow the fact that I had to stay like most of the people at home this year, I didn’t do the last season I expected to do and ending my career on such a strange season was not great,” he explained.

“So for sure that was one of the reasons to change my plan about retirement. So for sure the plan is to keep pushing in 2021 and hopefully have a better, normal season and try to push for last title.”

Ogier sits second in the drivers’ standings following a lone victory in Mexico before the pandemic took hold, but faces a 14-point deficit to championship leader and Toyota teammate Evans heading into the season finale at Monza next month.

VeeKay satisfied in IndyCar, has interest from “top teams”

AUDI QUATTRO - Everything You Need to Know | Up to Speed