Italy WRC: The Good, the Bad and the Angry

The World Rally Championship’s visit to Sardegna was a punishing test of man and machine with only four crews reaching the finish. Motorsport.com reviews the highlights, lowlights, turning points, close calls, moments of anger and heartbreak that made round five

After a truly punishing rally run over some of the most brutal roads on the calendar, you could argue that the four top- flight WRC crews that completed the full distance deserve the Top Performer gong.

However, in truth there are two contenders, rally winner Toyota's Sebastien Ogier and Hyundai’s Ott Tanak. On this occasion Ogier edges it as the seven-time world champion once again underlined why he is one of the greatest rally drivers of all time.

Ogier admitted before the event if there was any point in turning top at Sardegna given the championship leader would lose significant time running first on the dusty, slippery gravel roads. But the Frenchman underestimated how good he has become as a road sweeper, ending Friday third overall courtesy of a masterclass display of risk-taking driving, while also cleverly preserving his rubber to limit the damage.

Tanak deserves an honourable mention because if his Hyundai i20 Coupe was a bit tougher and more reliable he would have surely won the event at a canter. The 2019 champion made the most of his favourable road position and a lightning fast Hyundai to open up a 40s lead on Friday after five stage wins. However, he was to suffer the cruel blow of hitting a small rock that proved terminal on Stage 12. 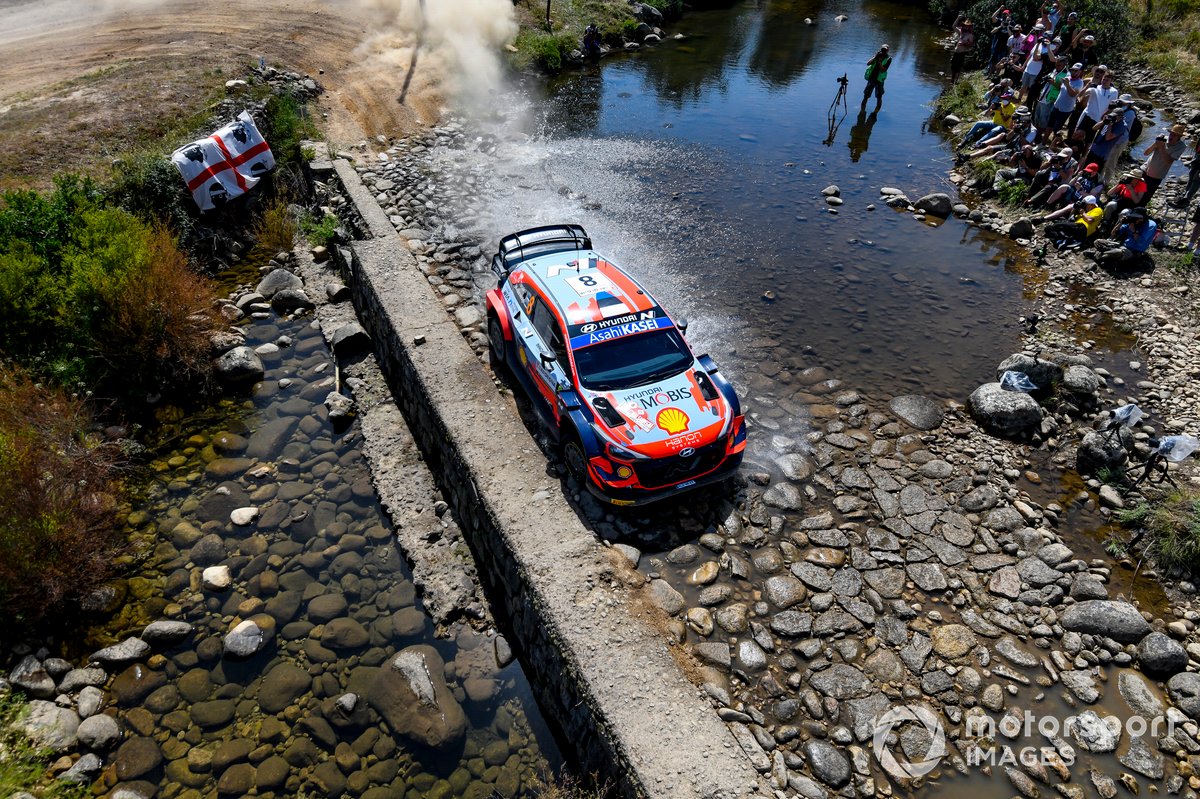 Rally Sardegna was turned on its head on a brutal Saturday that saw Hyundai’s dominance turn to desolation in the space of four stages.

The biggest turning point was the demise of Tanak, who had dominated the rally up until he hit a small rock on Stage 12 that wiped out a 40s lead over his teammate Dani Sordo.

The Estonian cut a frustrated figure, pulled up on the side of the road having had to surrender a rally lead for the second consecutive event after suspension failure also robbed him in Portugal. That’s a possible 50 points down the drain leaving his title bid surely needing Toyota’s Ogier and Elfyn Evans to suffer issues.

Just when Hyundai thought it couldn’t get any worse, it did. Sordo, who had lost second spot to Ogier before the Frenchman inherited the lead after Tanak’s demise, rolled his Hyundai after clipping a culvert on the exit of a right hander. Game over.

The television coverage quickly cut to the service park and Hyundai boss Andrea Adamo, who had that look of anger and sadness as if a much loved family pet had been hurt.

The rare driver error from Sordo handed Toyota a one-two on a plate which they duly took as Ogier headed Evans to score the marque’s first win in Sardegna.

Hyundai will have to address its i20’s fragility and reliability if it wishes to end the year with silverware. 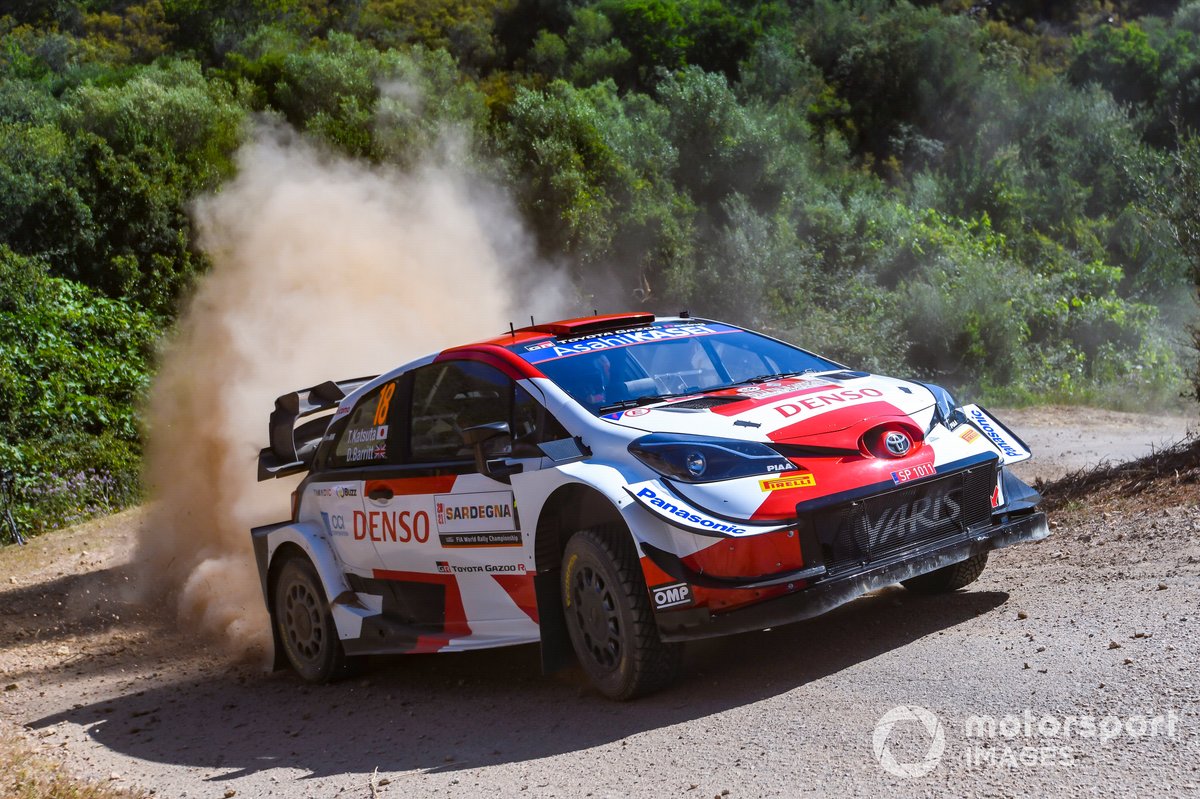 Rallies produce numerous close calls as drivers show nerves of steel to tackle some of the world’s most challenging stages at ridiculous speeds.

Toyota’s Takamoto Katsuta had his own code brown moment when he hit what he described as “a helmet sized rock” on the road that would end up taking out Tanak. The collision at almost full tilt lifted his Yaris into the air and pitched it directly at the rugged scenery, but somehow the talented Japanese driver managed to wrestle the car back before impending disaster.

“It was impossible to avoid. The car just jumped, and there is a big hole under the under guard.” said Katsuta.

Had he not recovered the Toyota to hold fourth, the rally would have been left with just three WRC crews reaching the finish, such was the high attrition rate in Sardegna. 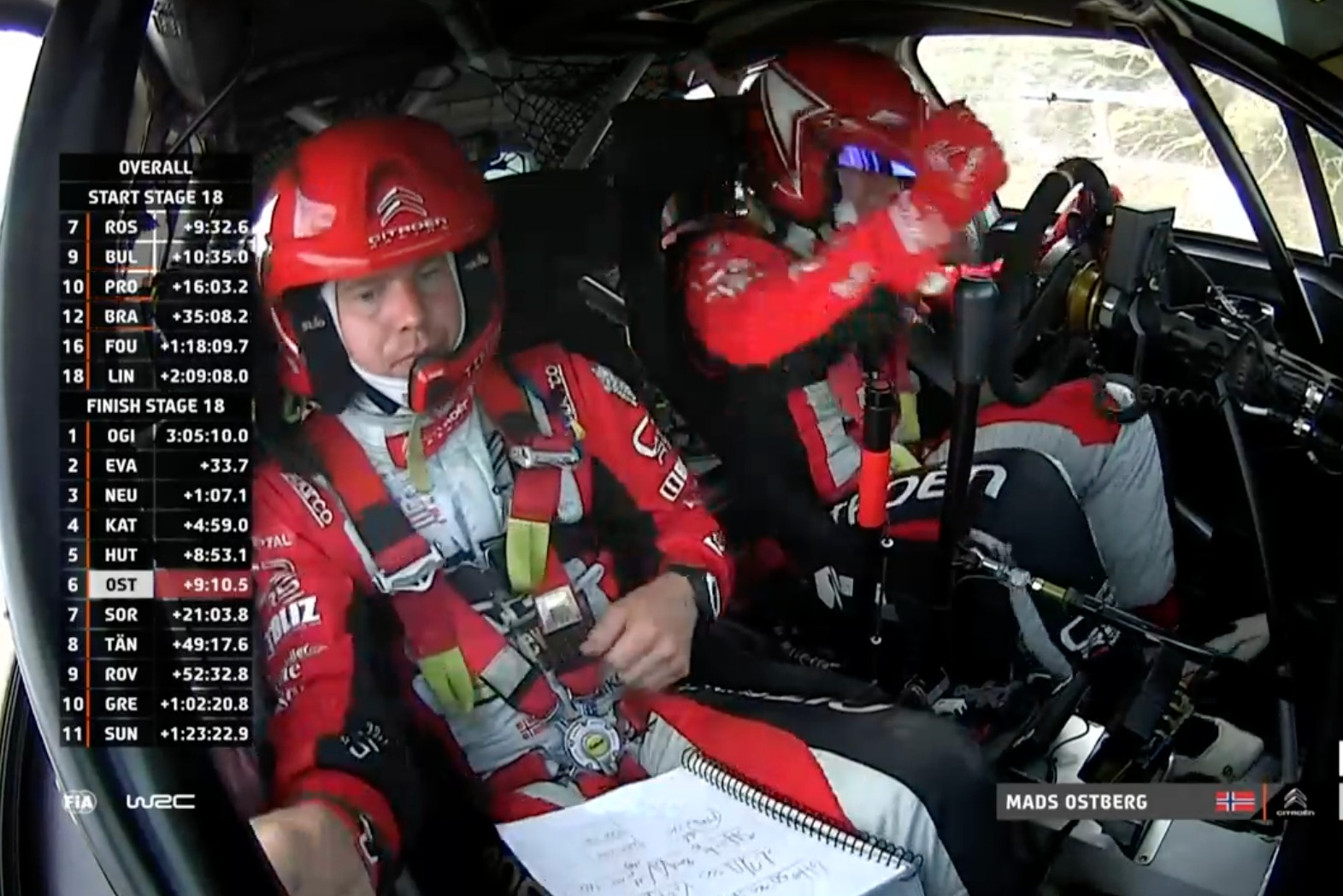 Photo by: WRC + All Live

While Tanak was clearly angry to see a second possible victory slip from his grasp through no fault of his own, there is only one contender for this category - Mads Ostberg after his extraordinary expletive rant after Stage 18.

The WRC2 driver’s emotions were already running high after a drama-filled Saturday. The Norwegian suffered a brake problem and lost a wheel on his way back to service on Saturday, checked in late and copped a one minute penalty that robbed him of the class lead.

Those emotions hit the rev limiter on Sunday when a front left puncture on Stage 18 unravelled the work to claw the WRC2 lead back. The result, fireworks and an extraordinary outburst on live television featuring four F bombs in a matter of seconds.

“I’m so f****** annoyed all the things happening all of the time,” said an angry Ostberg, who went on to finish the rally sixth overall and second in WRC2.

Former WRC star Kris Meeke quipped on the commentary, “I would hate to see Mads if his wife burnt his toast.”

It resulted in the FIA issuing a €1000 and has a suspended 25 championship points penalty. It perhaps seems a harsh penalty given he was interviewed seconds after finishing the stage and in the heat of the moment.

A mad Mads Ostberg certainly captured the imagination of fans on social media with the outburst becoming one of the most talked about moment on the platform.

So our top tweet goes to David Duran for his curt but simple response, closely followed by footage of WRC2 driver Marco Bulacia's incredible recovery on the same stage.

The Mediterranean backdrop coupled with the drama on the roads once again made for some picture postcard photography, here is our top three hot shots. 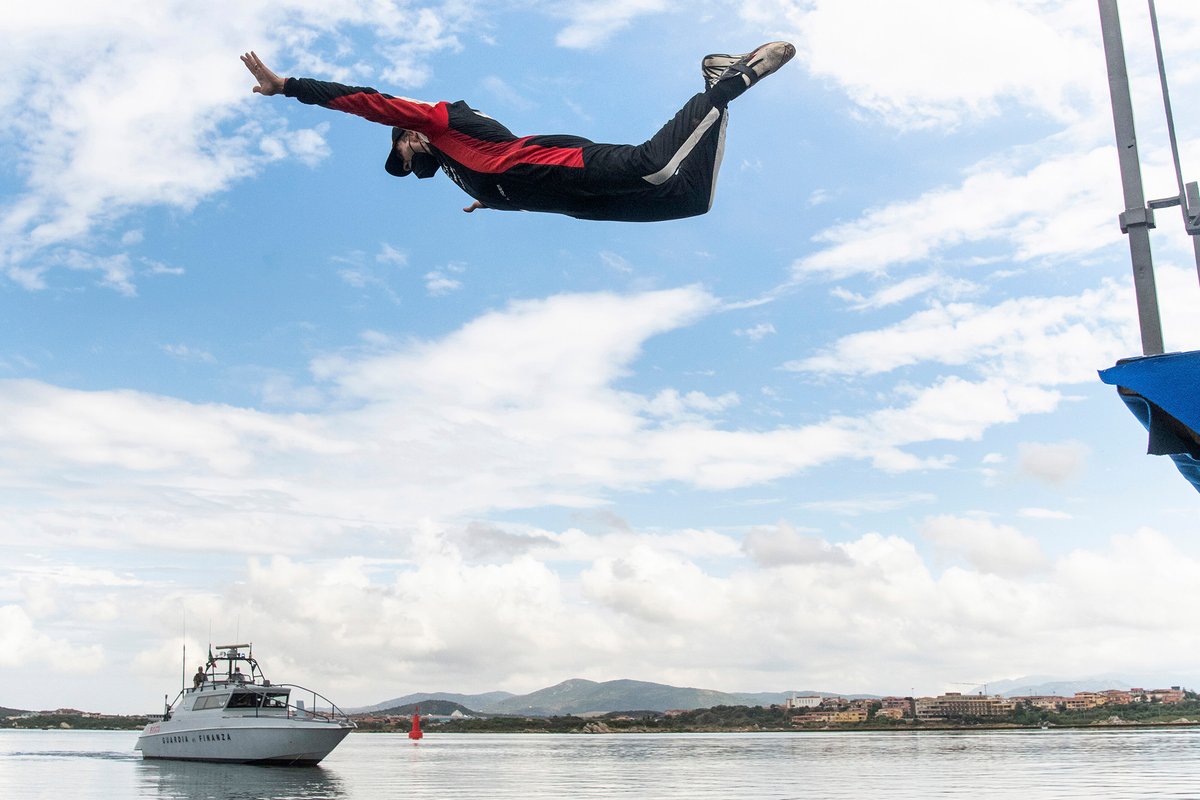 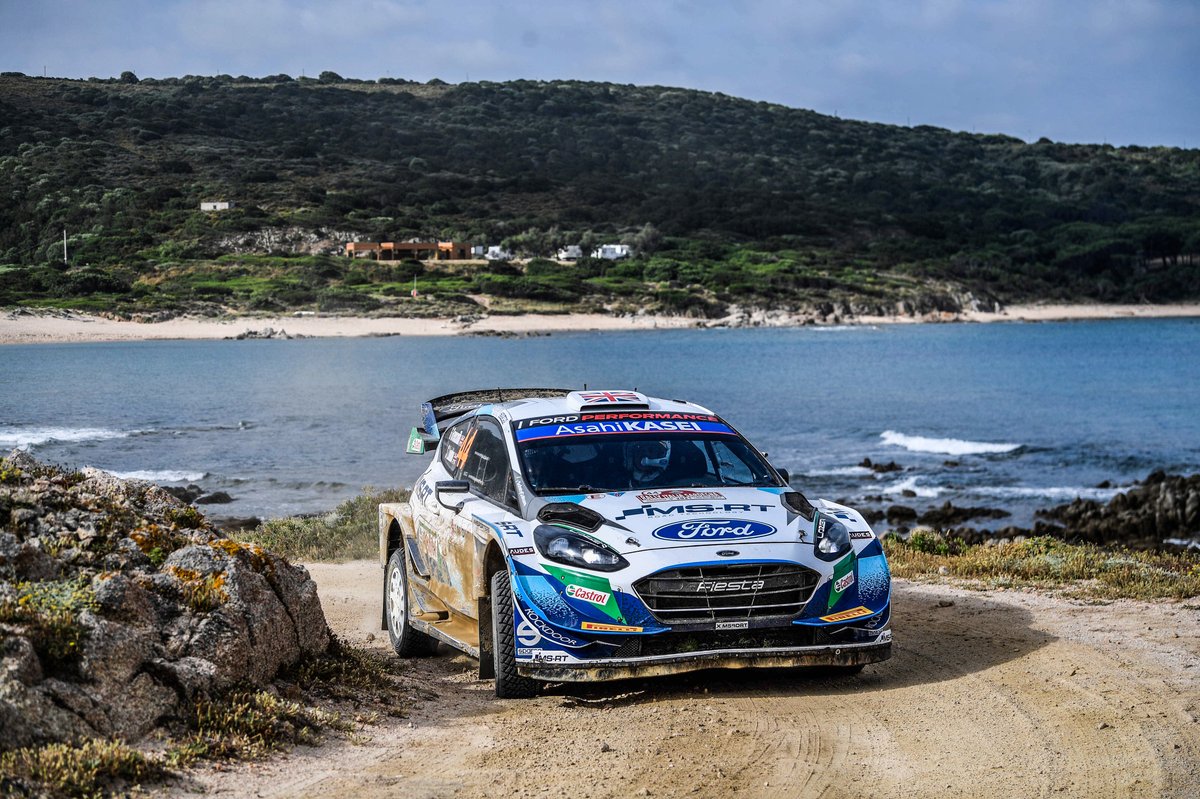 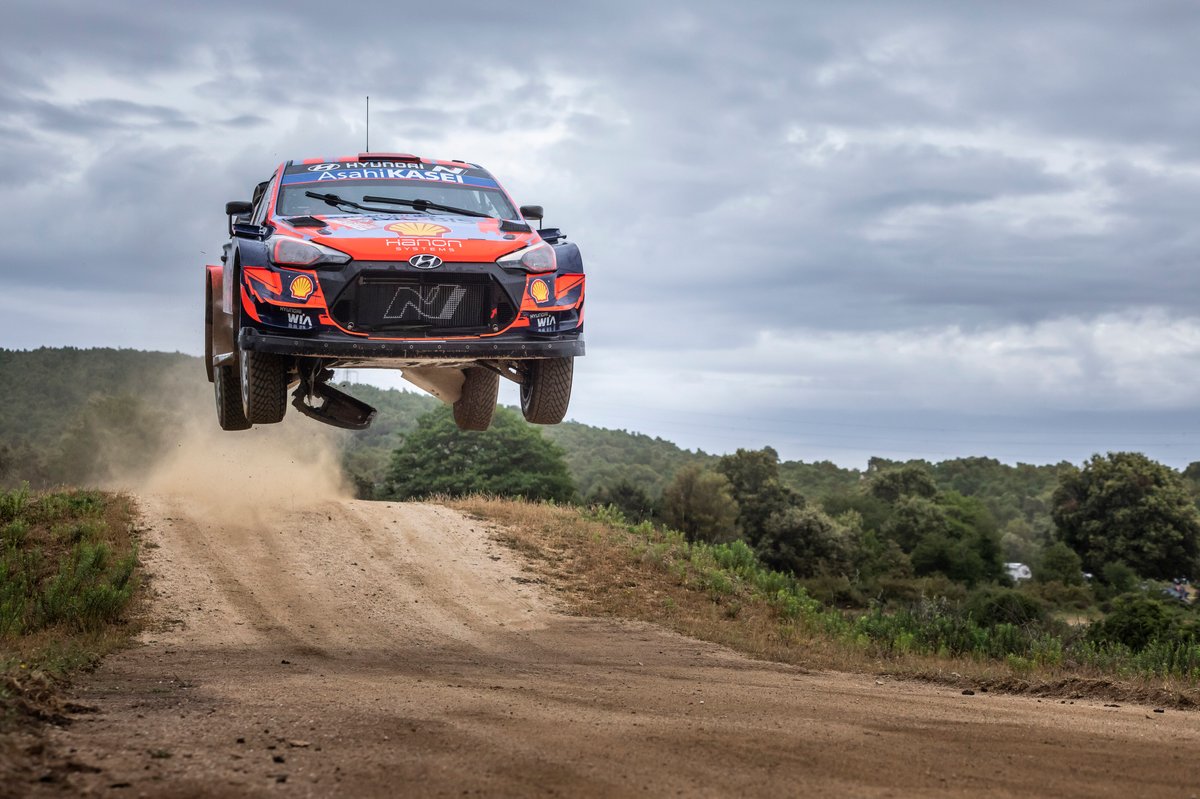 A wild start to Saturday that ended Tanak’s rally and provided a scare for Katsuta.