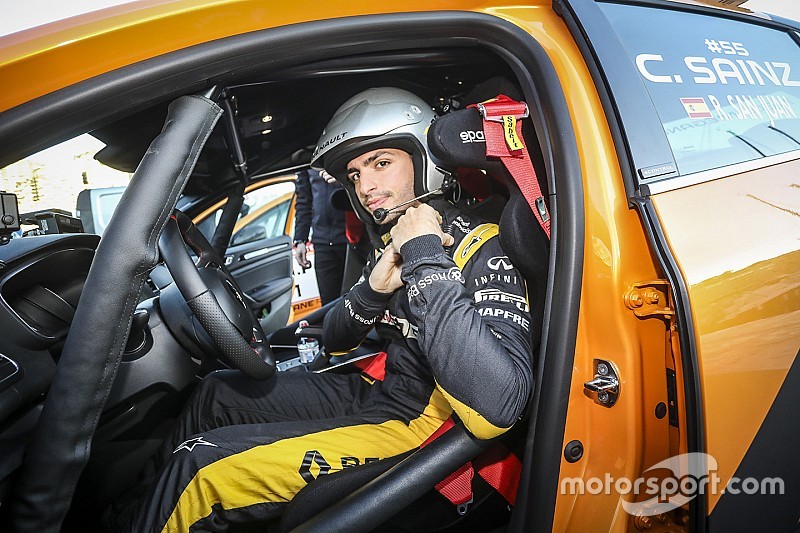 Renault Formula 1 driver Carlos Sainz said his father warned him "about 100 times" to be careful ahead of driving the final two stages of the Monte Carlo Rally last Sunday.

Those stages contained a mix of dry and wet road, dirt, slush and polished ice, and Sainz said his two-time WRC champion father had urged him to be cautious before an event he arrived too late to do a recce for.

"I talked to my co-driver earlier in the week and I told him just to grade the notes quite simply," he explained. "He told me the areas with the ice and gravel – there was a lot of gravel in the powerstage.

"This was a lot to take in at the start, but as I got to know the pace notes, all of a sudden I started to feel more together and I could push a bit more – but only when it was dry and I was confident of the grip.

Sainz said he would have preferred to arrive two days earlier and replicate Carlos Sr's tendency to "prepare everything in detail".

The 23-year-old is heading into his first full season with the Renault team after being loaned to the French manufacturer by Red Bull.

Sainz said the experience was "the best thing the team could ask the son of a World Rally champion".

"It was a dream come true to drive over the Turini with three or four kilometres of ice," he said. "Coming up the hill on the Turini stage, I was looking and waiting, then my co-driver said, 'the col is coming'.

"We came through the right and left and over the top: there it was. Suddenly so many memories came to my mind. The atmosphere was incredible, but it was hard to take it all in."

He admitted that the spectacle of the stage was quickly replaced by caution as he tried to complete it.

"The conditions from there down the hill to the finish of that stage were so slippery and really tricky," he said. "There were a couple of kinks, where it was difficult to keep the foot down.

"I had the winter tyre, but I didn't have the stud, which is why in the ice I was very, very, very steady. It's definitely made me more excited to do something, but it's not my time for this yet."