Rovanpera: New WRC car "quite a handful" on snow

Kalle Rovanpera says the World Rally Championship's new cars are "tricky" to drive on snow, requiring a "lot of work in the cockpit" following a first test in the conditions.

Toyota completed a test on snow-covered gravel roads with its new hybrid Rally1 GR Yaris in Finland last week, as the squad stepped up preparations for Rally Sweden at the end of the month.

Rovanpera was joined in the test by Toyota teammates Elfyn Evans, Takamoto Katsuta and Esapekka Lappi, who will take over the third GR Yaris driven by eight-time champion Sebastien Ogier in Monte Carlo for the second round of the championship.

While pleased with the team's work in the conditions, Rovanpera feels drivers will have to be more precise. The Finn also revealed that the extra 70kg of weight the Rally1 cars carry due to the new hybrid system was noticeable.

"The feeling is positive but it is quite tricky, I have to say," said Rovanpera, when asked about how the car performed on the snow.

"We had quite a lot to do with the snow set up. This car is quite a handful on snow really.

"This is the first time with this car on the fast gravel and snow and you can really feel the weight quite a lot.

"Now when it is snowing and quite slippy it is really tricky to drive, and you have a lot of work to do in the cockpit to drive.

"You have to really be precise and accurate with the car. It doesn't seem so easy, but hopefully we can make it good." 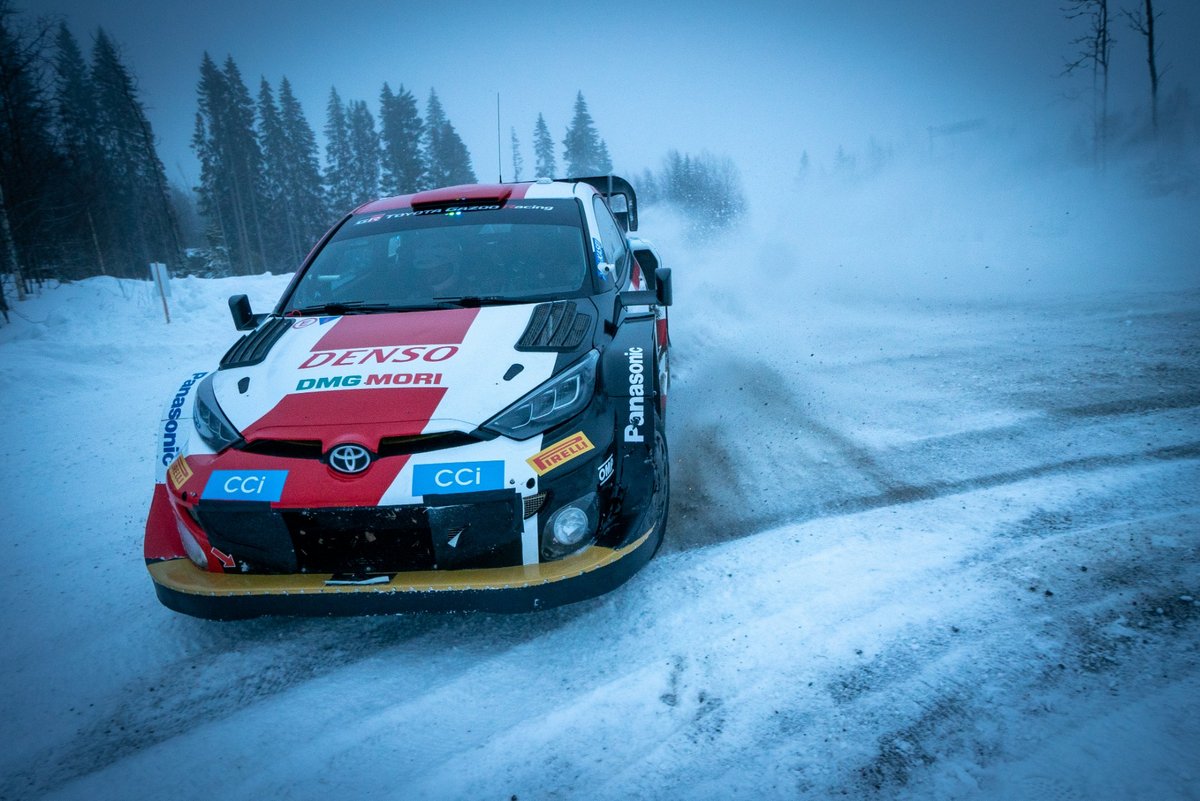 Preparations for Rally Sweden arrive after a bittersweet season opener for Rovanpera in Monte Carlo, where he finished fourth after initially struggling to acclimatise to the new machinery.

After ending the first day more than minute off the pace, the 21-year-old managed to find a sweet spot with the car, claiming three stage wins to recover to fourth.

Reflecting on the rally, he felt the tight turnaround for the team in finishing the build of the cars restricted the time in finding a comfortable set up in testing.

"Of course I was not impressed but I was really happy with the weekend overall as we started off with quite bad pace, and with a difficult feeling in the car," he added.

"But we did a big job with the team to get the set up and the car was much better for me and then we could be at our own pace, and then I could be happy.

"I think we started the rally with quite similar cars to my team mates. I think the issue was just I didn't feel so comfortable at any point in the test. I was expecting to be struggling with the car.

"I think testing with the new car we had so much work to do we couldn't do set up all the time, as we had to validate many things and try many things.

"I just didn't find the right way in the test, where I want to have the car, and then in the rally we needed to find it as we were quite off [the pace], and then it was easier in the rally to work on the set up."

Courtesy of his Monte Carlo power stage win, Rovanpera will open the road in Rally Sweden (24-27 February) as the highest placed full-time driver in the championship standings.

FIA pushing WRC to start considering next set of regulations