World Rally Championship leader Kalle Rovanpera has vowed to come back stronger in New Zealand after admitting his Acropolis Rally was one of the worst of his career.

The Finn faced a second opportunity to become the youngest ever world rally champion if he could outscore Hyundai's Ott Tanak by 18 points in Greece last weekend.

However, Rovanpera found himself more than a minute adrift of the front runners on Friday, as the effects of cleaning the road were much greater than expected.

Coupled with a poor road position, Rovanpera and his Toyota teammates Elfyn Evans, Esapekka Lappi and Takamoto Katsuta all struggled for outright pace from the GR Yaris.

It is understood that set-up struggles can be partly attributed to a difficult pre-event test, where two of the team's drivers ran off the road, while inclement weather meant Toyota had one full test day at its disposal in the correct conditions.

Rovanpera's hopes of a strong points haul were ended on Saturday when he sideswiped a tree, ripping the entire tailgate from his GR Yaris and damaging his rear brakes and suspension. This cost him more than 16 minutes.

The 21-year salvaged four bonus points from the rally-ending powerstage to reduce the damage to his championship lead to 53 points over Tanak, who finished second overall and claimed the five-point bonus. 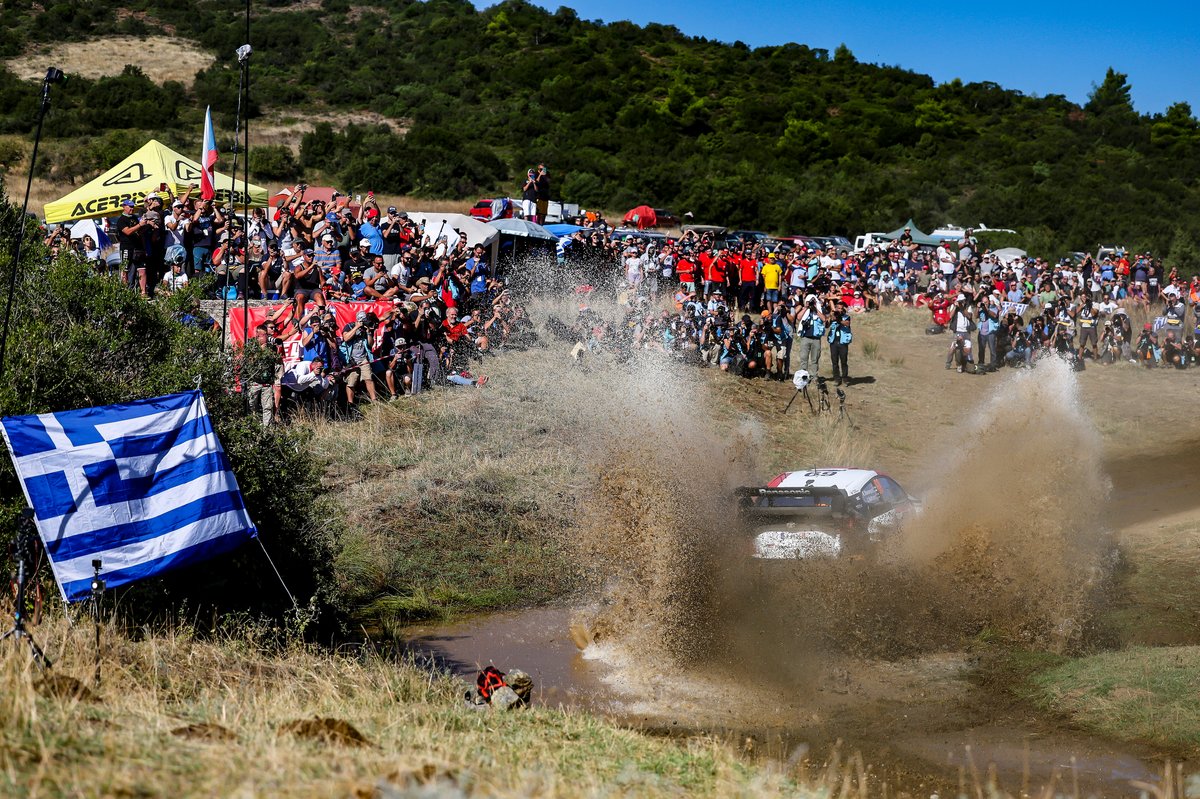 "Of course, I have done many good and bad weekends, but this is one of the worst ones," said Rovanpera, who can now wrap up the title in New Zealand if he scores eight points more than Tanak.

"It has been a long and tough weekend, more difficult than we expected and not what we wanted. At least we were able to get some points in the powerstage.

"We tried to do our best in the powerstage. It wasn't easy, I had to push everywhere including in the rough parts but we managed to get some good points so the situation isn't so bad for the championship. Now we need to concentrate on the next one and come back much stronger."

Toyota's Acropolis Rally weekend was compounded by a fuel pressure issue forcing Lappi out of second spot on Saturday, while Evans retired from fourth on Sunday due to a suspected turbo issue.

It left Katsuta as the top Toyota in sixth overall as the Japanese maintained his run as the only driver to finish every WRC round in the points.

Toyota boss Jari-Matti Latvala says it is important his team learns from the weekend before heading to New Zealand at the end of the month.

"It was a poor weekend but it wasn't catastrophic," said Latvala after witnessing Toyota's manufacturers' title lead reduced to 63 points over Hyundai following the latter's 1-2-3 in Greece.

"We have to remember even though it looks really bad we eventually still scored 18 points plus five on the powerstage for the manufacturers' championship which keeps us in a nice lead.

"But of course we have to learn from this weekend and why things went wrong, and we need to improve for the future.

"It was combination of many things happening but I would rather have everything at one time than having things happen at many different events.

"We can take the learning from it and head to Rally New Zealand with a fresh mind."