The Welshman started the day having inherited the lead from Hyundai’s Ott Tanak, but found himself falling to fourth overall following a crash on Stage 9.

Evans lost control of his Toyota GR Yaris while navigating a quick right hander, resulting in an impact with a grass bank, which rolled the car.

Last year’s championship runner-up managed to reach the stage end but the car had suffered damage to the radiator while the entire tailgate was removed in the crash. The incident left Evans 36.2s from the lead.

Evans and co-driver Scott Martin stopped on the following road section to carry out frantic repairs, that included Evans filling up his camel bag with water from a puddle to re-fill the radiator.

After Stage 10 was cancelled, the duo successfully reached the mid-point service, where Toyota were primed to deploy extra mechanics to fix the car.

However, an FIA inspection ruled that the car’s roll cage was too badly damaged. Toyota will investigate to see if they can repair the car for Sunday’s final four stages.

“Unfortunately I have some negative news because we have been investigating the car together with our team and the FIA and noticed that there is roll cage damage,” said Toyota team principal Jari-Matti Latvala.

“So we have to retire the car from the day. For this day it’s over, but once after these services we have more time to investigate, we look at what could be done so we don’t know about Sunday yet. 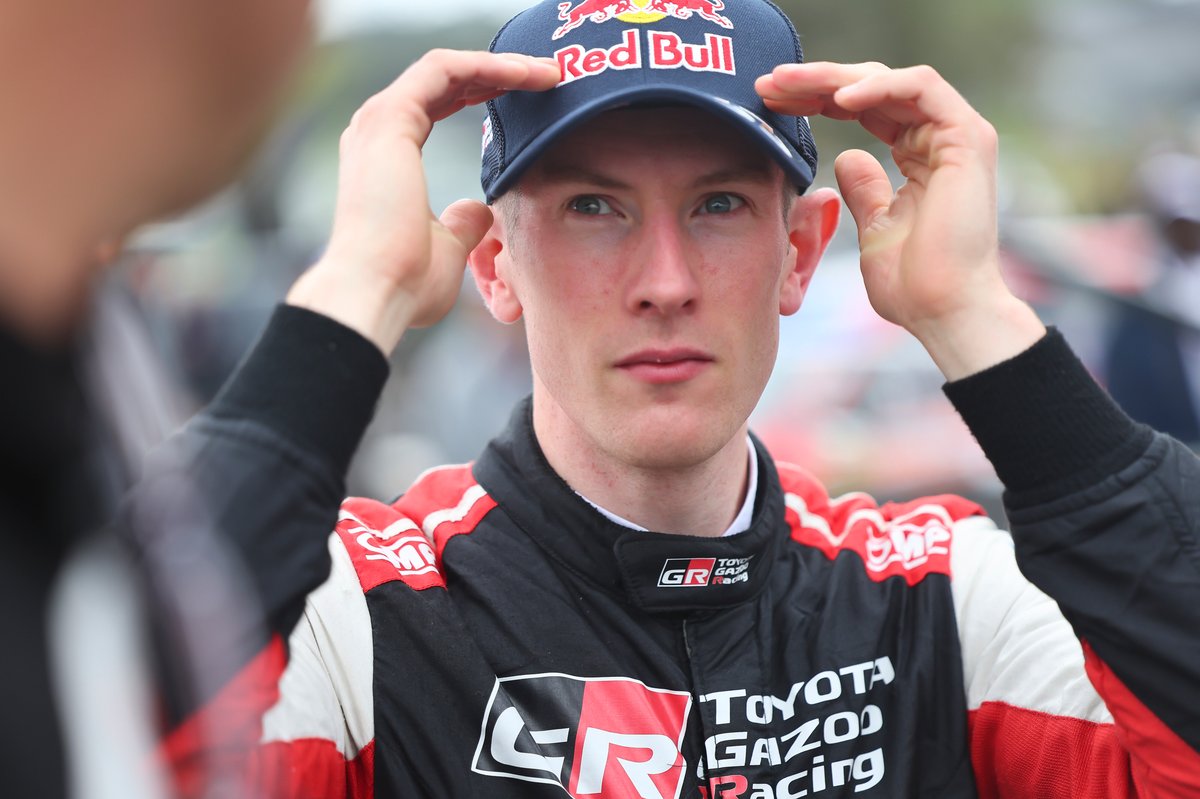 “Elfyn has been really unlucky this season but it is better it comes all together so he can have better chances in season 2023.

“I know exactly how it is and I know how he feels, as I have had the same in my own WRC career. It is not a nice feeling, but the most important thing is he has the speed.

“If you don’t have the speed and things are not going well, then that is the most horrible situation.”

Toyota’s Kalle Rovanpera leads the rally by 4.6s from Hyundai’s Tanak, with Sebastien Ogier 6.5s back in third.