Finland WRC: Tanak set for win as Lappi crashes out 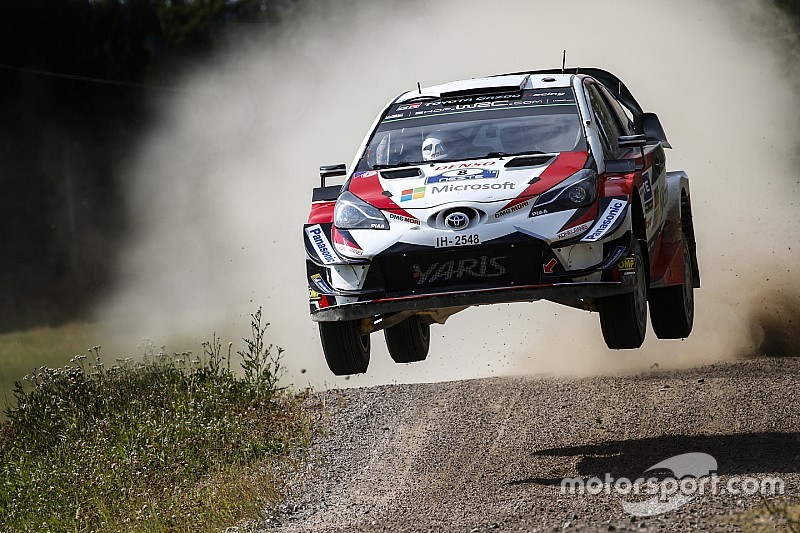 Ott Tanak is two stages away from his second World Rally Championship victory this year on Rally Finland, while his Toyota teammate Esapekka Lappi crashed out on Sunday’s first stage.

With a healthy lead already in place overnight Tanak slowed his pace somewhat, unlike his younger team-mate who continued to push hard.

Lappi was battling over fourth place with Hyundai’s best placed driver Hayden Paddon, holding a nine second advantage overnight after grabbing the position away from him late on Saturday.

Running wide with only a few corners left of the Laukaa test, Lappi’s car was dragged into the grass and bounced off a ditch, sending his Toyota Yaris into a roll.

Though Suninen and Ogier are currently separated by 20.5s, Suninen's position is still under question, the Finn stating he needs to “to do the best thing for the team” when asked about potential team orders.

Craig Breen and Thierry Neuville are promoted to eighth and ninth respectively by Lappi’s retirement and, after losing several minutes on Friday, Andreas Mikkelsen has returned to a points-scoring position in 10th.

Finland WRC: Tanak pulls away as Latvala reels in Ostberg