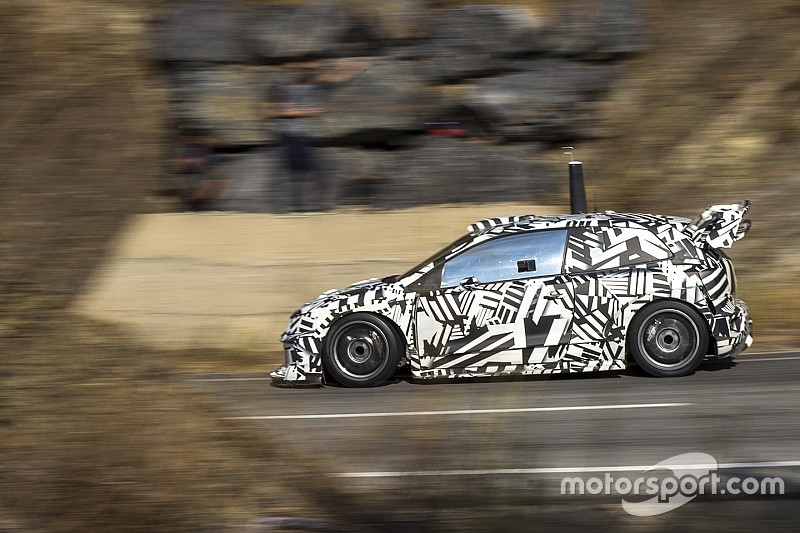 Nasser Al-Attiyah says his plan to take part in the 2017 WRC season with a private Volkswagen Polo fell through due to lack of time, and has switched his attention to making it possible for a year later.

Volkswagen had worked extensively on its new generation WRC car before the marque's late decision not to continue in the series this year.

With the car being near completion, Al-Attiyah revealed in December that he was working on a plan to compete with the Polo R WRC, supported by the Qatari sovereign wealth fund.

However, the deal eventually did not materialise, but Al-Attiyah confirmed he is trying to make the project work for 2018.

"The talks came when there were some celebrations in Qatar, and that didn't help us that much. The time was very limited," he told Motorsport.com.

The project was a possible destination for former Volkswagen factory drivers Sebastien Ogier and Andreas Mikkelsen.

However, Al-Attiyah said it was impossible to keep Ogier as an option with the short time available.

"The idea was well welcomed in Qatar. But unfortunately we were not able to keep Ogier waiting for a long time," he added.

Ogier ended up choosing to join M-Sport, while Mikkelsen was left on the sidelines as he could not secure a seat in the main class, and will contest the Monte Carlo Rally in a WRC2 Skoda.

Evans joins M-Sport for Monte Carlo, Camilli down to WRC2