Hyundai’s Ott Tanak holds the overnight lead Portugal as the fourth round of the 2021 World Rally Championship delivered a dramatic return to gravel rallying.

Tanak’s team-mate, early leader Dani Sordo, continued his strong run after the opening loop service halt to tease out his lead from 6.7 seconds before the break to 8.2s after the next three stages.

The Spaniard, driving Hyundai Motorsport’s third entry for the first time since Monte Carlo in January, kept ahead of his full-time team-mates Tanak and Thierry Neuville as they disputed second place.

Neuville had been driving out of his skin all day despite an unfavourable road position, starting second behind the Toyota of points leader Sebastien Ogier, which requires the early runners to sweep excess gravel off the road surface to the benefit of cars further down the order.

The Belgian sat in third overall through the morning and then passed Tanak for second place, but on the seventh stage disaster struck both leading contenders.

Neuville and co-driver Martijn Wydaeghe had made an error in their pacenotes on the pre-event recce and came into a left-hand bend rather too ambitiously.

Their Hyundai ran wide and hit a tree stump in the verge, tearing the right rear corner off their car and putting them out of the running for the day.

Soon afterwards, Sordo was fighting a losing battle for grip as his tyres began to deteriorate after a long day’s running and eventually he spun.

This misdemeanour was then compounded by a recurrence of the low speed engine stalling that has troubled the team in the course of the past 12 months, resulting in Sordo dropping from first to third overall, with Tanak assuming the lead 2.7s ahead of Toyota’s Elfyn Evans. 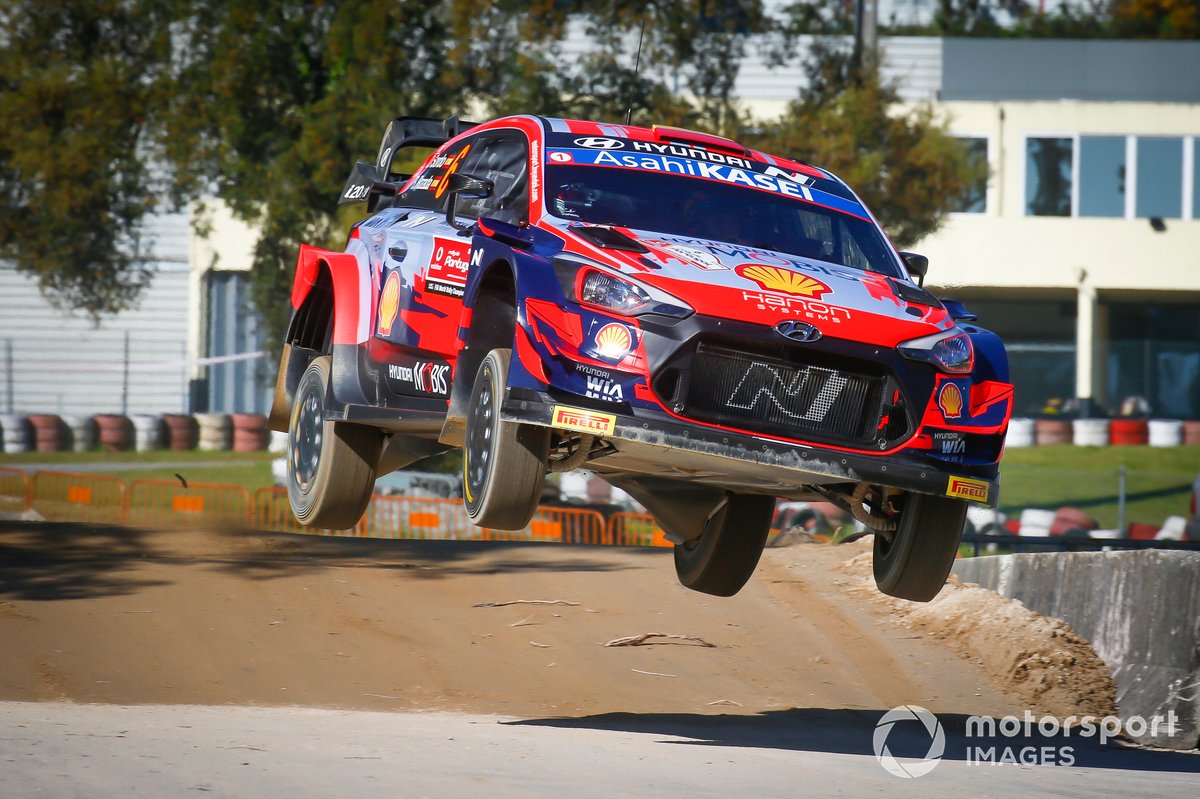 The Welshman had opted for a cautious approach to the first day and it clearly paid dividends, keeping him firmly in contention amid the drama.

On the climactic penultimate stage, Evans was badly baulked by Neuville, who was attempting to drag his three-wheeled Hyundai to the finish line.

The incident cost Evans in excess of 25 seconds, causing the stewards to give him a notional time to minimise the damage.

Points leader Ogier meanwhile treated the huge crowds at the event to a masterclass of driving skill as he sought to minimise the impact of his road position.

The seven-time champion’s imperative was to get ahead of the WRC backmarkers before the road order is reversed on Saturday morning, and having been pegged back to set only the seventh or eighth fastest time through the opening five stages, Ogier flew through the afternoon.

Setting fifth fastest time on the sixth stage of the day, he then combined a Herculean drive on stage seven with the ill fortune of Sordo, Neuville and Evans take an improbable stage win and leap up to fifth on the leaderboard.

The day ended with a head-to-head superspecial stage at the Pista da Corsilha rallycross track in Porto, providing plenty of theatre for a healthy crowd, albeit some way short of its 35,000 peak due to Covid prevention measures. 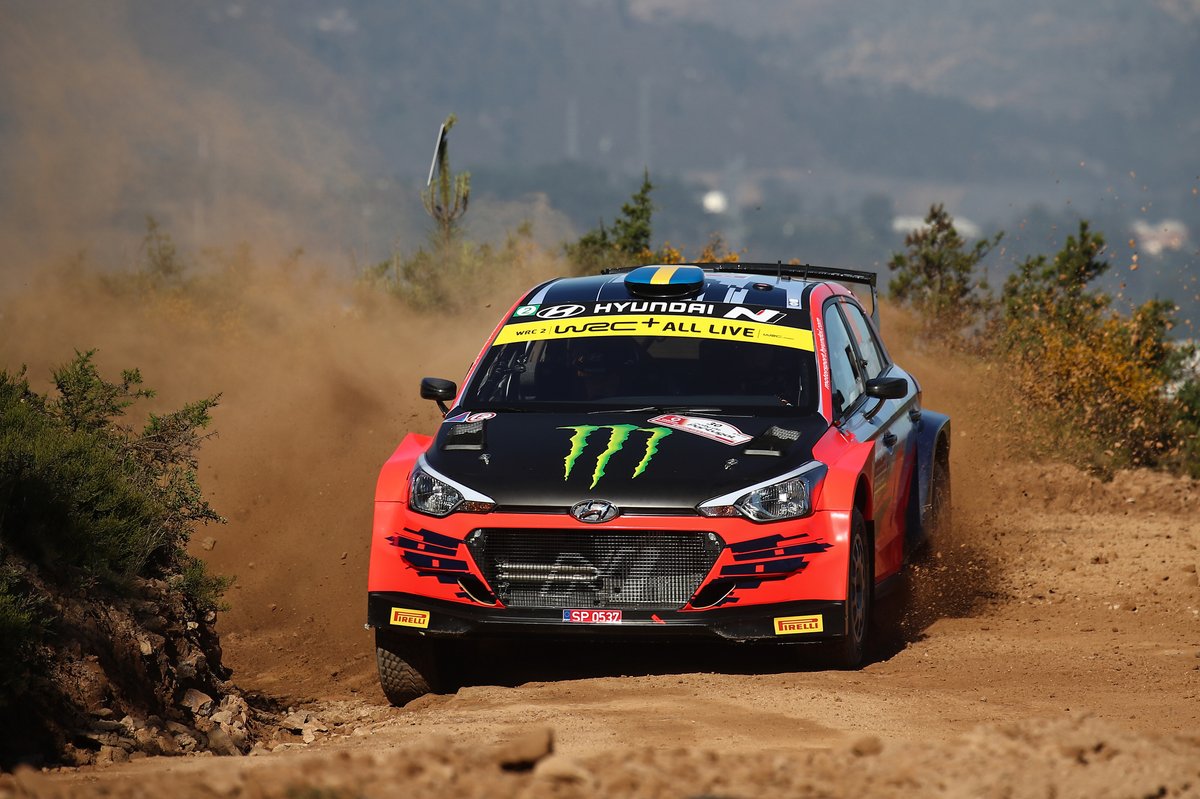 When the big guns came out to close the action, M-Sport’s Gus Greensmith crowned a day that saw him set two second-fastest stage times by beating his highly fancied new team-mate Adrien Fourmaux.

Ogier beat his team-mate Rovanpera, then Takamoto Katsuta in the fourth Toyota beat Sordo in their head-to-head encounter.

The Spaniard’s difficult day had been added to by a tyre delaminating on the motorway en route to the superspecial stage, cleaning off the bodywork on his right rear corner.

The action continues six special stages on Saturday, and will close with another superspecial in Porto during the evening.