Subscribe
Previous / Why Ogier's WRC swansong was a season to savour Next / Sulayem: Two and a half manufacturers in WRC is not enough
WRC / Rally Monte Carlo News

Sebastian Ogier says he won’t be tempted to contest a full World Rally Championship campaign next year if he wins the Monte Carlo Rally season opener.

The newly crowned eight-time world champion is set to head into semi-retirement in 2022 having elected to scale back his WRC commitments to only a partial campaign with Toyota, driving a third entry shared with Esapekka Lappi.

Ogier has cited wishes to spend more time with his family and a desire to go circuit racing as the reasons for taking a step back in 2022.

At this stage the Frenchman is only locked in to contest January’s Monte Carlo curtain raiser for the WRC’s new Rally1 hybrid regulations.

While Ogier is a record breaking eight-time winner of the famous asphalt event, the 37-year-old confirmed that he won’t be tempted to change his plans and challenge for a ninth world championship should he emerge victorious.

“No, for sure not, that won’t happen,” said Ogier, when asked if he would consider changing his mind after a possible Monte Carlo success.

“After Monte, the chance that I don’t do rallying for a while is big.

“Because even right now I say that I need this break and it felt like actually I didn’t have any because I’m straight away into the preparations for Monte Carlo again. 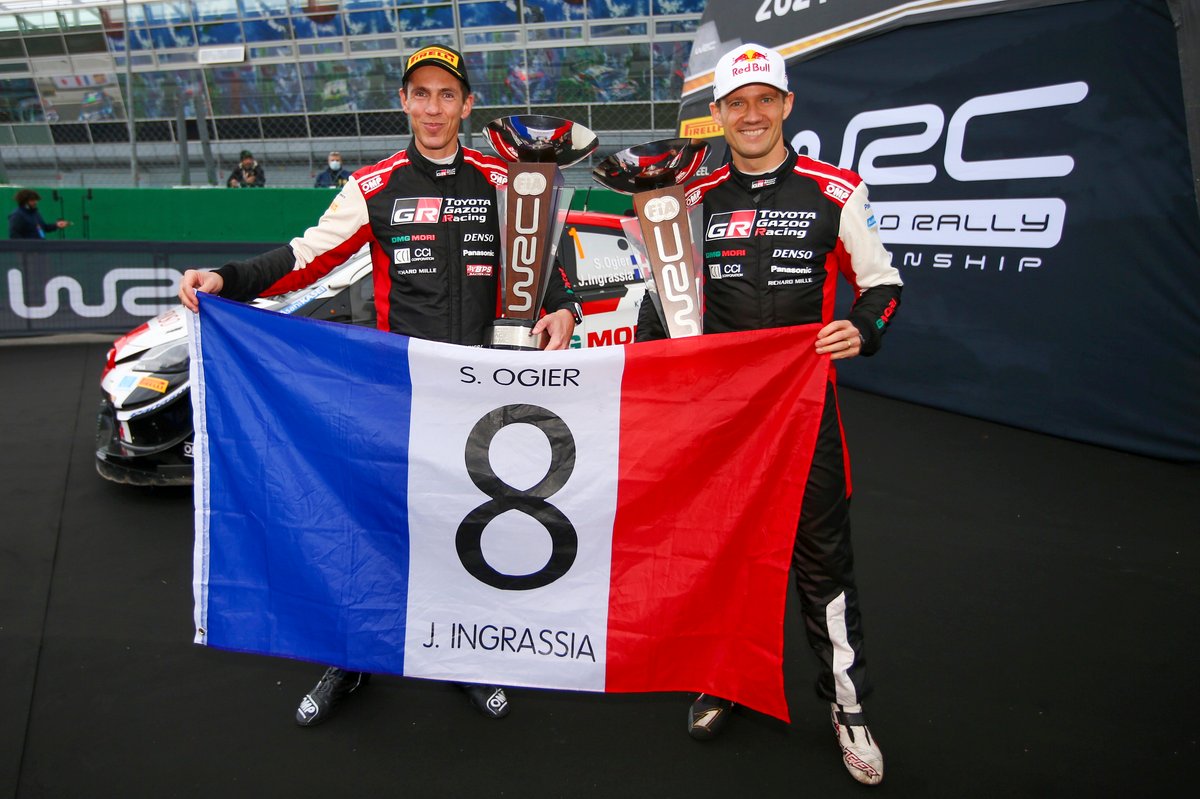 “The truth is so far Monte Carlo is the only one that is fixed in the calendar like always.

“After Monte I want to take the time to spend with my wife and my little boy and then we will see who comes next.”

Ogier received his first taste of Toyota’s all-new Rally1 hybrid GR Yaris during a test in France earlier this month.

With teams currently grappling to master new hybrid technology, he says there are no guarantees heading into the January 20-23 event.

“It is has been exciting to test it,” he added.

“Obviously it [the car] is very different with the new technology coming in with the hybrid.

“The team right now have a big challenge to try to be ready for Monte Carlo. We have not so much guarantee going into this rally.”