Sebastien Ogier believes this weekend’s Safari Rally will be all about survival with conditions “more challenging” compared to those experienced on the event’s World Rally Championship return last year.

The eight-time world champion conquered the iconic Kenya rally in 2021 when it rejoined the WRC calendar following a 19-year hiatus, and the Frenchman has elected to return 12 months on in the hope of defending his crown.

Fresh from finishing ninth in the LMP2 class on his Le Mans 24 Hours debut two weeks ago, Ogier will pilot Toyota’s third GR Yaris in what will be his third start of a partial WRC campaign this year.

Organisers have increased the challenge for the drivers and their new Rally1 hybrid machines, with a third of the 363.44km gravel route brand new for this year. The stages are also rougher and feature more sand to provide a stern test.

After completing the event recce, Ogier is convinced the task ahead will be tougher for crews and will require a clever strategic approach to enjoy a trouble-free run to the finish.

“So far it looks even more challenging than what we had last year,” said Ogier.

“Then target from the organisers was to make it more challenging and that has certainly been reached.

“It looks very difficult in places and for sure it will be about surviving through many, many sections, more than last year.

“It will be a difficult task to find the right rhythm I believe because there will be some times where it is frustrating to accept to lose time, but maybe it is the strategy to reach the end without trouble, and maybe it will bring you quite high in the rankings. For sure, the contrast to Le Mans is quite big.

“I think the main reason to come back was definitely the people here, there was such a great atmosphere last year and I expect even better this year with less COVID restrictions so let’s see what we can do.

“We have new cars and we know it is going to be difficult for them to survive here so it is hard to predict any result to be honest.

“So it’s definitely a rally where you have to never give up, and this year with the cars still being so new, we might have to be even more clever than before.” 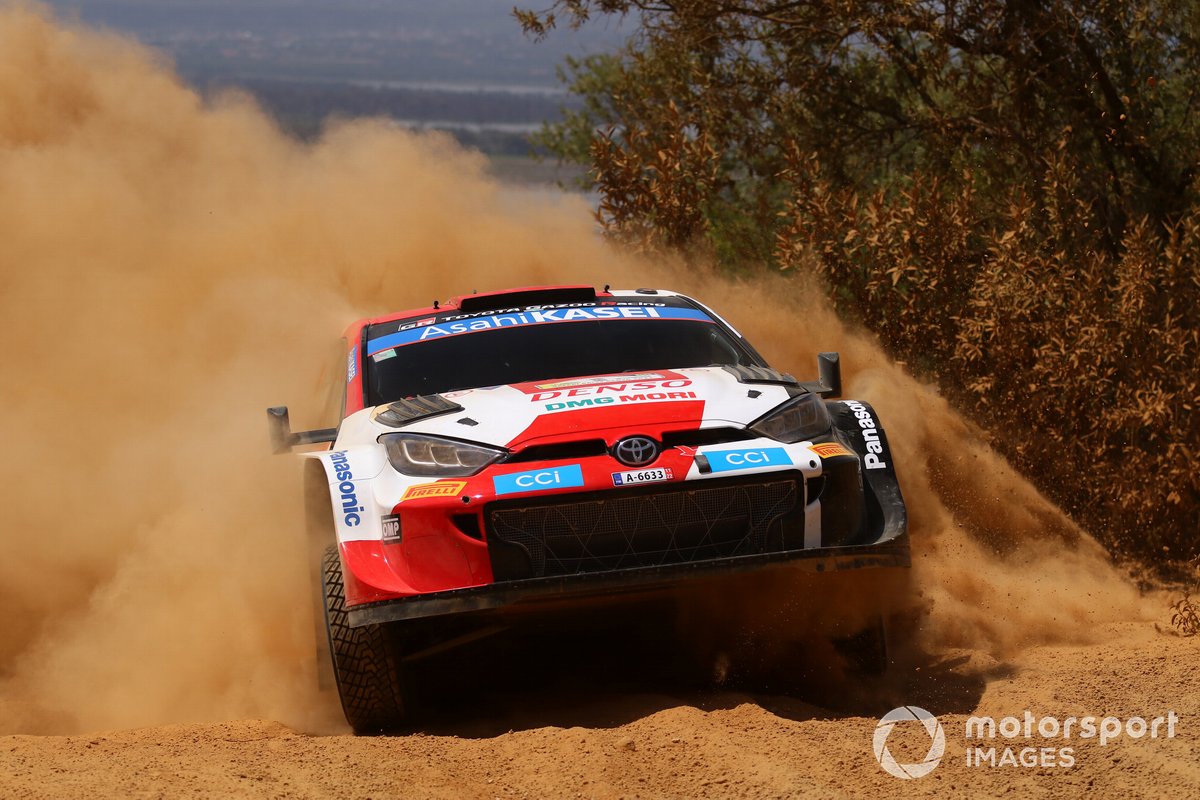 "We will use some sections that we used last year and some new parts but we can see that it is a bit more on the rough side and extreme, so we will need to take a bit more care,” said Evans. “It will be a challenging weekend.”

The Finn, who holds a 55-point lead over Hyundai’s Thierry Neuville, is already expecting a tough task acting as the roadsweeper.

“The conditions are already a bit different compared to last year and we can see it has been evolving a bit,” said Rovanpera, who topped Wednesday's shakedown by 0.5 seconds from Neuville.

“I think the challenge will be the same as last year, which is just to survive all of the conditions.

“Usually opening the roads here is quite tricky as there is quite a lot of loose gravel. We will not be in the best place to start on Friday but let’s see.”

Video: How Hyundai prepares for a WRC event

Hyundai calls for reaction to “nightmare day” at Safari Rally