The Hyundai driver has been testing the Korean marque's i20 2022 prototype in recent weeks, adjusting to the new challenges of driving with a mandatory 100kW hybrid system.

Neuville has been particularly outspoken against the WRC's new Rally1 regulations, which introduces hybrid in addition to reduced aerodynamic and suspension travel, while the centre differential is also removed.

The Belgian last month blasted the WRC's future direction, remarking that it was a "pity" that "nobody has the balls to take different decisions and go against what the FIA is deciding".

Although the cars will be stripped back in areas, they will be much safer courtesy of a much tougher chassis and when hybrid is deployed cars will produce 500 horsepower, significantly more than the current generation of WRC machinery that has been in service since 2017.

While Hyundai's prototype is far from the finished product, Neuville says the experience of driving with hybrid so far has been very unpredictable due to the focus required on recovering energy under braking to use on acceleration.

When asked for his feedback on driving the Rally1 car in a media briefing ahead of this weekend's Rally Spain, Neuville said: "It is Formula E driving on a rally road.

"It is very early to say how it is going to be. Many things are not working yet as they should be with the hybrid system, to get real feedback is very difficult.

"For me so far, it is going to be a change [of driving style].

"The target is that you need to recover energy under braking to be able to discharge the [hybrid power] in acceleration. If you don't reach the target under braking, you can't have additional power on the exit, which makes the whole thing inconsistent and unpredictable. 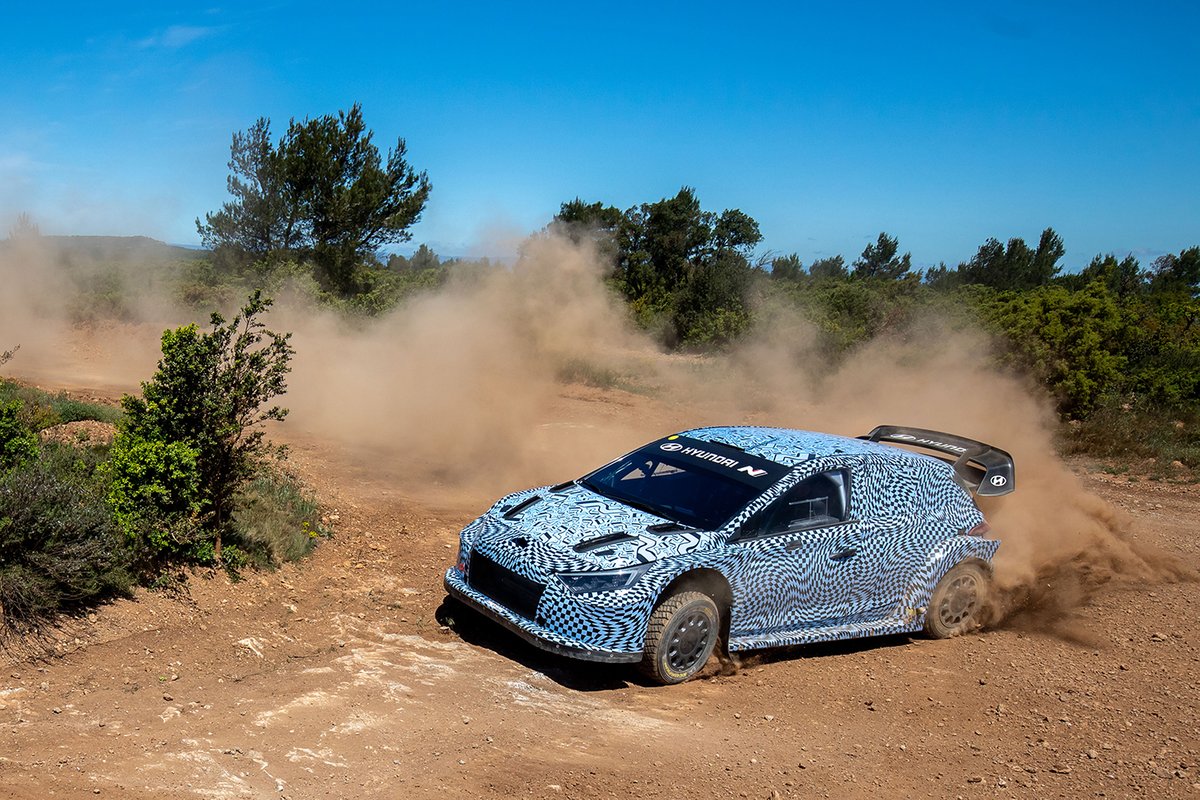 "At the same time, if you reach your target and you accelerate and you lift once the throttle, you lose all the power you have available. It is very is inconsistent so far.

"We have to get more ahead with the testing, there are too many things that are not clear yet.

"I don't know if anyone is going to be a big fan of the first versions of this new car. The only thing that is exciting is nobody knows where we are going and what to expect from next year."

Concerning this weekend's penultimate round of the 2021 WRC in Spain, Neuville is confident he will be able to challenge for victory following a disappointing Rally Finland that ended in retirement due to a water leak.

Neuville kicked off his Rally Spain by finishing third fastest on Thursday's shakedown, only 0.4s adrift of pacesetter Sebastien Ogier, who was 0.2s quicker than his Toyota teammate and title rival Elfyn Evans.

"In Finland it was the first time I had a great speed in the Hyundai there," Neuville said.

"I think I was doing really well. I was going faster than Ogier and it was just Elfyn who did a hell of a rally.

"Craig Breen [in the third Hyundai] was starting from 11th or 10th when I was third on the road, there is no comparison.

"I'm not worried at all about our speed for this weekend. If the car feels fine and I'm comfortable we should be in the fight for victory."

Neuville expects “more nerve wracking moments than ever" in WRC 2022