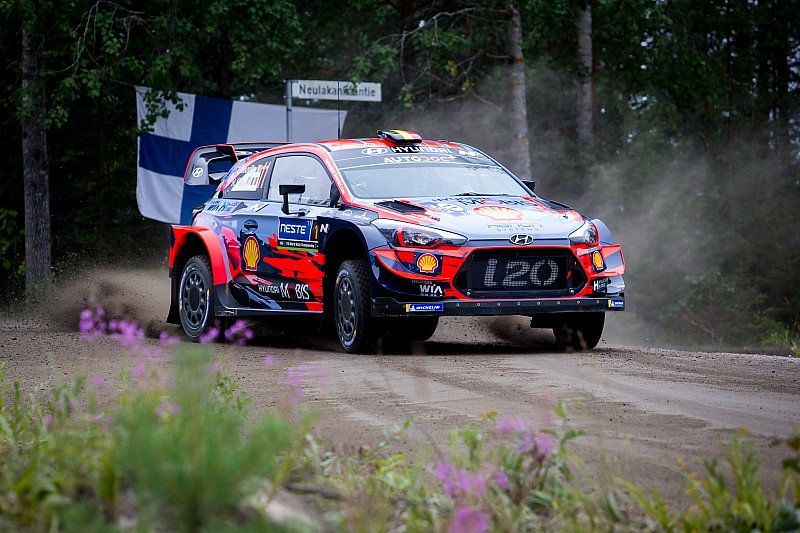 Tanak, who won last year’s event, topped the morning shakedown from Neuville and had been marginally up on the opening split, but fell back towards the end of the short 1.4-mile stage based in the centre of Jyvaskyla.

Toyota teammate and 2016 winner Kris Meeke was third quickest in his Yaris WRC, albeit 1.2s adrift of Neuville.

Sebastien Ogier, who this week announced his intention to retire from the WRC at the end of his current Citroen contract in 2020, was a further tenth of a second in arrears in fourth.

Neuville’s Hyundai stablemate Andreas Mikkelsen was 2.2s off the pace in fifth, having bemoaned a “couple of mistakes” during his run.

Breen, making his first start of the season in what is for now a one-off appearance with Hyundai, was the first of the WRC cars to enter the stage and set an impressive benchmark on his first competitive outing in the i20.

Suninen and Latvala each finished ahead of fellow Finn Esapekka Lappi in the Citroen C3.

Lappi is currently ninth quickest, 3.1s off the pace, while Gus Greensmith was the slowest WRC runner in 11th, on only his second outing in the main class.

Ogier confirms he will retire from WRC after 2020