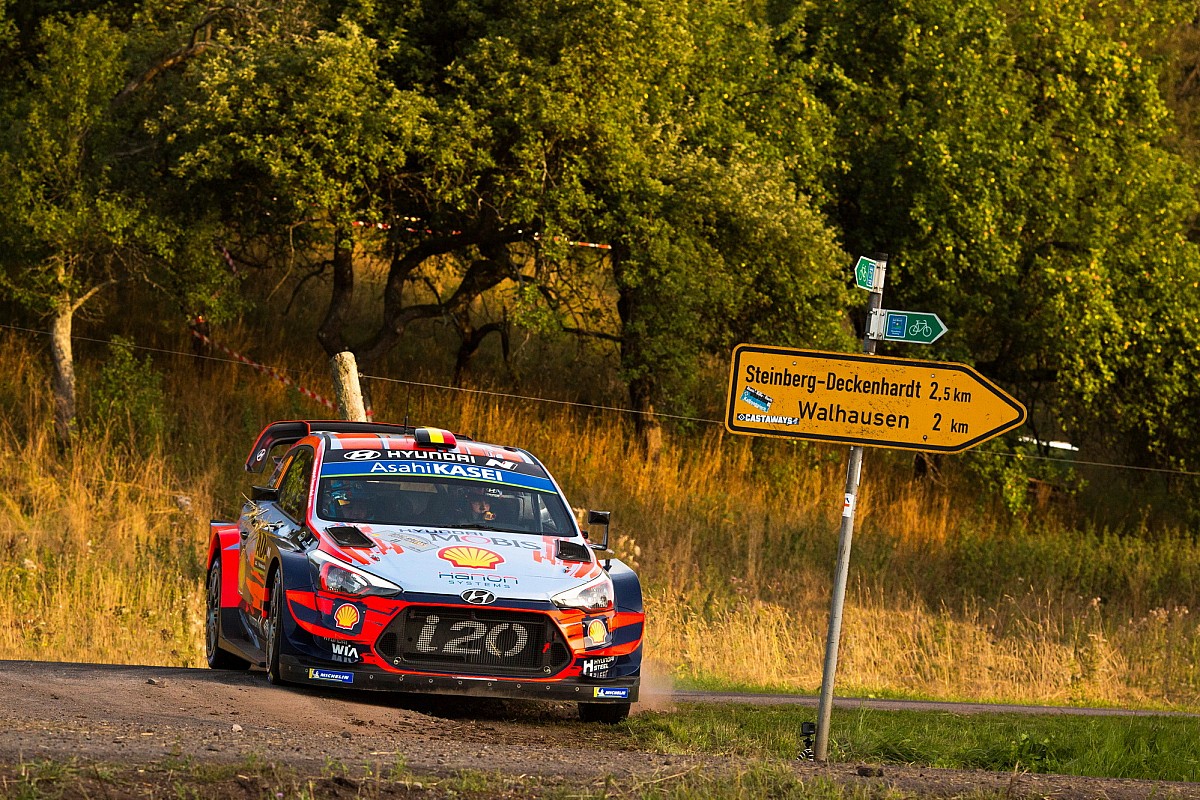 Hyundai’s Thierry Neuville’s hopes of beating Toyota's Ott Tanak to win Rally Germany and the WRC title have been diminished by a puncture on the infamous Panzerplatte stage.

Drivers suffered multiple punctures on the pre-event recce, but Neuville was the only leading driver to fall foul in the event proper, suffering a deflated cover in the first half of the stage on his i20 Coupe WRC.

The Belgian driver had trailed Tanak by 5.6s heading into the stage, and entered the event 25 points behind Tanak in the WRC points standings.

Neuville is 1m32.4s behind, losing just 1m26.8s on the stage despite the problem, with punctures usually costing drivers around three minutes.

“We had a puncture on the rear left. It’s a lottery and we were really unlucky,” Neuville told WRC All Live TV.  “I was in the middle of the road, I don’t know where that came from.

“The rally is not over, let’s see what the guys will do towards the end of the rally. For us, we can just try to finish.”

Tanak’s nearest non-Toyota rival is six-time World Rally champion Sebastien Ogier in fourth, who is 45.7s down and lost two places to the Toyotas during the Panzerplatte stage.

A re-run of the mammoth 41.17km stage will take place this evening alongside the 10.73km Arena Panzerplatte test.