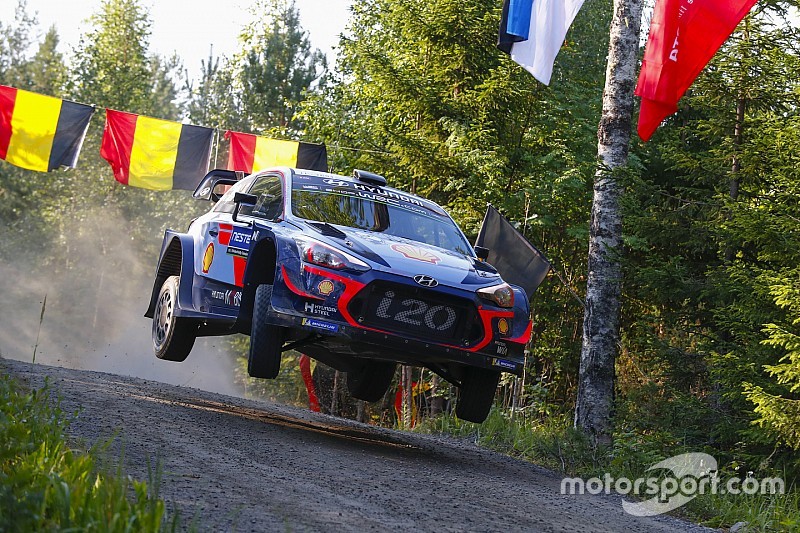 WRC points leader Thierry Neuville is understood to be closing on a new deal with Hyundai, but the identity of his 2019 teammates remains up in the air.

Neuville, currently 21 points ahead of reigning champion Sebastien Ogier in the standings, has made it clear that he is keen to stay on at Hyundai into a sixth season, and a new contract is now thought to be a formality.

"For sure we want to secure Thierry for the future, there's no real secret in that," Penasse told Motorsport.com. "It's just finding a deal to get married."

Neuville's full-time teammate for this year Andreas Mikkelsen is one of only two factory WRC drivers under contract for next season, along with Toyota's Ott Tanak.

Penasse confirmed Mikkelsen has a deal to remain in an i20 Coupe WRC in 2019, but refused to confirm whether the contract guaranteed he would get a full season.

Mikkelsen arrived at Hyundai for the last three rounds of last year's world championship and showed immediate speed, leading in Spain and Australia despite a lack of experience with the i20.

His 2018 campaign has been much harder, featuring just one podium finish so far. Mikkelsen has led twice this year, in Sardinia before a gearbox problem and Argentina before a puncture, but expressed frustration with Hyundai's performance last time out in Finland after an early crash.

Mikkelsen insisted Hyundai management accepts he has performed better than his results suggest.

"You always have to deliver, but my team, they know what we have done," the Norwegian driver said.

"They know what has been technical and what has been our fault. We have been leading on the last three gravel rallies before technical issues, it's just a matter of time before we are back fighting at the top for the whole rally.

"In that way, I'm not worried. The right people, they know. But for the people not following so closely, it doesn't look so nice.

"Looking forward, Turkey will be strong for us. It's a place where the grip is high, it's twisty and rough and GB, where the roads get rutted it will good – as long as we have something to hang on to, we're OK." 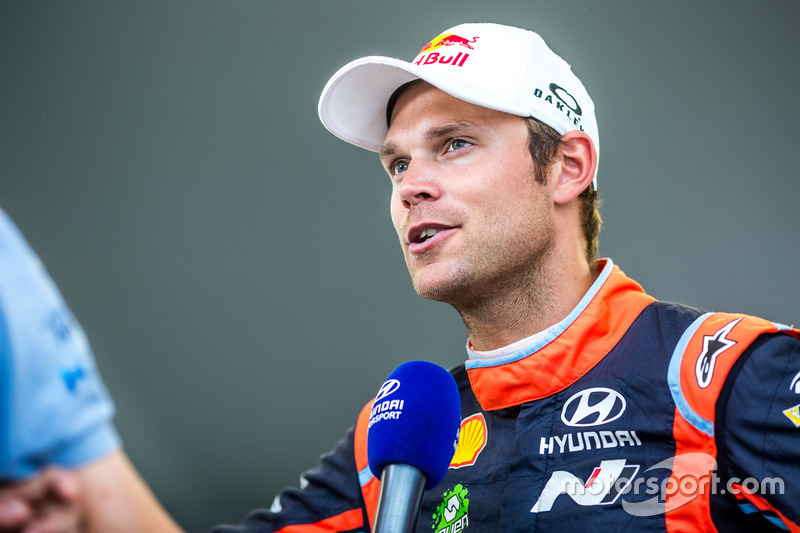