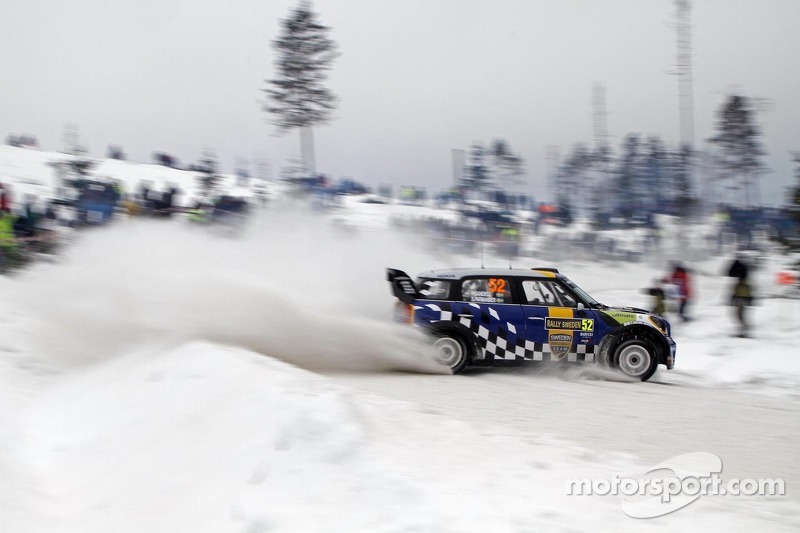 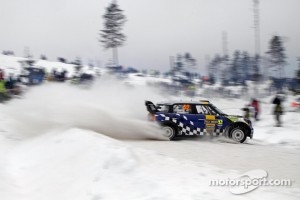 Patrik Sandell has finished eighth at Rally Sweden today and the highest placed local driver on his debut in the MINI John Cooper Works WRC. The Swedish driver finished the day in the same position he started and extended his lead over the chasing driver, Prokop.

It has been a very strong debut for the Swede in his first outing in a World Rally Car with only established and far more experienced WRC drivers ahead of him. Sandell was in eighth position after stage one and, except for one stage, maintained this position throughout the event.

There was disappointment in the team that Dani Sordo had to retire on Friday while he was running in fifth place. The loss of the water pump drive belt caused his engine to overheat resulting in damage that meant he could not return under rally 2. Having led the rally after the first stage, Dani was showing a strong pace on the MINI WRC’s snow debut and the team fully expected him to maintain this fifth place for the event.

The Prodrive team will now return to Banbury to prepare for a development test on the MINI WRC later this month. In March the team will introduce a number of performance enhancements on the engine, chassis and aerodynamics ready for the MINI WRC’s next outing on the World Rally Championship.

“Patrik has a very mature rallying head on his shoulders. He has maintained a consistent pace throughout the rally, managed his Michelin tyres very well and hasn’t put a mark on the car. He has achieved all his goals and to be honest, eighth place is a good as he and we could have hoped for on his debut with so many experienced WRC drivers ahead of him. I think he has a great future and I fully expect him to be challenging for podiums. I was also pleased to see how well everyone in the team got behind Patrik, encouraging him every step of the way. We are homologating a number of new parts for the MINI on March 1st and these will all be on the car the next time we compete.”

“It’s been a fantastic experience and to finish in eighth on my debut in a World Rally Car with so many great drivers ahead me is a very good result. The balance of the MINI WRC has been really good and it is so easy to drive fast. Over the weekend my speed has been coming more and more and I hope next time out in a WRC to be in the top five and after that to aim for a podium. The way the Prodrive team has supported me has been fantastic and I have learnt so much from them. Without their support I don’t think I would have improved so much during the weekend.”