Mikkelsen: 2017 Volkswagen block a "punch in the face" 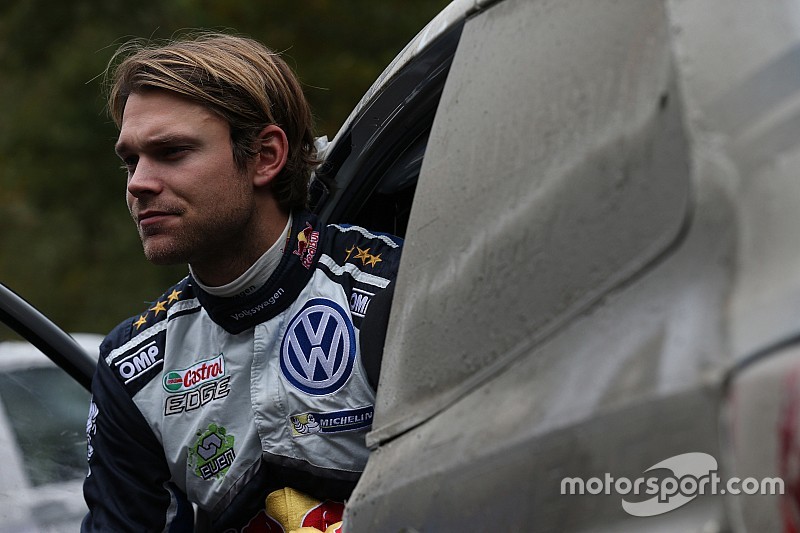 Andreas Mikkelsen says the FIA's decision not to let Volkswagen's 2017 car compete in the WRC is a "punch in the face" that leaves his season uncertain.

The plan to get the 2017 Polo R WRC out with a private team was Mikkelsen's best hope of a drive in a top-class machine this season following the factory VW programme's demise.

"I don't know what more I could have done to get a drive this year," Mikkelsen told Motorsport.com. "I was running second in the championship for virtually all of last year and I won the last rally [in Australia].

"Basically everything that could have gone wrong went wrong and the latest decision [to bar the 2017 VW] was another punch in the face."

Mikkelsen had returned to the works Skoda team for the Monte Carlo Rally, where he dominated WRC2, and could still make further appearances in the R5 Fabia.

But he sees little point in competing in anything other than a 2017 car in the World Rally Car class.

"To be honest, I'm a professional driver and I don't think I should have to pay to drive. I've done it before and I won't do it again. It would show the sport in a really negative way if I had to do this.

"I don't think I have anything to prove to anybody, it's not so long since Australia or Monte Carlo."

Mikkelsen's options for a 2017 seat are severely restricted, particularly without a large budget, with M-Sport's Ford Fiesta WRC being the only car on the market for private drivers this season.

The Norwegian will still conduct recces for every rally this season and said at least watching from the sidelines gave him chance to assess 2018 options.

"I have chance to look at what everybody has got and we can make a picture about where is the best place to be in 2018 when I want to come back and fight for the world championship," said Mikkelsen.