Ogier's teammate Esapekka Lappi triggered a red flag on the morning’s opening Guanajuatito stage when he ran wide and went backwards off the road, his Citroen C3 becoming beached on a ledge and unable to move.

Meeke subsequently went fastest as the next car through, with Evans behind him second fastest.

But, running behind the pair, rally leader Ogier had picked up a front-right puncture, shortly after which the red flag was deployed.

That meant Ogier finished the stage at reduced speed, being awarded a notional time to compensate for his loss of over a minute.

The notional time was 22.4s slower than Meeke’s effort, demoting the reigning world champion to second behind the Toyota driver.

But Ogier regained the lead only one stage later, with Meeke suffering a rear-right puncture early on Otates. Meeke dropped 1m36.6s to Ogier and fell behind Thierry Neuville into fifth position.

The puncture caused further damage to the suspension on Meeke’s Yaris, forcing him to cruise through the loop-ending El Brinco test and lose a further 1m45.9s. He is now fifth, 2m01.7s off Neuville ahead.

Elfyn Evans had gained 10.3s on Ogier thanks to the latter’s notional time on Guanajuatito but lost even more on Otates, going 11s slower than the Frenchman.

A shared stage win for Ogier on the El Brinco test extended that gap further, the pair now separated by 19.2s at midday service.

Meeke’s Otates drama promoted his teammate and championship leader Ott Tanak to the final podium position, 41s adrift of the lead. Tanak has 38.5s in hand over fourth-placed Neuville heading to midday service.

Behind Meeke, Benito Guerra moved into sixth overall and back into the lead of WRC2, with an advantage of 12.5s over Bolivian teenager Bulacia Wilkinson.

Alberto Heller is eighth overall and third in WRC2, with local entrant Ricardo Trivino in ninth.

Jari-Matti Latvala took a 1m40s penalty by starting out of position this morning, electing to check in to the Guanajuatito stage as the last WRC car, behind Ogier.

Starting the day 12th after his retirement late on Friday, he is already up to 10th, winning Otates outright and tying with Ogier on El Brinco.

Hyundai pair Dani Sordo and Andreas Mikkelsen had both been in the lead battle on Friday before retiring on Friday, Sordo with an electrical failure and Mikkelsen with broken suspension. They returned under Rally2 rules on Saturday morning and are now 11th and 16th respectively. 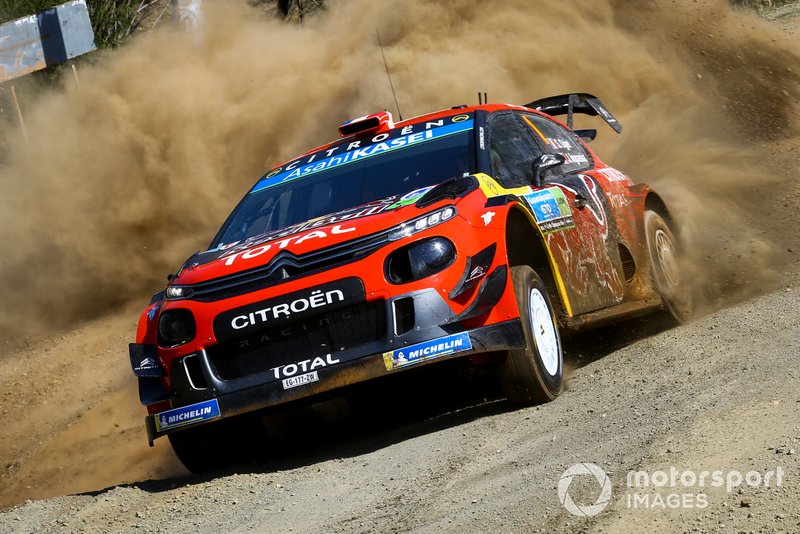