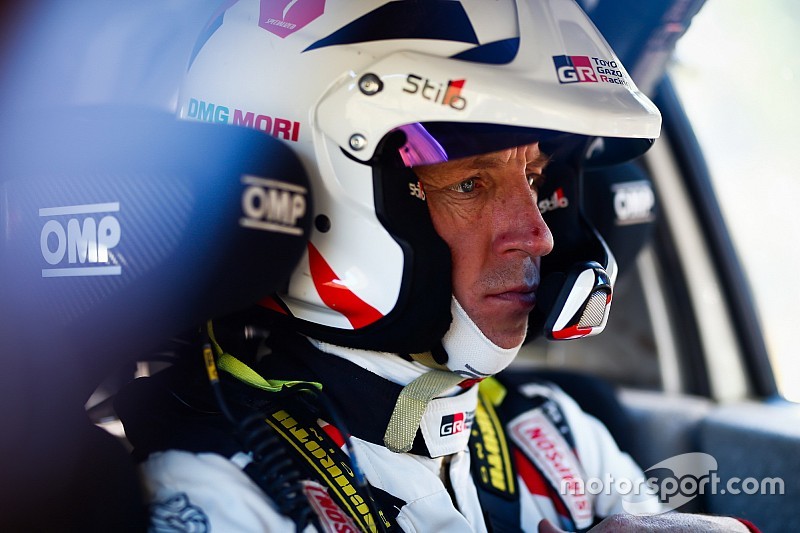 Toyota WRC driver Kris Meeke lost his eighth place in Rally Chile after being hit with a one-minute penalty for changing his windscreen in a time control.

The Northern Irishman rolled his Toyota Yaris WRC on SS7 and was forced to remove the screen, fearing the glass would come into the car and injure him and co-driver Seb Marshall on the next stage.

The stewards’ decision stated: “The crew removed their smashed windscreen in the control area between TC8 (Time Control 8) and start SS8. That contravened Article 42.1.2 of the FIA WRC sporting regulations. The decision is a one-minute time penalty."

Meeke told Motorsport.com: “We were working inside a control. You’re not allowed to work inside the control. OK, that’s the rule. But were we trying to take an advantage? Did I want to do the stage without a windscreen? No.

“There was an eight-minute delay in the control. I was sat there with my helmet on ready to go when the bonding on the screen started to give way. The screen started to fall down towards me. I said: 'No, we can’t do the stage. We retire.' The fragments of glass were starting to come into the car and I could have lost my eyesight – we had no goggles in the car.

“The only option was to pull the screen out. Now, do you apply the letter of the law or do you look at the circumstances? How the f*** do they do this? Was I was adjusting the tyre pressure because I forgot to do them or something like that? No. Was I trying to gain an advantage? No.

“All this bulls*** about FIA road safety, FIA safety this and safety that… What did we see in Argentina with those spectators?

"The image of [Esappeka] Lappi coming around and banging the bank in front of those spectators… and then when safety comes into the equation: ah f*** them – penalty!

“I get a penalty for trying to make the car safe… They’re all on for action for road safety, but when you make the car safe it gets you a f***ing penalty! How’s that? What do they want me to do? Lose my eyesight?”

Neuville: Huge Chile crash won't slow me down in Portugal