M-Sport team principal Richard Millener says progress is being made to fill its remaining two World Rally Championship seats for 2022 but is not anticipating any "shock" appointments.

The Ford squad confirmed the first piece of its 2022 driver line-up last week following the signing of part-time Hyundai driver Craig Breen to a two-year full-time contract. Breen's arrival leaves two seats to be filled as the British team looks to expand to three full-time entries with its all-new Rally1 hybrid Ford Puma.

M-Sport has been an active player in the driver market this season opening admitting it has spoken to several drivers, including nine-time world champion Sebastien Loeb, for a 2022 campaign seen as a valuable reset for the team.

While several names have been bandied about, Millener has hinted that its current drivers Adrien Fourmaux and Gus Greensmith are likely to be retained.

French rising star Fourmaux has been widely expected to keep his seat having played a crucial role in the development of the Puma and it appears Greensmith is now favourite to remain at the team next year, although yet to be confirmed.

"We are making good progress, to be honest we didn't want to rush and say something, but it is not the hardest problem to solve as to who we will probably end up running," said Millener.

"There is no rush to do anything and we have still got these last events on tarmac to see where we are. We know the car is competitive here in Spain and we know the guys Adrien and Gus can do good results on tarmac.

"We would like to see how that goes but we will announce in due course, but I don't think there is any shocks coming. There is no need for us to hurry anything officially.

"There are some things we are working on in the background that could alter what we do or how we do it. It [the announcement] will come but not quite yet." 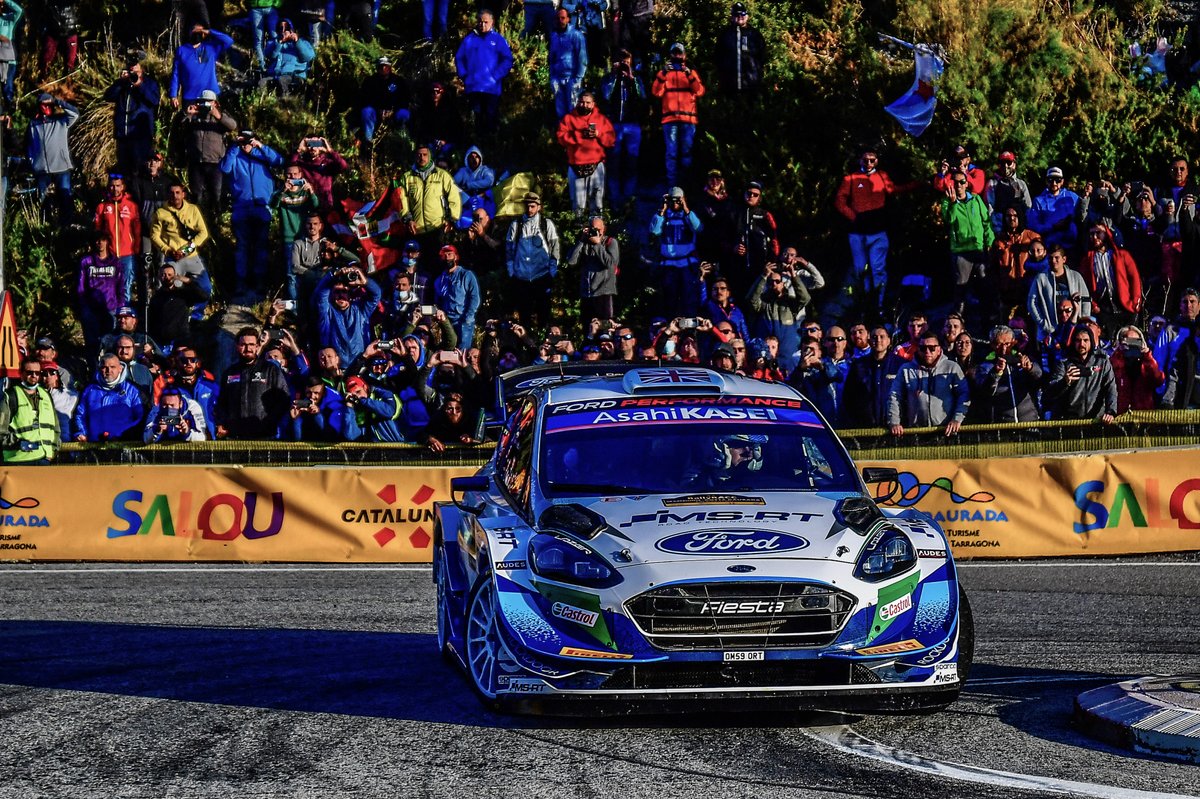 Greensmith revealed in the Rally Spain pre-event team media briefing that his plans for next year are secured but remained tight-lipped as to what they entail.

"At this moment there isn't too much to say," said Greensmith. "I know what I'm doing but I'm just more focused on continuing to make as many improvements as I can this year over the next two roads and then after Monza I can start thinking about next year.

"It's not bad," he added when asked if he was happy with the plans.

This weekend's event in Spain will however be the Brit's last with co-driver Chris Patterson. A decision regarding his replacement at next month's Rally Monza finale will be made in due course.

Loeb comeback talks have not progressed

M-Sport has also confirmed that talks with Loeb regarding a possible partial season WRC comeback have not progressed.

Suggestions the Frenchman could return to the WRC emerged mid-season with M-Sport confirming it had held talks with Loeb, who currently has commitments in Dakar rally and Extreme E.

However, while Millener admits it would be "lovely" to field Loeb in a rallies, the focus at the minute is on Breen, Fourmaux and Greensmith.

"There are a lot of obstacles to do something with Seb and at the moment we are no further on to be able to say if anything is going to happen or not," Millener added.

"It would be lovely but at the minute we are concentrating on other avenues and sorting what we do between Adrien and Gus and Craig for the year and see how we can best do that.

"Obviously there is substantial investment to get things up and running next year and we have got to get all that in place first before we go looking at anything else."

M-Sport has previously stated that it does wish to field customer Puma entries next season which could provide an option for Loeb.