M-Sport Ford would cut its ties with the World Rally Championship next season if the new hybrid rules are pushed back a year due to issues with kit.

From 2022, the top-level Rally1 cars will marry a 1.6-litre turbocharged petrol engine with a hybrid set-up that has been developed by German company Compact Dynamics.

The new plug-in system comprises a battery that sends its energy to a 100kW e-motor, with this extra power capable of being deployed either on the stages or road sections.

Last week it emerged that M-Sport, Toyota and Hyundai were all asked to send the parts back at the request of Compact Dynamics.

This has since led to speculation that the category's new hybrid era – which was agreed last October by the FIA's World Motor Sport Council – could be delayed.

However, M-Sport team principal Richard Millener has warned such a move would leave M-Sport and Ford Motor Company with no alternative but to pull out of rallying's top division.

"It [the new rules] will make it best for the spectators," he said. "I read stories about people saying we should put it off for a year but no, no way.

"Because A) we won't be there if that's the case and B) at the end of the day you get the best results when everybody's been under pressure to build a good car, so I think it will still be a great championship next year.

"Because of Ford, we will only compete next year if it is hybrid.

"One thing we have seen is that without Ford, and without their help and their knowledge, we would really struggle because they are specialists in what they can bring in terms of battery technology.

"That experience in battery technology has been really helpful, so the partnership we have with them guys is vital and, to be honest, it has come into its own more than ever this year." 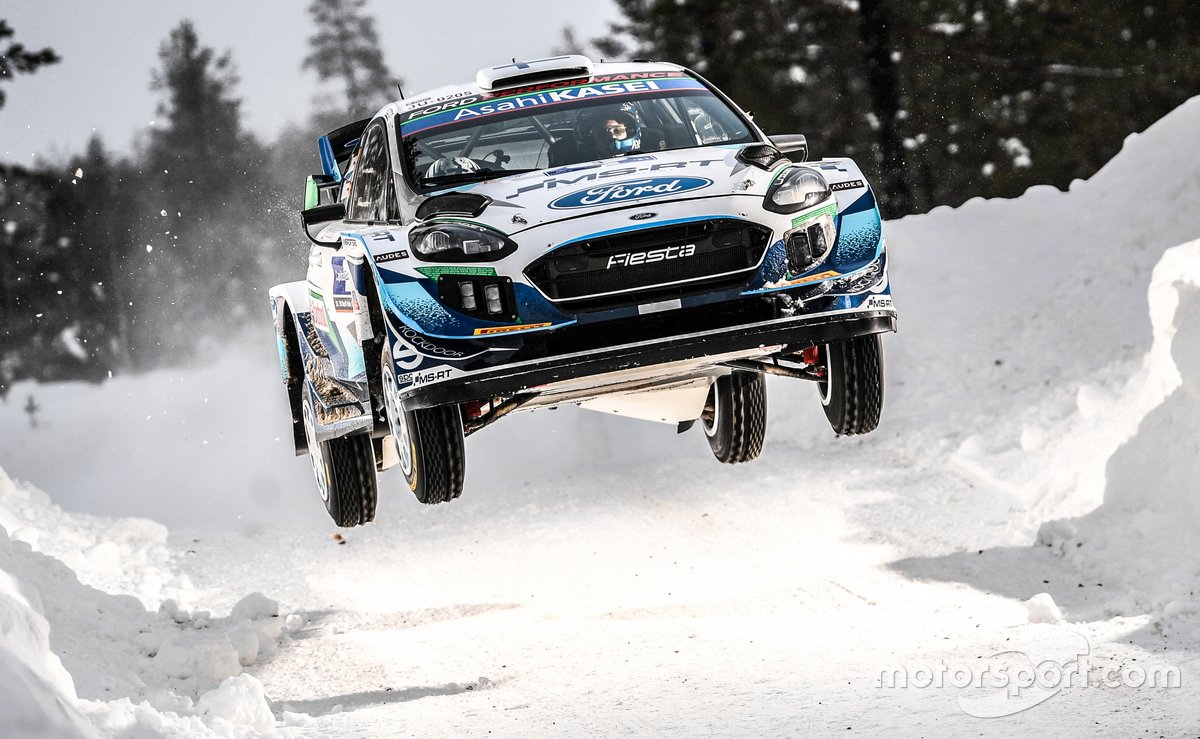 M-Sport was the first of the current WRC teams to fire up its Rally1 mule, with this taking place at Greystoke Forest – a venue that is regularly called upon by the British squad to test new cars.

Toyota boss, Jari-Matti Latvala, confirmed to Motorsport.com its first mule has also completed runs in the hands of Juho Hanninen.

While work on M-Sport's Rally1 car has been progressing steadily, and engineers have some initial data to work with, Millener admitted that Compact Dynamic's recent request was to be half expected.

"I think we should be sensible and expect that there will be more setbacks," he said.

"Not through the fault of anyone but I think, as these new cars are tested and become real life, there will be scenarios where things are not expected.

"Being realistic, to expect Compact Dynamics to provide a seamless, faultless unit, in their first attempt at rallying is a really tall order.

"Yeah, there have been some problems, but there's no point in getting too stressed about it; everyone is in the same boat, no one can do anything about it – that's the situation that we've got, what we have to deal with.

"There is still a lot of work to do. Any initial stage of a development car is to ensure that the other mechanical aspects are fine, with no issues, which we've achieved in the last few sessions which we've done in the UK.

"We have had some hybrid units already and we have been able to do some work with the unit and start understanding it, so yeah, there's still plenty going on and there is a huge amount of work going on behind the scenes.

"It's the same delays and knock-backs for everybody and that's what in some ways makes it interesting.

"Yes, it's stressful at the moment, but the goal is still to be there in January – everyone is in the same position."