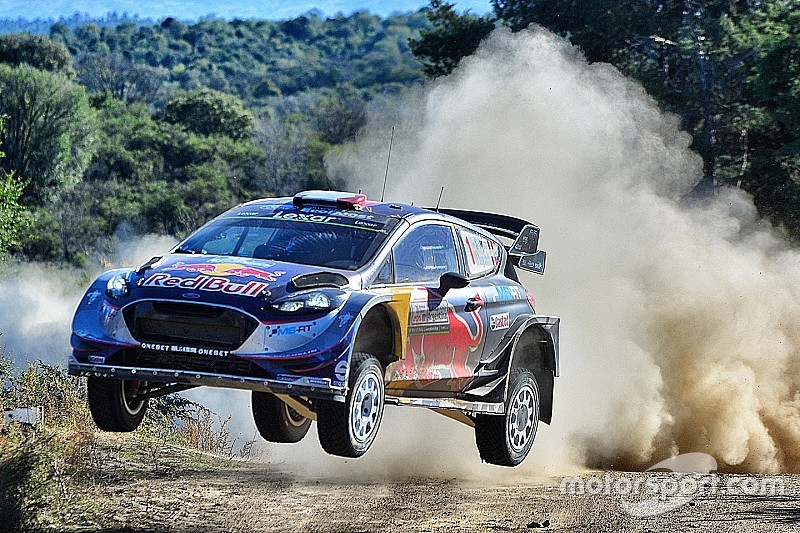 M-Sport has built Sebastien Ogier a brand new Ford Fiesta WRC as it ramps up its effort to keep the Frenchman at the top of the World Rally Championship standings.

The latest 2017 chassis to come out of M-Sport's Dovenby Hall headquarters won't have any new parts and will run in the same specification as Ogier M-Sport teammate Ott Tanak and the third point-scoring DMACK car of Elfyn Evans.

"A brand new car for Seb is another demonstration of our commitment to him and to the pursuit of this year's drivers' title," said Wilson.

"There's nothing different with this car, obviously there are no evolutions or anything with the 2017 car, but we just want to make sure everything is as fresh as it can be."

When Motorsport Network publication Motorsport News contacted Wilson last week, the team was still working through the issues Ogier had with the car in Argentina, but he was confident they would be sorted in time for this week's Rally of Portugal.

Wilson said: "In terms of the issues he talked about in Argentina, we're looking into the transmission. Seb ran a different specification of differential to Ott and Elfyn on that rally. The set-up was something he had tested and it worked for him ahead of the event.

"We only had two sets of these differentials and Seb wanted both, but it did mean he was running a different set-up to the other guys. Looking at the tyre wear he was getting in Argentina, there was something – he's normally so, so good on the tyres.

"We think it was a set-up thing and obviously we will have the solution for Portugal."

Ogier arrives in Porto on the back of a successful pre-event test and admits his focus is on one thing: departing the country with an expanded lead in the drivers' title race.

The series leader said: "We've done a lot of testing in Portugal over the past couple of months and done some further development work on the car – that's definitely a confidence booster ahead of this rally.

"The competition is even closer this year and every team has a chance of victory. Opening the road on the first day will probably make it harder for us, but we come to Portugal with high objectives and a focus on increasing our championship lead once again."